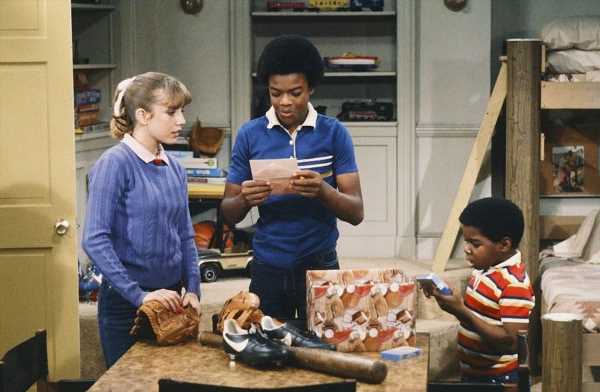 Many TV fans would call the late 70s into the 80s the golden age of sitcoms. Shows like Three’s Company, The Facts of Life dominated airwaves with non-threatening, relaxing humor. One show from this era that stood out amongst the crowd was Diff’rent Strokes.

The show quickly became a classic during its 8-year run, and was incredibly impactful on TV for years to come.

While the show blazed a different trail than many shows in the genre at the time, the familiar sitcom trope of recurring a catchphrase was definitely present. After years of repeating the catchphrase over and over, actor Gary Coleman eventually just got sick of it.

What was ‘Diff’rent Strokes’ about?

Diff’rent Strokes was a show about two young black men from Harlem who are taken in by the rich white employer of their mother after her death to live with him and his daughter.

While the show fit the normal flow and formula of the sitcom, it was a noticeable divergence from the normal programming when it was released. The show routinely explored culture clashes and racism issues as part of its normal flow.

While the premise seems to obviously indicate that racial relations would be in the forefront of the show, this was groundbreaking in 1978 when the show was released. Sitcoms at the time were traditionally about escapist and idealized white suburban life with any mention of social struggle or class disparity conveniently left out.

While the show still kept a lighthearted sitcom tone, they weren’t shy about addressing the racial struggles of the boys.

‘What you talkin’ ’bout Willis?’

Coleman’s character of Arnold was one of the most popular of the show, and would eventually get him to the status as highest paid TV actor at the time at a salary of more than $100,000 per episode. While Coleman’s quick wit and infectious smile certainly charmed audiences, it was his catchphrase that skyrocketed him to stardom.

The catchphrase was originally drafted in the script as “What are you talking about, Willis,” according to Mental Floss.

Coleman seemed to have prophetic vision for the comedy hit the catchphrase could be though, and shortened it to its iconic “What you talkin’ ’bout Willis?” Despite producers’ attempts to limit the use of its phrase, so it didn’t lose effect on audiences, Coleman got fed up with the phrase and regularly refused to deliver the line by the end of the show.

The catchphrase wasn’t the biggest reason for the combative relationship between the producers and Coleman that sometimes saw the star refusing to appear in episodes for disputes based on pay. At only 4’10” even when in his 40s, Coleman was often portrayed to be much younger than he actually was due to stunted growth from issues related to kidney health.

This routinely upset the young adult actor, who was still being treated as a child by production. His health issues would continually trouble him until his death at the age of 42 in 2010 according to the New York Times.

One thing that made Diff’rent Strokes stand out was there inclusion of many “very special episodes” that are now a commonly parodied trope themselves within the sitcom world. These episodes often focused on very serious issues, with episodes about rape, drug use, child sexual abuse, and alcoholism.

According to Decider, one episode even guest starred then First Lady Nancy Reagan when Coleman’s character of Arnold confronted some drug dealers at his middle school. While this may seem over the top to modern audiences, 80s sitcoms loved those “after-school special” moments, and Diff’rent Strokes was no different.

In the end, that’s why fans loved the show though. It had its share of the camp and formula routinely seen in contemporary sitcoms, but actually probed serious issues. Since anyone who watched the show knows how many times Coleman said “What you talkin’ ’bout Willis?”, surely any fan will be able to forgive Coleman for getting sick of the catchphrase, even if audiences treasure it.