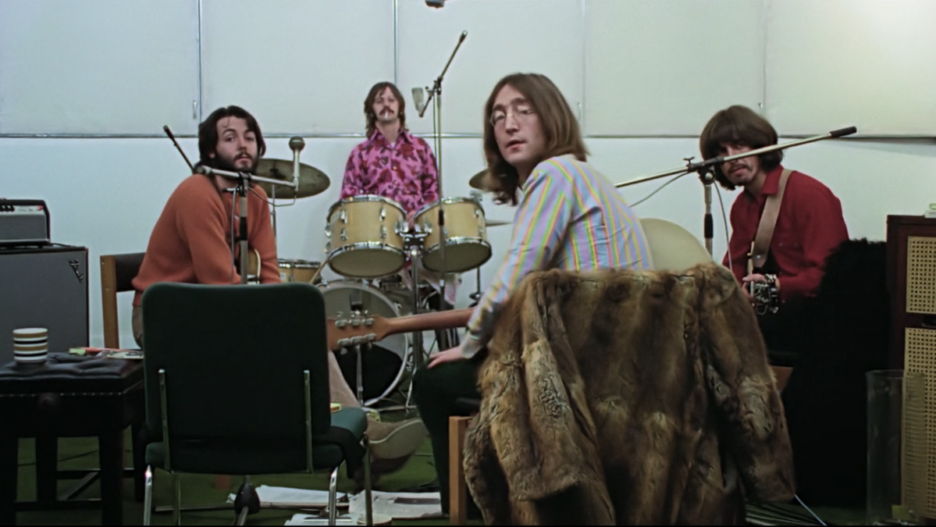 The epic three-part documentary series “The Beatles: Get Back” offers an unvarnished and voyeuristic look at a key moment in time from the band’s history, but Disney originally wanted to make one major alteration to the footage: removing the swearing.

The nearly 8-hour documentary was assembled by director Peter Jackson from 60 hours of archival footage, but as the edit came together, Disney requested that the profanity be removed from the audio. Luckily, the surviving members of the band refused.

“Disney wanted to remove all the swearing and Ringo [Starr], Paul [McCartney] and Olivia [Harrison, George’s widow] said: ‘That’s how we spoke. That’s how we talked. That’s how we want the world to see us,’” Jackson revealed to NME in a recent interview.

Walt Disney Studios originally acquired the documentary project in 2020, but as Jackson continued editing during the pandemic, he pitched the studio on extending the planned feature film into a documentary series so he could fully display all he had uncovered. Disney had the perfect home in streaming service Disney+, but the family friendly nature of Disney+ spurred the studio to request that the profanity be removed.

Disney previously removed two instances of the word “f—k” from the filmed version of “Hamilton” before it landed on the streaming service, a compromise that creator and star Lin-Manuel Miranda made “so the kids could see it.”

When it comes to “The Beatles: Get Back,” however, it was important to Jackson to not present a whitewashed version of the footage, which meant leaving the profanity intact. And for Paul and Ringo’s part, Jackson told NME the surviving members of the band didn’t request that he change a thing after seeing the documentary for the first time.

The series offers unique insight into an important moment in the band’s career, the recording of the album that would become “Let It Be” which came a year before the band would formally fracture and break up. And while tensions are clear in the docuseries, it’s also amazing to see how strongly John, Paul, George and Ringo connect when all playing music together in the same room.

The fly-on-the-wall approach here would have been broken had edits been made for language, so thankfully Disney was convinced to make the right call.

TheWrap has reached out to a rep for Disney+ for comment.