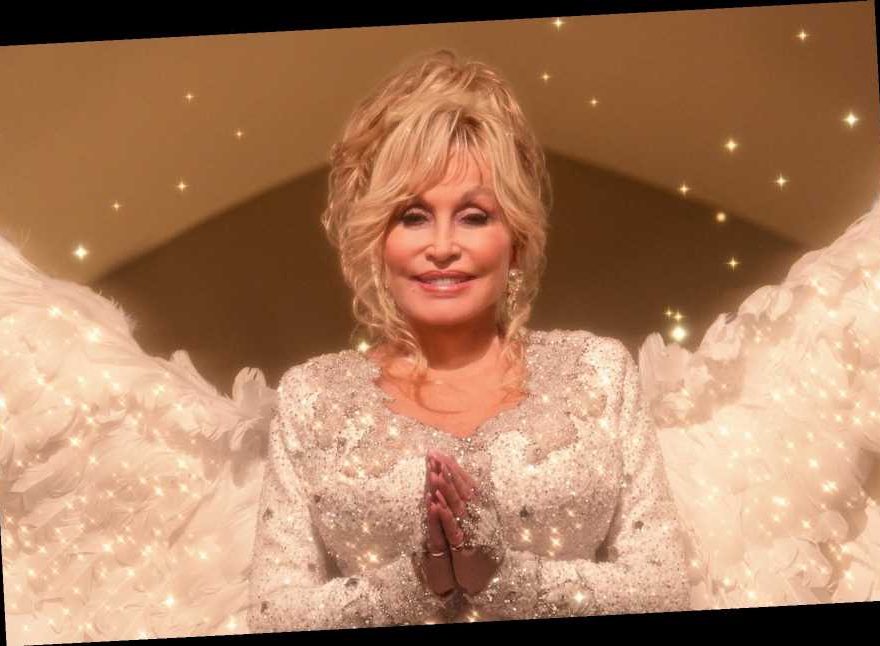 Dolly Parton is an angel attempting to save a town in Christmas on the Square, a new musical out on November 22nd via Netflix.

The trailer features Regina Fuller (Christine Baranski), a Scrooge-type woman who tries to evict the residents of her hometown and sell the land to a mall developer during the Christmas season. Playing a role similar to Clarence Odbody in It’s a Wonderful Life, Parton arrives to change Fuller for the better.

“You find that light and it will lead you to the part of you you lost,” she tells Baranski’s character. “The part of you that can be happy.”

The country legend is also slated to release Dolly Parton, Songteller: My Life in Lyrics, on November 22nd. Published by Chronicle Books, the book is a visual memoir and an annotated songbook of 175 Parton tracks. Just this week, she brought Stephen Colbert to tears on The Late Show while singing him an old folk song.