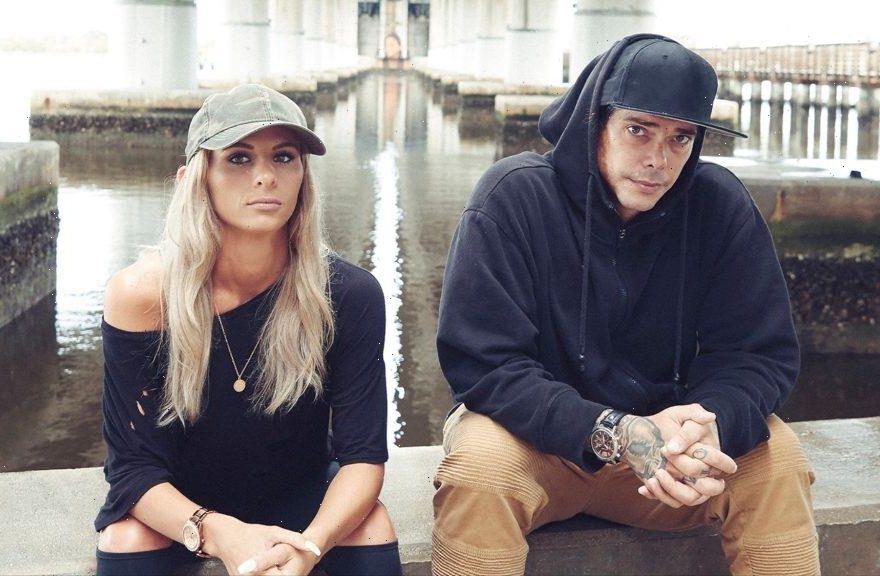 After watching Hulu’s Dopesick, many viewers want an update on Frankie Holmes from the 2018 documentary Dopesick Nation. The two shows both tackle the opioid epidemic in America. In Dopesick, viewers watch fictional characters struggle with addiction to OxyContin. However, in Dopesick Nation, Allie Severino and Frankie are two recovering addicts who try to help pull others out of addiction. By the end of the Vice TV series, viewers realized that Frankie had fallen back into his old habits in 2018. Where is Frankie Holmes from Dopesick Nation in 2021?

What happened to Frankie from ‘Dopesick Nation’?

In the final episode of Dopesick Nation Season 1, viewers find out that Frankie was “using pain pills, cocaine, and marijuana for weeks.” Allie tried to have an intervention by inviting Frankie’s mom to talk with them. Frankie admitted that he felt like a hypocrite using suboxone to wean himself off of drugs. In Hulu’s Dopesick Episode 6, Samuel Finnix goes through something similar. The doctor contemplates whether a similar drug, methadone, could help him recover from his OxyContin addiction.

Frankie wasn’t sure what his next move would be. He also explained that he could no longer work in treatment with other addicts. Allie and Frankie’s mother suggested that he go to a detox center; however, he did not want to do that. Frankie hated how the suboxone made him feel but insisted he tries it for two weeks and hopefully feels better.

Where is Frankie Holmes from ‘Dopesick Nation’ now, in 2021?

On Oct. 12, 2021, Allie Severino shared an update on Frankie Holmes from Dopesick Nation. Allie shares updates about her life and recovery on social media. She celebrated 12 years of recovery in December 2020. In a recent post, a follower asked about Frankie.

“You can find Frankie at @fuccheroin,” Allie responded to a fan on Instagram. “I wish he would post more as well, but he had some serious health issues that he has battled. He’s doing much better, but I know Instagram has probably been low on his priority list- but he needs and loves the love from you guys.”

The last time Frankie posted on his Instagram account was Sept. 13, 2018, the day after the premiere of Dopesick Nation. He isn’t active on social media, but Allie sometimes shares updates about him on her account.

“Frankie is sober now and living with his mom in Ohio,” Allie told followers on Instagram on Oct. 7, 2020. “He’s a warrior and an inspiration. The world is lucky to have people like Frank.”

‘Dopesick Nation’: Where did Frankie get his scars?

In an episode of Dopesick Nation, Frankie shared with viewers how the scars on his neck happened.

“This injury on my neck is originally from a car accident,” Frankie told viewers via ViceTV. “I overdosed in Miami off of one bag of Dope, the tiniest bag I’ve ever seen. It was carfentanil. Apparently, I hit three parked cars, floored it again, and rear-ended a city bus at like 40-45-50. The next thing I know, there’s blood on my neck.”

Frankie was thankful he didn’t hurt anyone else in the accident. He spoke about the scars on his face in the documentary film American Relapse. He explained that he was working with roll bars for cars during a day job. While pulling the roll bars, which were scored in boiling water, one of the bars wrapped around his face.

Dopesick Nation is available to rent or buy on Vudu, Google Play, Amazon, or iTunes. Dopesick is currently streaming on Hulu.