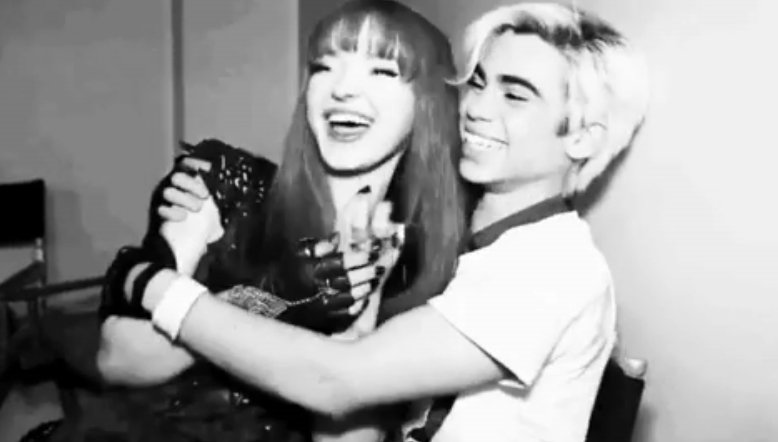 Dove Cameron is continuing to pay tribute to her late Descendants costar and friend, Cameron Boyce.

On Sunday, Cameron, 23, shared a series of black and white photos of the two hugging each other and laughing. The Instagram post comes over a week after Boyce’s sudden death at age 20.

The Liv and Maddie star did not caption the video but did receive support from her followers in the comments, as she did when she first broke her silence after Boyce’s death in a six-part emotional Instagram video last Tuesday.

In the video, Cameron struggled get through reading her handwritten note as she tearfully paid tribute to the late Disney Channel actor, who she referred to as an “earth angel.”

The actress began by explaining that it had taken her three days to speak out about Boyce’s sudden passing, in part because she had trouble coming to terms with her feelings and emotions.

However, after going to therapy, Cameron said she felt ready to open up about the loss of her friend.

“I felt really weird about posting about Cameron on social media because I felt really emotional and private and intimate and social media is the opposite of that,” she shared in the black-and-white video. “I just couldn’t quite reconcile the two or make them fit so I didn’t know what I was going to do.”

“I’ve decided that the only way to get through it right now is to be expressive and connective,” she continued, before revealing her open letter. “The last 72 hours have felt like two weeks, and I’ve spent them trying to make my thoughts and feelings into words and communicate about anything I’m feeling.”

The Disney Channel star went on to express her condolences to Boyce’s family.

While getting choked up, Cameron said to his parents and sister, “You are all I can think about. My heart aches for you, I’m broken for you. I have close to nothing left, which tells me some small percentage about how you must be feeling.”

Cameron continued by noting how special Boyce was, recalling specific moments from their friendship in which the actor went out of his way to help her.

“Cameron was one of my favorite people alive in the world. Though I know that’s not unique to me, Cameron was magic — an earth angel,” she said. “Over the last six years, since he was only 14, Cameron talked me down from countless ledges, talked me through eating disorders, helped me out of a dark relationship and through endless breakdowns.”

She also called her costar “undoubtedly the most talented person most of us will ever know” and recognized how he “was always good and kind,” “selfless and generous” and “an ultimate example of a human being.”

“Goodbye my dear, dear friend and brother,” she finished. “You leave behind a colossal wake, a profound chasm that can never be filled, but you also leave millions and millions of deeply impacted, hope-filled and loved-filled human beings who are who they are because of you and how you spent your brief 20 years on this Earth.”

“What a gift you were; you turned the world on its head,” Cameron added. “We can all only hope to be half the human that you were and you deserved so much more time … I will spend the rest of my life missing and loving you, and I’m all the better for knowing you.”

News of Boyce’s death was confirmed by the actor’s family on the night of July 6.

“It is with a profoundly heavy heart that we report that this morning we lost Cameron,” a family spokesperson said in a statement to PEOPLE.

“He passed away in his sleep due to a seizure which was a result of an ongoing medical condition for which he was being treated. The world is now undoubtedly without one of its brightest lights, but his spirit will live on through the kindness and compassion of all who knew and loved him,” the family spokesperson said. “We are utterly heartbroken and ask for privacy during this immensely difficult time as we grieve the loss of our precious son and brother.”

The Los Angeles-born Boyce was best known for his role as Luke Ross on Disney Channel’s Jessie and as Cruella de Vil’s son Carlos in the Descendants TV movies.

On Thursday,  Disney Channel announced that the upcoming red carpet premiere of Descendants 3 was canceled in the wake of Boyce’s death.

“We’re proud to be part of Cameron Boyce’s legacy by showcasing his talents on screen, but we are canceling the red carpet premiere event for Descendants 3 (scheduled for July 22),” the statement read.

“And instead, The Walt Disney Company will make a donation to the Thirst Project, a philanthropic organization to which Cameron was deeply committed,” the statement continued.

The Thirst project “is a nonprofit organization that works with the support of young people to END the global water crisis by building freshwater wells in developing communities that need safe, clean drinking water,” according to the organization’s website.

“With permission from the Boyce family, Disney Channel will dedicate the telecast of Descendants 3 in Cameron Boyce’s memory,” the statement added.

Following an autopsy, Boyce’s family said that his “tragic passing was due to a seizure as a result of an ongoing medical condition, and that condition was epilepsy.”