Back in 2012, it emerged that Woodyatt, who is now the programme’s longest serving character, would be allowed to take a six-week break from the show after then spending an impressive 27 years in Albert Square without any interruption. Producers allowed him to have the break and following that stint he has continued to be a mainstay of the show, which turned 35 years old this year. At the time, writers had already planned for his absence by creating a storyline that would allow Woodyatt time away from the BBC set.

Then an out-of-luck chip shop owner, Ian suffered with massive financial pressures – as well as an upcoming wedding to Mandy Slater.

Such was the pressure being put on Ian, the character endured a mental breakdown before disappearing altogether.

Lorraine Newman, the show’s executive producer, explained in 2012 that a dramatic scene would see Ian finally have enough.

She said: “Adam puts in a fabulous performance as a man teetering on the edge of a breakdown, who finally spirals when delivered a catastrophic blow by someone close to him.” 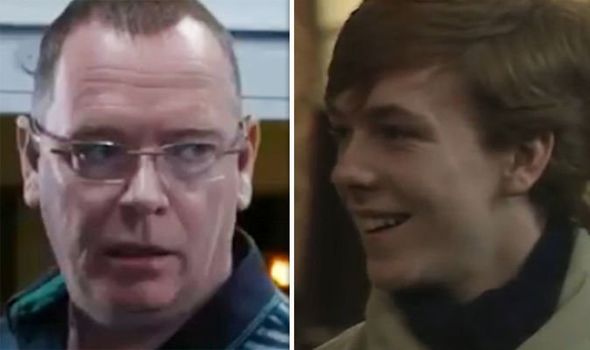 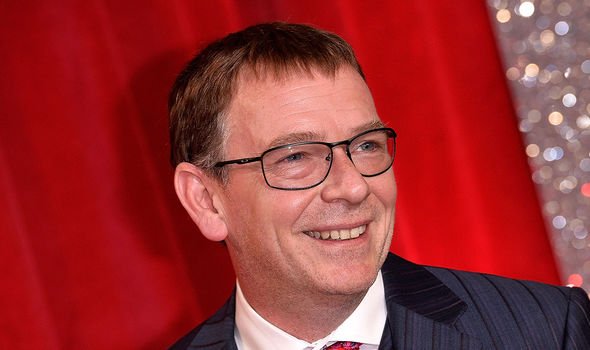 With the coronavirus pandemic decimating filming for the soap, producers have opted to create a new documentary hosted by Stacey Dooley entitled ‘EastEnders: Secrets from the Square’.

Each Monday night, two stars of the show will chat to Stacey to discuss their life on the soap and some of their favourite moments.

Such is Ian’s status, it is unsurprising he is set to appear on the show tonight – alongside long-time co-star Letitia Dean.

Dean is known for playing Sharon Mitchell, the woman who sparked the infamous ‘Sharongate’ frenzy back in the mid-Nineties. 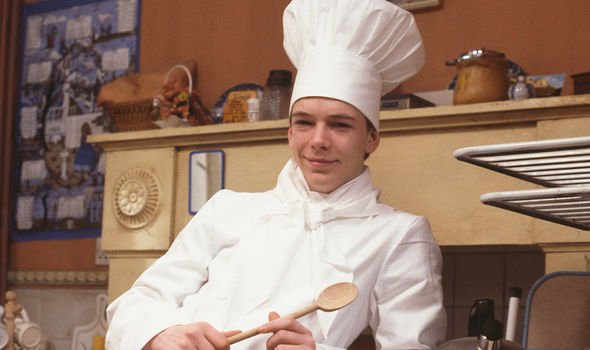 The programme will begin at 8pm tonight, with an iconic episode – this week featuring one of Sharon’s greatest episodes – shown on Tuesday nights from 7.30pm.

Tomorrow’s edition features the fallout of ‘Sharongate’ after Grant Mitchell finds out his wife Sharon has been having an affair with his brother Phil.

Ahead of the episode, Dean told Dooley that during the scene she had actually been hit by co-star Gillian Taylforth – who played Kathy Beale.

In a clip released by the BBC before the documentary, Dean said some viewers thought the slap she sustained was “camera trickery” but the reality was from it.

She said: “We actually hit each other in those days!” 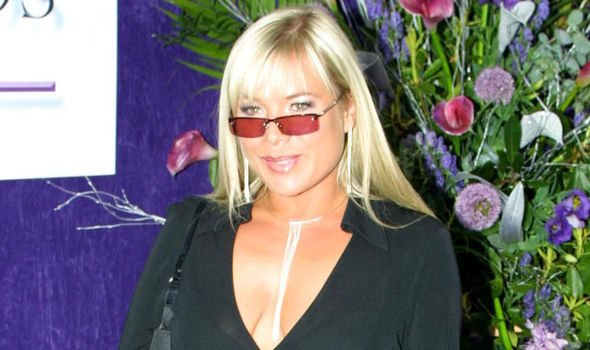 Dean was then quizzed as to whether the scene was done in one take to ensure she didn’t get slapped again, but the actress replied: “I probably got hit a few times, actually!”

Speaking about the new offerings to replace the normal soap, Kate Phillips, Controller of BBC Entertainment, said: “EastEnders has been at the heart of BBC One since its inception 35 years ago.

“While going off air was never in their plan, we and the EastEnders team knew straight away that this would be the perfect opportunity to celebrate the show, look back on cherished memories of all those momentous episodes while taking a look around Albert Square and they may just give us some teasers as to what’s to come when they return.”