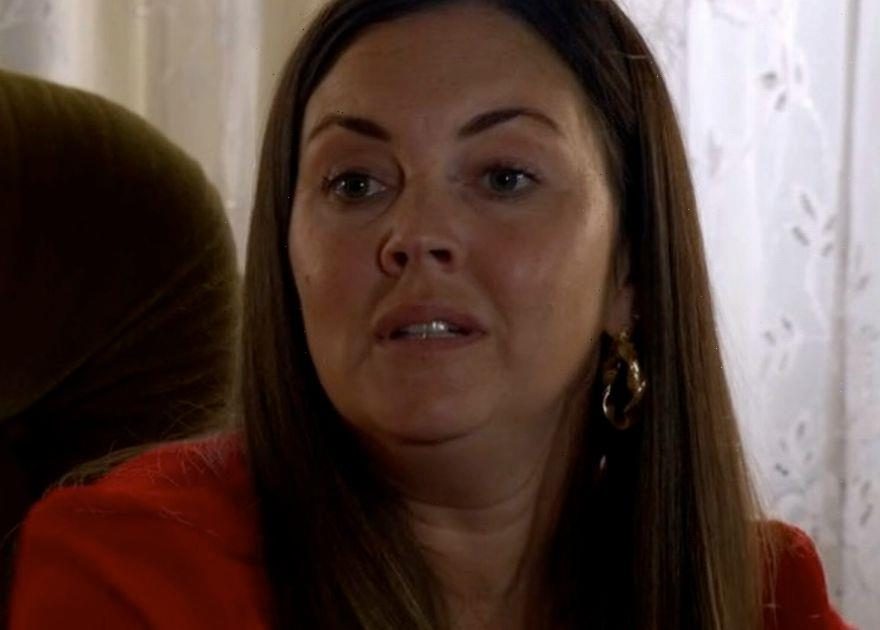 Stacey Slater revealed to her mother Jean that her cellmate Eve is her new wife on Thursday's episode of EastEnders.

Earlier this week, Stacey ( Lacey Turner ) made an explosive return to Albert Square following her stint in prison and dropped the bombshell that she was married to her ex Martin Fowler (James Bye).

On Thursday's episode, Stacey revealed the news to her mother Jean where she announced she was married to her cellmate Eve.

During the latest instalment, Stacey received a visit from her probation officer following a disagreement with her landlord due to a missing watch.

The probation officer explained she was willing to give Stacey the "benefit of the doubt", she added: "You need to sort this out with your landlord. If you've nowhere to live it causes a lot of problems.

"There's Eve to consider as well… I know what she's like, she needs a place to call home. I was very pleased when I heard Eve had got married and has a wife. But Stacey, you need a lot more than love to see you through…"

Jean started to get confused as she questioned who Eve was to which Stacey revealed: "I got married mum, Eve is my wife…"

To which her mother looked stunned at the news as the episode came to an end.

Heather Peace – who many will recognise from her time as Nikki Boston in Waterloo Road – will be the latest star to join the cast of EastEnders in scenes that will air Friday 29 October.

She plays feisty ex-con Eve Unwin and shows up on Albert Square in suitably dramatic fashion.

Stacey returned to Walford after she was wrongly sent to prison due to Ruby Allen (Louisa Lytton) claiming she had pushed her down the stairs.

However, Jean Slater got revenge last month as she framed Ruby for the cannabis farm that had been left by Big Mo (Laila Morse) before her exit earlier this year.

Soap watchers have been left delighted over Stacey's return as they took to Twitter to share their thoughts.

One person said: "I can’t tell you how happy it makes me to see Stacey on screen again #EastEnders."

A different account put: "Stacey I missed you welcome back. #EastEnders."

Another follower commented: "So good to have Stacey back #EastEnders."

While a different viewer added: "God I’ve missed you @LaceyTurner so glad Stacey is back on the square #Eastenders."

To read even more soap interviews and spoilers, sign up to our daily OK! newsletter. EastEnders continues on BBC One.