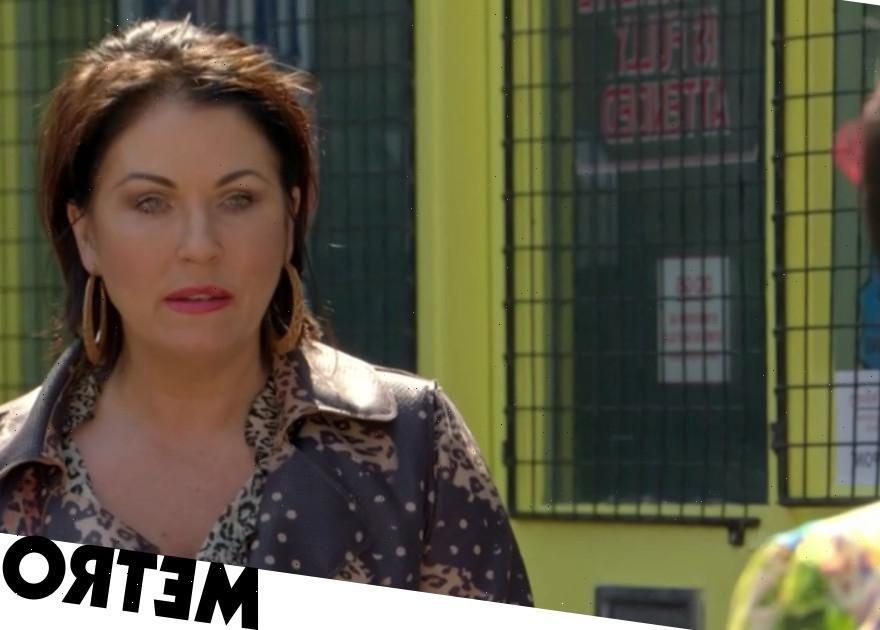 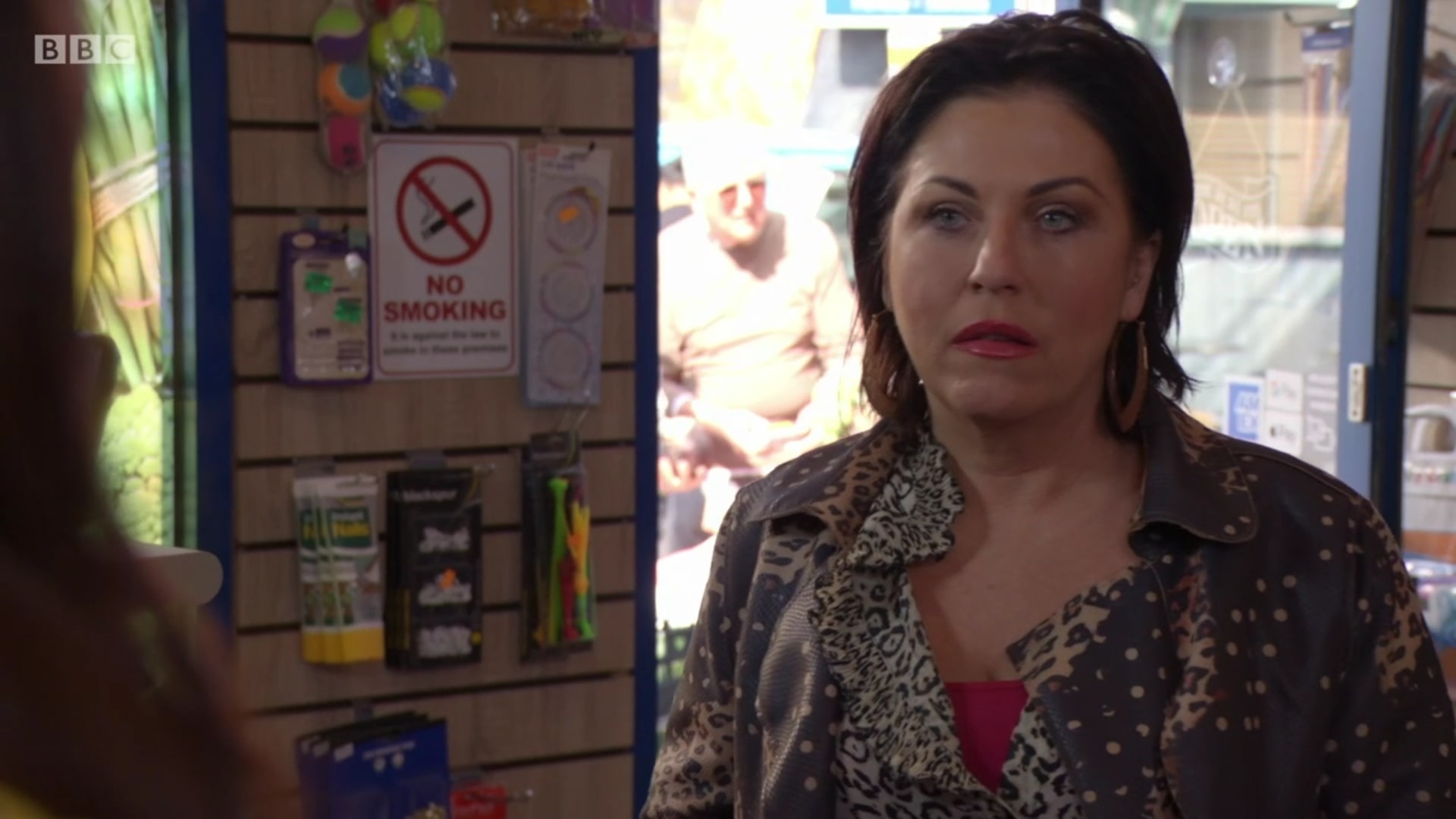 EastEnders fans were left puzzled by the soap’s decision to have Kat Slater appear unsympathetic towards Isaac Baptiste.

The stalwart of the BBC One soap refused to jump to Isaac’s defence in tonight’s episode, after local parents started to leave cruel comments about the teacher online.

Lola Pearce (Danielle Harold) was left crushed when she set her sights upon the hate targeting her boyfriend, while Honey Mitchell (Emma Barton) reassured her that not all parents feel the same.

But Kat, who popped in for a paper, did not defend Isaac. In fact, she made it quite clear that she didn’t want him teaching her kids.

‘He couldn’t do the job!’, she yelled. ‘I nearly stopped Tommy doing the football trial because Isaac mucked up.

‘When [Isaac comes home] I’ll be as happy as everyone else, but teaching my kids? I don’t think so Kim!’

Fans of the BBC One soap were appalled by Kat’s insensitive comments. And it wasn’t just the nature of the comments that upset viewers, but the fact that they came from the mouth of Kat Slater who they felt would never say such things about mental health.

Many made reference to Jean (Gillian Wright) and Stacey’s (Lacey Turner) bipolar, and how Kat has always been there to support them.

Yes, it’s safe to say viewers were not pleased with Kat’s characterisation, or lack thereof, with some calling for the soap’s writers to ‘sort it out.’

‘Don’t like the way, the writers have changed Kat since she’s got involved with Phil and the Mitchells,’ wrote one fan.

‘How awful of Kat to not show any compassion as she knows too well about mental health with family background, it’s a shame they changing her character.’

‘I’m shocked at her character right now! She should be defending Isaac who teached Tommy when he struggled with his dyslexia.’

‘Kat?!’ exclaimed another viewer. ‘Surprised she’s being like this towards Isaac considering her family’s history with mental health.

Kat’s bizarre pairing with Phil Mitchell (Steve McFadden) has similarly been questioned by fans of the show, with many claiming that the character would never partner up with the hard-man, given his dodgy dealings and penchant for threats and violence.

‘i actually despise kat and Phil sorry’ wrote one fan earlier this month.

‘Hate how Kats characters being destroyed,’ added another. ‘She needs away from Phil asap.’

Hard to argue with that.

EastEnders continues Tuesday August 17 at 7:30pm on BBC One.