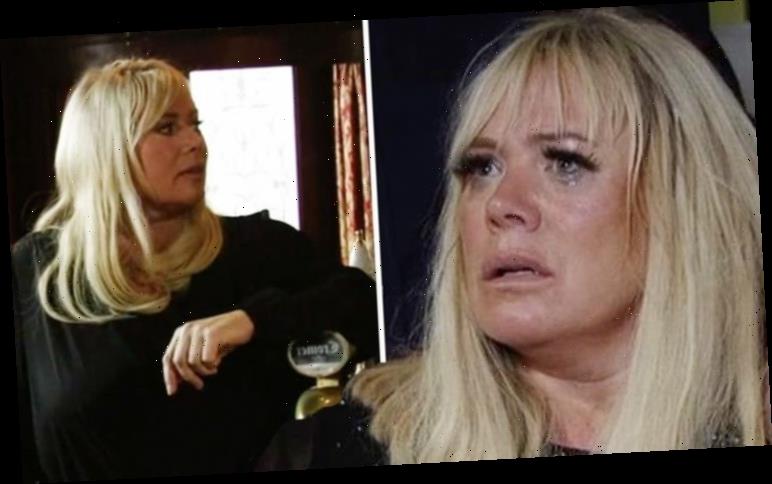 EastEnders resident Sharon Mitchell (played by Letitia Dean) grew up in the iconic Queen Vic and has finally regained her rightful position as landlady after Ian Beale (Adam Woodyatt) thwarted Phil Mitchell’s (Steve McFadden) revenge plan. The grieving mother has no idea her close friend was involved in Dennis Rickman’s (Bleu Landau) death but Dotty Cotton (Milly Zero) knows the truth and could be about to cause Sharon’s world to come tumbling down around her.

Dotty knows during the Queen Vic boat party, Ian trapped Dennis below deck to teach him a lesson for bullying Bobby Beale (Clay Milner-Russell) and failed to rescue him in time when the boat started to sink.

After blackmailing the business owner, he called the police on her to shut her up once and for all.

Dotty confronted Ian after discovering he had got her kicked out of university: “You’re going to regret this, do you hear me?”

“Aww kick you out, did they?” Ian replied and she admitted she’d been suspended. 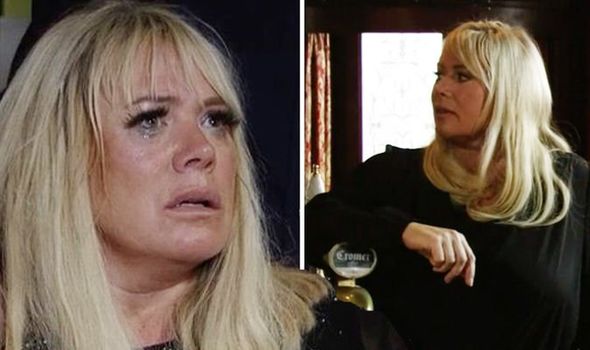 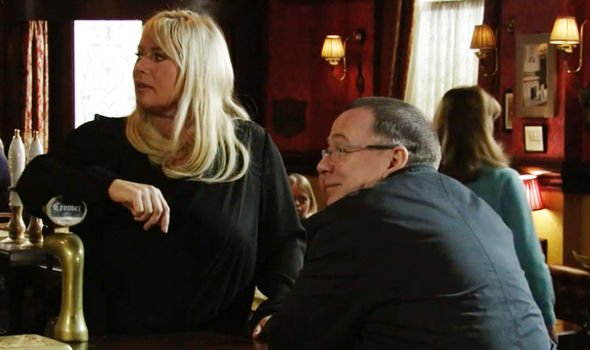 “Oh it’s such a shame, you could have made something with your life,” he quipped.

Dotty hit back: “Right that’s it I’m talking to Sharon and I’m telling her everything.”

“Threaten me as much as you want, you are not going to ruin my day,” Ian said.

Dotty warned Ian she would tell Sharon he was to blame for her son’s tragic death but he didn’t listen. 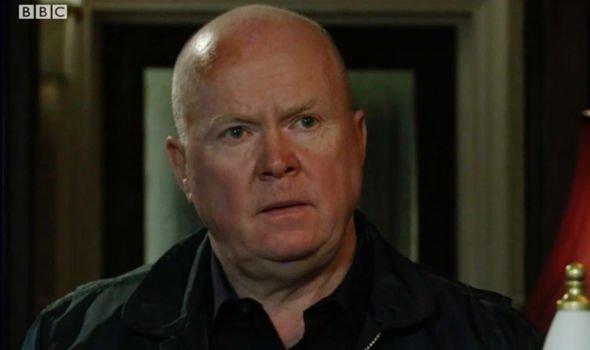 “And who do you think they’re going to believe? Ian asked. “Some lying little tramp who’s just got booted out of uni?

“You haven’t got any evidence, so you start making up wild accusations about me it’ll just sound like revenge.

“I was just doing my civic duty reporting a crime so how about you stop blackmailing me, you stop hanging around my sons like a bad smell and you start being on your best behaviour.”

Later, Mick Carter (Danny Dyer) revealed he had sold the pub to Ian and Sharon but the new mum’s happiness could be short lived.

Dotty won’t be pleased to see Ian playing happy families with Sharon and Kayden and could work on finding some evidence to prove Ian’s involvement in Dennis’ death.

When Sharon realises what Ian has done she will be heartbroken and will want nothing to do with the Queen Vic which he bought for her.

Will Sharon be forced to move out of the home she loves? EastEnders fans certainly think so.

One said: “Ian and Sharon in the Vic we all know that will only last until she finds out about Dennis. #EastEnders.”

“Okay so Ian and Sharon will happily run the pub and then around Xmas/New Years, Dotty will finally tell the truth and shit will hit the fan and then Sharon will wipe her hands of Ian, he’ll move out and Phil will move back in,” another shared.

“Ian’s smiling now but for how long, will Dotty find a way to out Ian in revenge #EastEnders,” a third wrote.

Someone else added:“What Sharon doesn’t know yet is , Ian left Dennis to die on the boat #Eastenders.”

Will the Eastenders stalwart believe Dotty if she finally spills the truth or will Ian be able to talk his way out of trouble?

EastEnders is available to watch on BBC iPlayer.