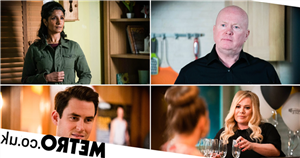 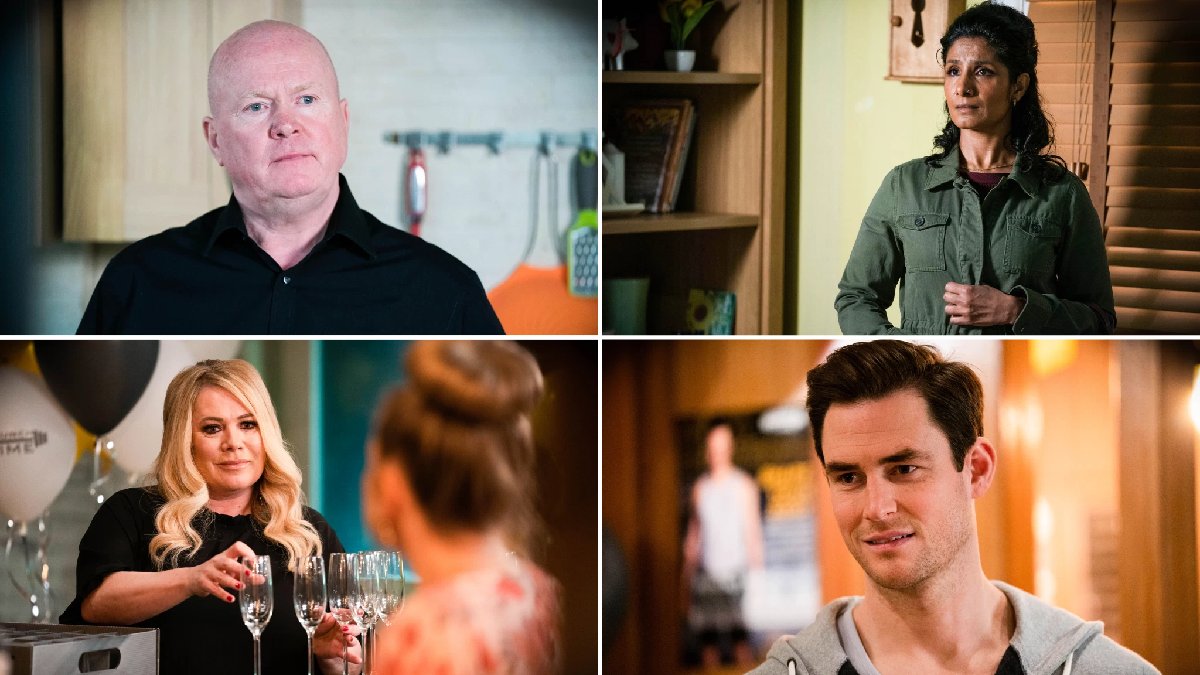 Suki Panesar (Balvinder Sopal) is back in EastEnders and straight into trouble as she seeks a loan from Phil Mitchell (Steve McFadden) before her subsequent actions then leave some Kheerat (Jaz Deol) enraged.

ack and Martin have been drinking together all night. Martin is too hungover to accompany Ruby to a doctor’s appointment, but Zack attends the gym launch. Kheerat steps in to get Zack away from a potential client and traps him in the locker room.

Later, when Nancy lets Zack out of the locker room, he takes matters into his own hands.

Meanwhile, Kat has Phil by her side as she’s discharged from hospital. However, Jean tries to warn Kat about the Mitchells.

Mila realises that her little sister Kioni has come to Walford.

Sharon is furious over Zack’s actions, so she orders him to pack his bags and leave. She then makes amends with Linda, who encourages her to remember that Zack is family.

Later, Nancy moves back home to The Vic. Sharon also informs Linda that she has asked Zack to stay after all.

Ruby returns from her appointment and reminds Martin that she needs his support. He promises to be by her side in the future.

Mila worries when Kioni mentions that she’ll be going away on a trip in two weeks’ time.

Kim arranges a date and Kat turns up at the Mitchell house with Tommy, Bert and Ernie.

Mila is determined to protect Kioni. Kathy encourages Bobby to look after her.

Suki is annoyed when Vinny tells her that Kheerat is seeing someone. Now that she’s back from her trip, Suki is also determined to get her hands on some money, but Phil refuses to give her a loan. Later, Suki interrupts Sharon and Kheerat as they spend time together at Walford East.

Kheerat enjoys Suki’s discomfort over his relationship with Sharon. The moment is interrupted when Suki receives a call from Jags.

Later, Stas returns to the Square after being called by Suki, who wants to talk business. Kheerat is annoyed that Suki is going behind his back, but she explains that Jags is in trouble.

Sonia is surprised to find Rocky in The Vic again after they’d promised to take things step by step.

Kim fails to see the truth about Dwayne and Iqra starts to worry about whether Mila really cares.