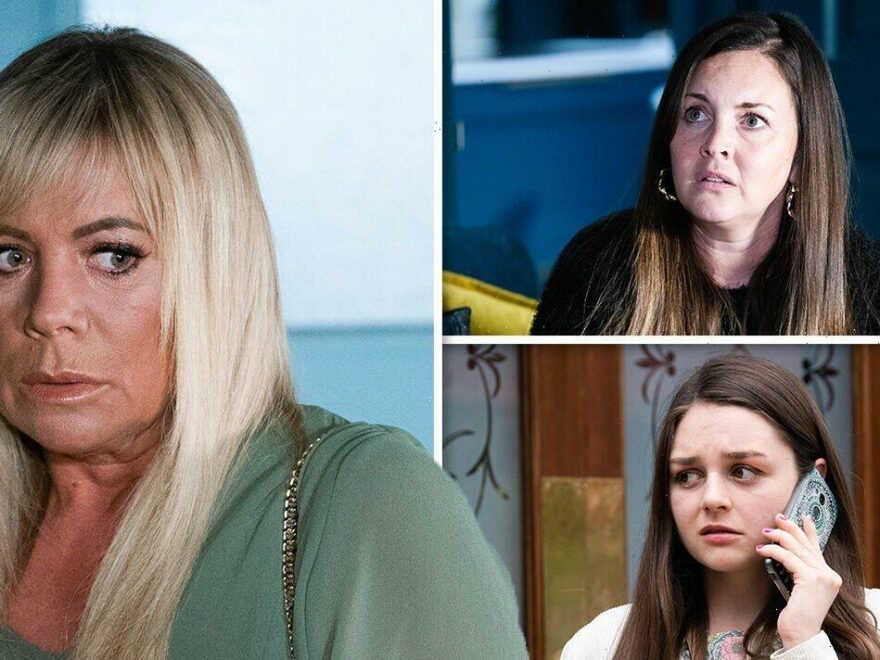 Dana Monroe (played by Barbara Smith) has been through a lot during her time in EastEnders with both she and Harvey Monroe (Ross Boatman) having to deal with the fallout of Aaron Monroe’s (Charlie Wernham) horrific gang affiliations. However, in next week’s episodes of the BBC soap, Dana may decide she wants a fresh start but is she telling her dad and Bobby Beale (Clay Milner Russell) the truth about her decision to defer her university place?

In upcoming scenes, Stacey feels she’s made a breakthrough with Jean when she agrees to go to the carnival party.

However, she immediately turns back when she steps outside she sees Harvey and Dana.

Realising what Jean has done, a guilty Harvey changes his mind about the party too and instead gives Dana his credit card to go shopping for university supplies.

Later, Dana’s concerns for her father grow when she realises he’s been drinking.

She suggests he visit Jean but he shuts her down leaving Dana even more worried. 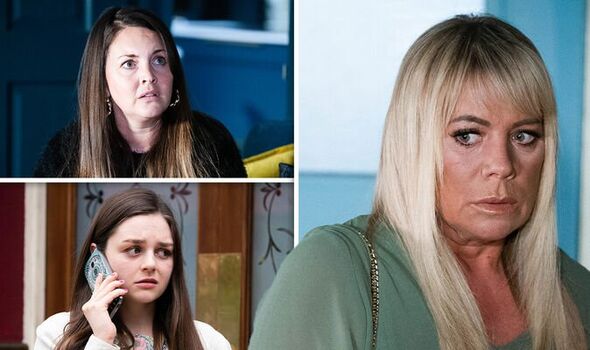 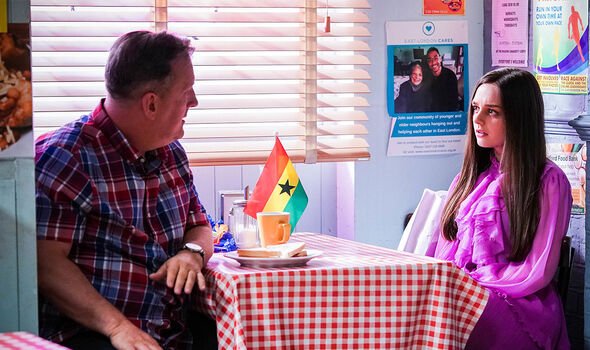 As Dana begins to doubt whether she can leave her father, Bobby, Harvey and Rocky Cotton (Brian Conley) plan a surprise party for her.

The trio suggest inviting Jean considering the close bond she once had with Dana but Harvey refuses.

Unbeknownst to Harvey, Jean overhears the rejection but the exchange is spotted by Billy Mitchell (Perry Fenwick).

He quickly tells Eve Unwin (Heather Peace) what’s happened who pays the taxi driver a visit and warns him to be more sensitive.

Harvey wonders whether he’s doing the right thing by keeping his distance from Jean and struggles with his conscience. 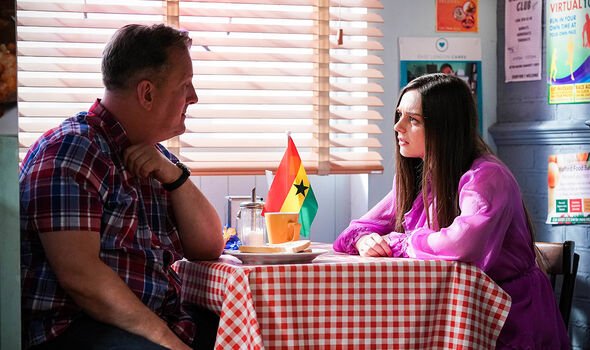 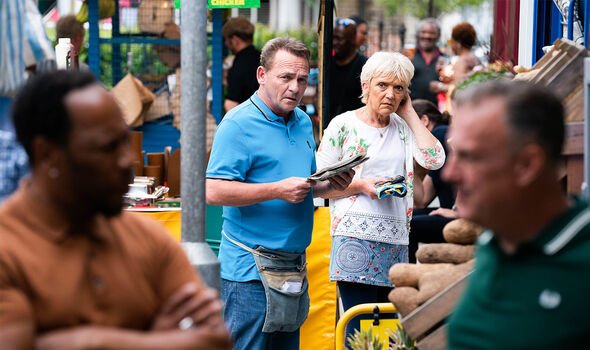 Meanwhile, Dana continues to worry about her dad and tries to defer her place at university.

Despite Bobby’s reassurances, she makes up her mind and decides she’ll be staying in Walford.

Later, Dana follows Harvey into Peggy’s while opening up about her decision to postpone her studies.

However, before he has a chance to respond everyone jumps out and surprises her.

How will Dana react to the party when she’s already decided against university?

Could she be hiding the real reason behind her wish to postpone her studies?

EastEnders fans will remember Dana had a pregnancy scare once before.

The prospective student may discover she’s pregnant with Bobby’s child and realise it’s not the best time to go to university.

Although she wants to be there for her dad she might think a grandchild is the last thing Harvey needs as he struggles to move on from Jean.

In order to stop her father from worrying, will Dana decide to leave Walford alone without letting either her father or Bobby know the truth about her pregnancy?

Dana developed a bond with Jean during her relationship with Harvey and she could provide a supportive shoulder to lean on.

Will Dana leave Walford for good or be honest about her feelings with her dad?

EastEnders airs on BBC One from Monday to Thursday at 7.30pm.