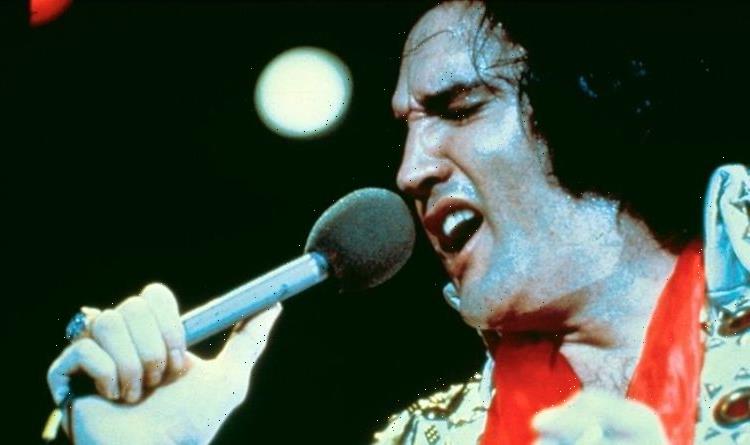 Elvis: The Rise and Fall of a King which airs on Channel 5 tonight at 10pm, sees filmmaker Eugene Jarecki road trip through America in Elvis’ 1963 Rolls Royce during the 2016 presidential campaign. Mr Jarecki explores the stars’ many ups and downs while tracing the Rock’n’Roll legend’s continued influence on American culture today. The director also draws parallels between Elvis’ transition from a country boy to ‘The King’ and America’s transition into an empire.

Elvis was a musical pioneer and cultural institution that even the most lauded musicians wanted to collaborate with.

Ms Parton once revealed that she “cried all night long” after being made to turn down Elvis’ request to cover her 1974 release I Will Always Love You.

Whitney Houston’s cover of the Country icon’s track received international acclaim after it appeared in romantic thriller The Bodyguard in 1992.

However years earlier Elvis also wanted to cover Ms Parton’s track, but was turned down over a money dispute between Ms Parton and the rock’n’roll pioneer’s management..

In The Big Issue’s Letter To My Younger Self Ms Parton wrote: “I’d been invited down to the studio to meet Elvis and be there when he sang my song.

“That’s the most exciting thing that had ever happened to me.

“But then Colonel (Elvis’ manager Tom Parker) called me the afternoon before the session and said ‘You do know we have at least half the publishing on any song that Elvis records?’ And I said ‘No, I did not know that.’

Parton added: “And I cried all night long, ‘cause I was so disappointed.

“It wasn’t Elvis, I loved Elvis, and I’m sure he was as disappointed as I was because he had it worked up and ready to go – I know he loved that song.”

Ms Parton added that Elvis had sung the song to his wife of six years Priscilla Presley, at the end of their ill-fated marriage.

Parton said: “Priscilla told me later that he sang that song to her when they were coming down the steps of the courthouse after they divorced.

“That really touched me and I thought ‘Oh well, I can only imagine,’ but it wasn’t his fault.”

Ms Parton then chose Elvis as part of the Big Issue’s “last conversation” feature, which allows its guest to speak to anyone from history, to end the feud.

She explained: “I’d probably talk about I Will Always Love You and say ‘Hey, I bet you were as disappointed as I was about all that and I still dream about you singing that song’.

“Matter of fact, I even wrote a song called I Dreamed About Elvis Last Night and I had an Elvis soundalike sing it to me and we actually sing ‘I will always love you’ in it.

“One day I’m going to put that track out, so I think that i’d talk to Elvis and just clear that up with him.”

Watch Elvis: The Rise and Fall of a King on Channel 5 tonight at 10pm.