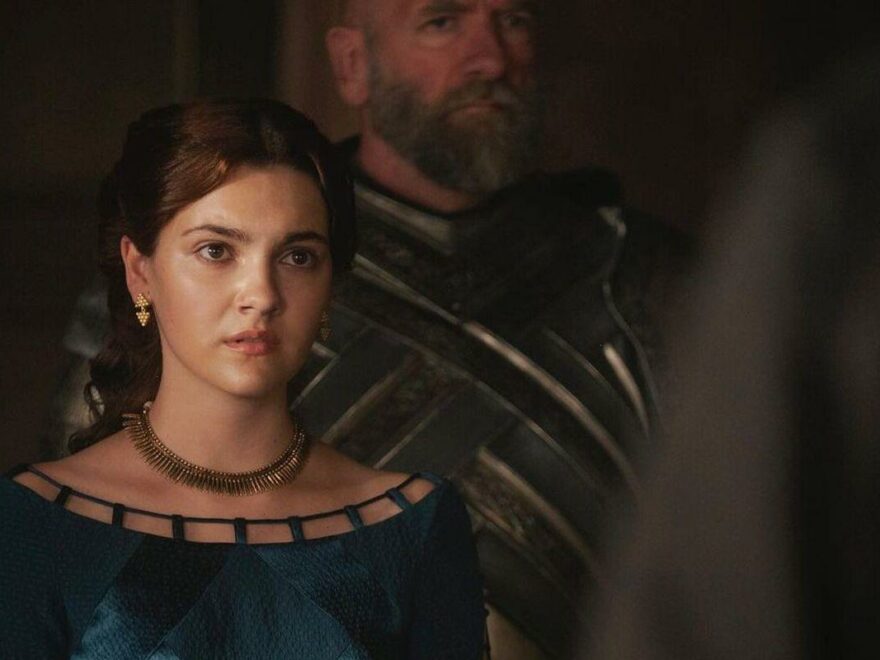 The Alicent Hightower depicter, 19, admits she felt ‘a bit concerned’ when she first read her sex scene with 49-year-old Paddy Considine for the ‘Game of Thrones’ prequel.

AceShowbiz –Emily Carey admits to feeling apprehensive about filming sex scenes for “House of the Dragon“. Starring as Alicent Hightower in the HBO fantasy series, the 19-year-old actress confessed to feeling anxious ahead of shooting sex scenes with her 49-year-old co-star Paddy Considine.

“It scared me because, at that point, I still hadn’t met Paddy. I didn’t know how much of a joy he was and how easy he was going to make the scene,” Emily told Newsweek. “The first scene that I read from the show was my sex scene and my intimacy scenes. All I saw was, you know, a 49-year-old man and me, I was a bit concerned.”

“House of the Dragon” is a prequel to “Game of Thrones“, and Emily watched the hit series avidly before she walked on set. And although she worried about shooting the sex scenes, Emily was comforted by the presence of an intimacy coordinator.

Meanwhile, Nathalie Emmanuel recently offered some advice to the cast of “House of the Dragon”. The 33-year-old actress starred as Missandei in “Game of Thrones” and Nathalie urged the cast “to just enjoy it.”

She said, “I’m sure they already know, but this fanbase, whew … They are passionate and they are amazing. And who knows how this series will be received, but I hope it’s a huge success. And if it is, it’s an experience, and it will be an adjustment, for sure.”

“If you’re not used to that level of attention or recognition, it’s definitely something. So I guess my advice would be to just enjoy it and look to each other. It was really important that we, as a group, went through all of that together and held each other down.”