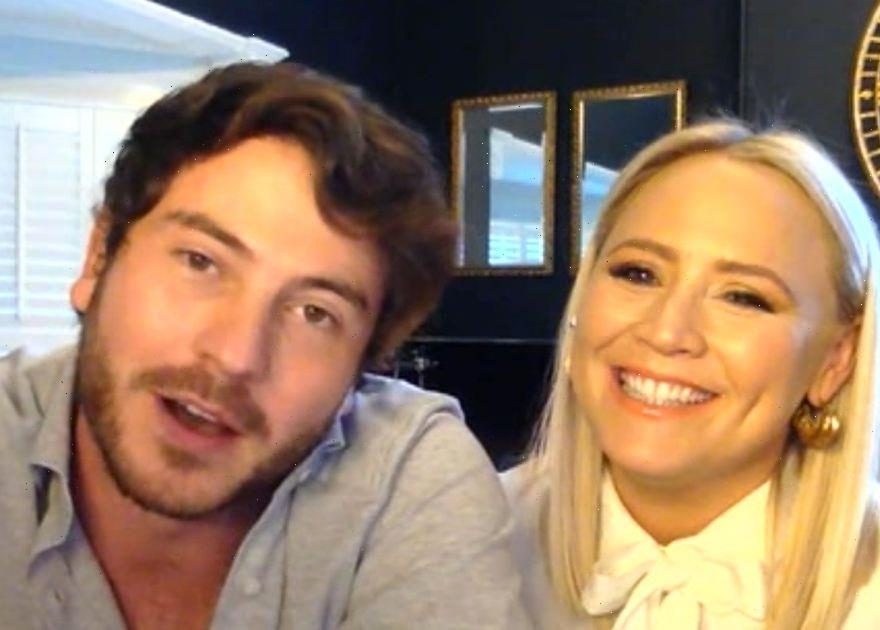 Emmerdale star Amy Walsh has teased her due date after she announced she was expecting her first child with her EastEnders actor boyfriend Toby-Alexander Smith.

The soap stars recently went public with their romance, after moving in together after just four months of dating because of the Covid lockdown.

And now, Amy, who plays Tracy Metcalfe on the soap, has hinted that she will give birth in just a few months.

She and Toby – who plays killer Gray Atkins on EastEnders – appeared on Loose Women on Friday in a joint interview.

She revealed: "It could be a Christmas baby. But my grandma was and she really hated it."

The actress, whose character recently became a first-time mum too, explained how she and Toby met too.

The loved-up couple actually got together after meeting in the Strictly Come Dancing audience supporting their friends.

She was there to cheer on eventual 2019 winner Kelvin Fletcher, while Toby was there for his co-star Emma Barton.

Amy said: "He walked in and sat next to me and I turned round to my friend and was like, 'Who is that? He's so fit!' And she was like, 'I knew you'd say that straight away.'

"We were just chatting all night and really got on."

Toby went on: "It's very snug in that Strictly audience and we were sat very similar to how we're sat now.

"Once the show had finished I went to the bar and Amy was with people from Emmerdale and as I looked over she had the biggest glass of red wine and a pack of chicken crisps and I thought that's a woman after my own heart."

Amy confessed: "I was mortified when he asked me out because I was still holding them."

The couple decided to move in together after just four months of dating after the government introduced stay at home guidelines because of the Covid pandemic.

They announced they were expecting a baby earlier in September.

Amy is the sister of Girls Aloud star Kimberley Walsh, and has been on Emmerdale as Tracy since 2014.

Meanwhile, Toby joined EastEnders as evil Gray in 2019 and eventually went on a killing spree.