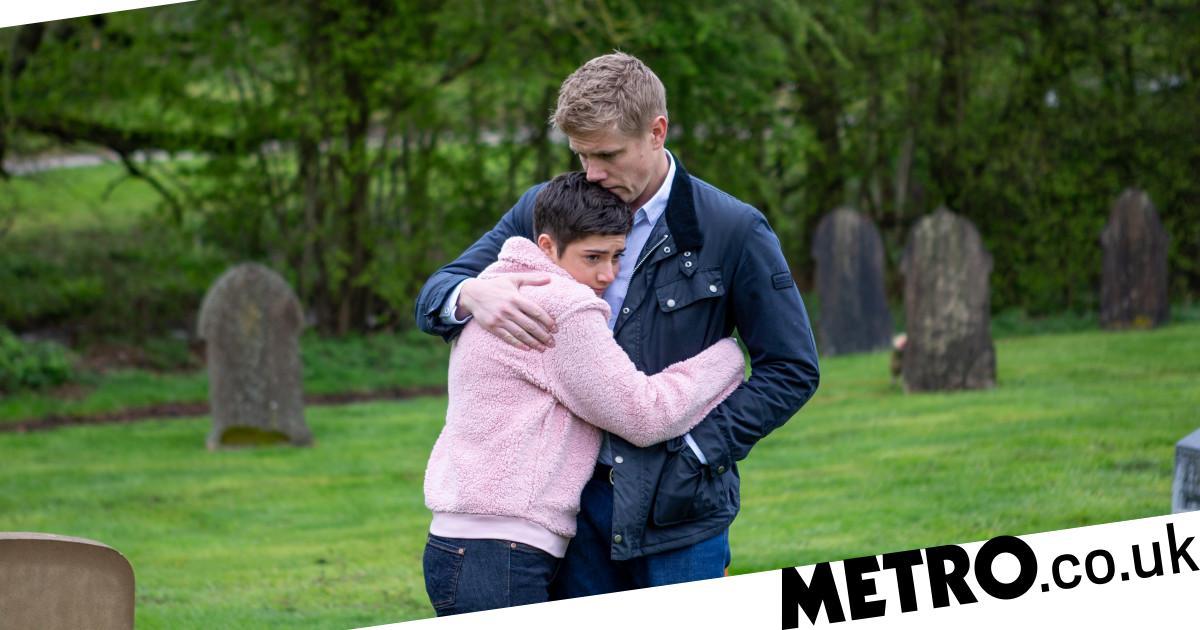 Life has changed forever for Victoria Barton (Isabel Hodgins) in Emmerdale and the actress has admitted that it has been her most daunting storyline she has had to tackle. After being raped by sinister Lee and finding herself pregnant, the old Victoria is gone forever, apart of her destroyed by the ordeal and Isabel has said that she found that hard to deal with at first.

She explained: ‘I was quite daunted by the scenes I had to do with Natalie Robb [Moira]. I’ve never had to really sob before, and I didn’t want to just scrunch my eyes up – it had to be from the soul. But that’s so exposing, having the whole crew watching you cry your eyes out. I felt really vulnerable.

‘The director was great, though. He said to me, “Victoria is dead; she doesn’t exist any more,” and that made me sad because of the woman she has become. I’ve grown up with Victoria. I’ve evolved from a girl to a teenager to a woman, and she has been on that journey alongside me. But they were like, “That’s all gone now – you’re starting from scratch.”’

That said, she has been honoured to have been gifted such a hard hitting and dramatic storyline to play out.

She added to TV Times: ‘Other stuff I’ve done has been very “soapy”, like when Victoria fell through a frozen lake and found a dead body. Or I’ve been part of big stories but on the sidelines. But this story really affects the audience, so there’s a big responsibility for me to get it right.

‘I asked the producers, “Why did you pick me?” And they said, “Because you’re ready, because it’s time, because we know you can do it.” I was like, “I hope you’re right.”’

There’s certainly no doubt that they were as Isabel continues to wow with her moving performances. And as Robert Sugden (Ryan Hawley) vows to avenge her and Wendy vies for custody of the baby, things aren’t about to get any easier.