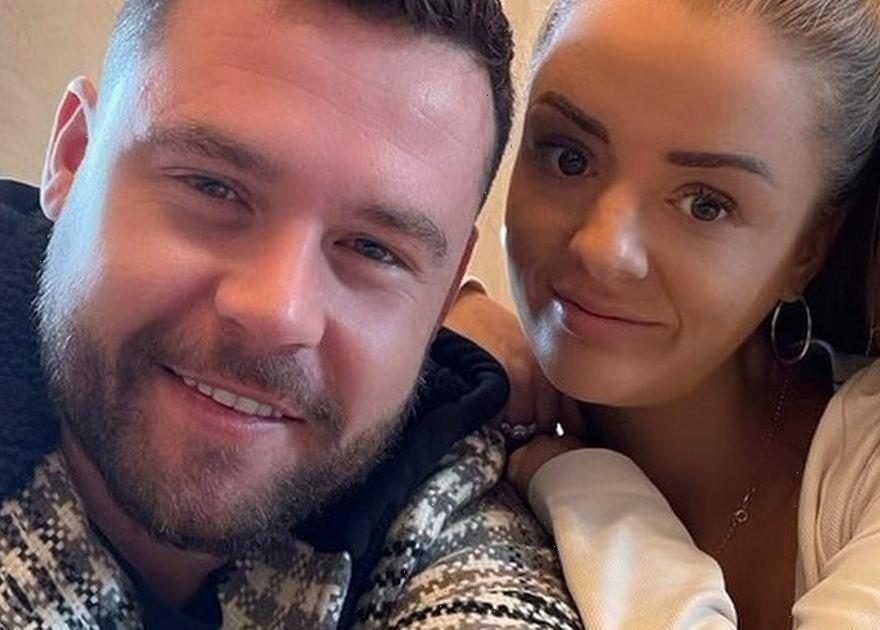 Emmerdale’s Danny Miller admits he was torn over his decision to participate in this year’s I’m A Celebrity…Get Me Out Of Here!.

He recently welcomed his first child with his long-term partner, meaning his little boy won't even be a month old while he is in Gwrych Castle.

Danny’s fiancée Steph Jones has recently given birth to their son Albert as she posted on Instagram last month: “I was lucky enough to find someone who shines bright enough to lead me out of the dark, but I never imagined to be led to the brightest place imaginable."

Going into Gwrych Castle means leaving the two behind, a decision that didn’t come lightly for the actor and resulted in long conversations with Steph before they decided that he ‘couldn’t turn down the opportunity of a lifetime’.

Danny admitted: “Steph and I had a long discussion about me taking part in I’m A Celebrity.”

“We were due to start IVF earlier this year and that would have meant the baby would have been due next March, so it wouldn’t have mattered, but then a miracle happened and Steph fell pregnant (without IVF). I knew my baby would only be about a month old when I went into the Castle.

Danny continued: “I was worried about leaving the baby with Steph on her own but she is a midwife and I know our baby will be in perfect hands. She has been incredibly supportive and she knows what a great opportunity this is to take part and so after lots of discussions, I’ve said yes!"

"I’m A Celebrity is the biggest show in the country and I want to show people what I am like as Danny rather than as Aaron. It will be nice for people to see me not crying but having a laugh! I am a fun guy at home and I’ve been known as Aaron now for 13 years – it’s good to step outside your comfort zone.”

Danny spoke to his best friend and co-star Adam Thomas, who plays Adam Barton in Emmerdale, about the upcoming competition. Adam came third on I’m A Celebrity in 2016 and Danny said: “I confided in Adam about me taking part as he is one of my best friends in the world."

"I feel like I am a step ahead as I’ve asked him questions about what it will be like. Obviously he was in Australia and this is in Wales but he has been amazing in helping to settle my nerves.”

He said: “I do like to see myself as a peacekeeper and if someone was being walked all over, I would definitely stick up for them and try to calm things down. I will definitely do my bit around the camp too. I do hope they vote for me, I want to show I have a fun side to me.”

Danny anticipates that he will be the worst at the eating challenges, saying “I fear I will gag”: “I am sh*t scared of the eating Trials! I can’t even brush my teeth without being sick and I am dreading it if my gagging reflexes start, but that said, it won’t stop me doing the Trials.

“Will I scream? I think it will be more of a yelp than a high pitch scream. It is going to be tough and I am also just hoping I don’t pass out if I have to do a coffin trial either.”

The 30 year old new dad also mentioned that he can’t wait to mingle with his fellow co-stars and is excited to pick their brains: “I am a people person and I can’t wait to meet everyone,” explains Danny. “If there is an ex footballer in there, I will definitely be asking them a lot of questions!"

"It’s exciting and as my dad said to me recently: ‘You don’t do things by half! You always wanted to be a dad and now you are also going to be on the biggest TV show.’”