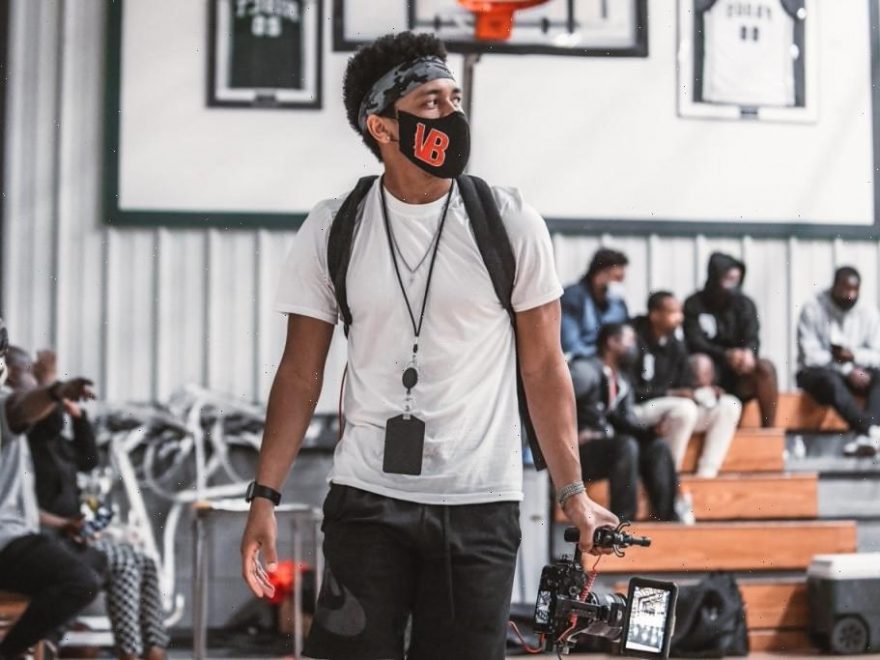 ESPN viewers regularly tune in to hear about the exploits of national teams like Green Bay Packers, Los Angeles Lakers and St. Louis Cardinals. But executives want to capture the interest of those eager for news about the high-school exploits of the Lake Travis Cavaliers of Texas, the Arizona Compass Prep Dragons and the Notre Dame Knights of Sherman Oaks. California.

To do so, the Disney-backed sports-media giant has hired Marcel “Celly” Chappell (pictured, above) and acquired the social media accounts tied to his company, BallerVisions, which is known for its social and digital presence in the high-school sports landscape. Chappell will join ESPN’s social media team as a producer, and ESPN will take control of BallerVisions’ YouTube channel and presence on Instagram, Facebooka dn Twitter.

“We haven’t been as aggressive in the high-school video highlights space, even though a number of high school games are played on air on ESPN,” says Kaitee Daley, ESPN’s vice president of social media, in an interview. Hiring Chappell will open new categories of coverage of high-school athletes, she says and “allow us to connect more deeply with the high-school sports community.” Financial terms of the arrangement were not disclosed.

The acquisition puts a spotlight on ESPN’s growing quest for youth. In recent years, ESPN has experimented with sports broadcasts that feature elements such as pop-up comments and emoji, and give younger people more of a role in coverage of certain events. All of the ideas are geared toward catching the eye of a different generation of sports fans.

Part of the chase involves broadening ESPN’s heft in the field of sports highlights, which are cut and then distributed across a bevy of social-media venues. Younger consumers often come to ESPN through looks at video highlights or snippets of traditional programs that are made available via YouTube or Snapchat, or via ESPN’s mobile app. The younger fans aren’t always turning in for a full game telecast. In January of 2020, ESPN hired the young Instagram influencer Omar Raja, known for his prowess with viral sports video and for founding the account House of Highlights.

Chappell founded BallerVisions in 2012 to help a friend and high school athlete create a highlights reel to spark interest from colleges. Since then, the company’s YouTube channel has grown to encompass more than 1,200 videos and has since 2018 garnered more than 65 million views. Meanwhile, ESPN’s YouTube network has more than 14. 5 million subscribers and has notched more than 2 billion views so far this year. ESPN says its various social media accounts have 319 million total followers across Instagram, TikTok, Twitter, and Facebook so far in 2021.

“I’m excited to see the impact we can have in the high school scene with the power of ESPN behind me and can’t wait to get started,” said Chappell, in a prepared statement.

ESPN executives had taken note of Chappell in the past as they sought out clips they didn’t already have to distribute to fans. “I just struck up a conversation with him back in 2019 to get a better sense of where he was looking to go, where he wanted to take things in the future,” Daley recounts.

Having him on board will help ESPN’s social team continue to cultivate a presence among a category of sports fan that needs to be engaged using different methods, she says. “He has really demonstrated that he can build communities on social media, and he has a connection with a younger cohort of fans we are continually working on how to reach.” Those fans may just find themselves surfacing in an ESPN video clip in the not-too-distant future.