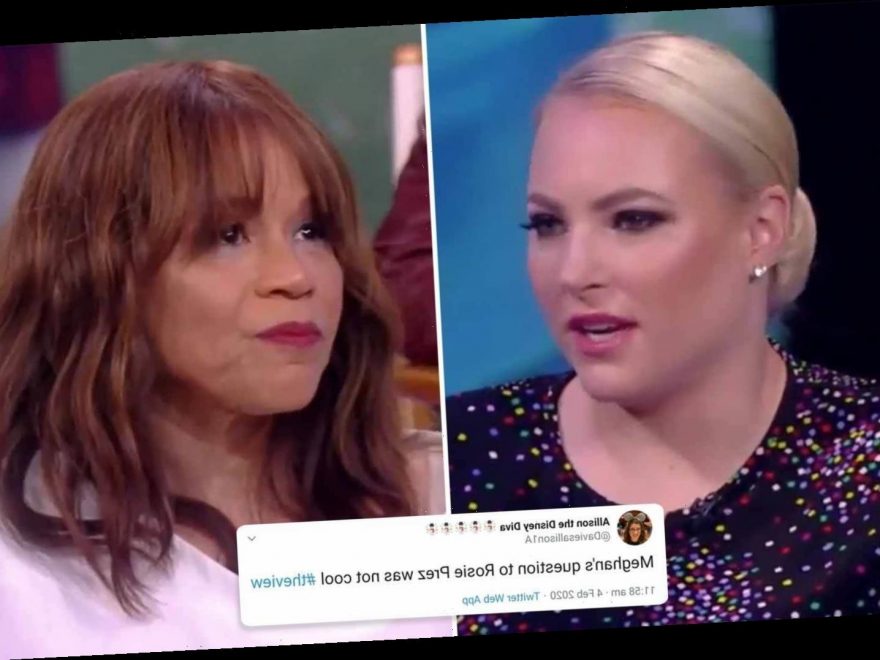 THE View co-host Meghan McCain questioned Rosie Perez during Wednesday’s show about testifying at the Harvey Weinstein trial recently, and fans were not happy about it.

Viewers slammed the 35-year-old talk show host for surprising the tearful actress with the “not cool at all” question. 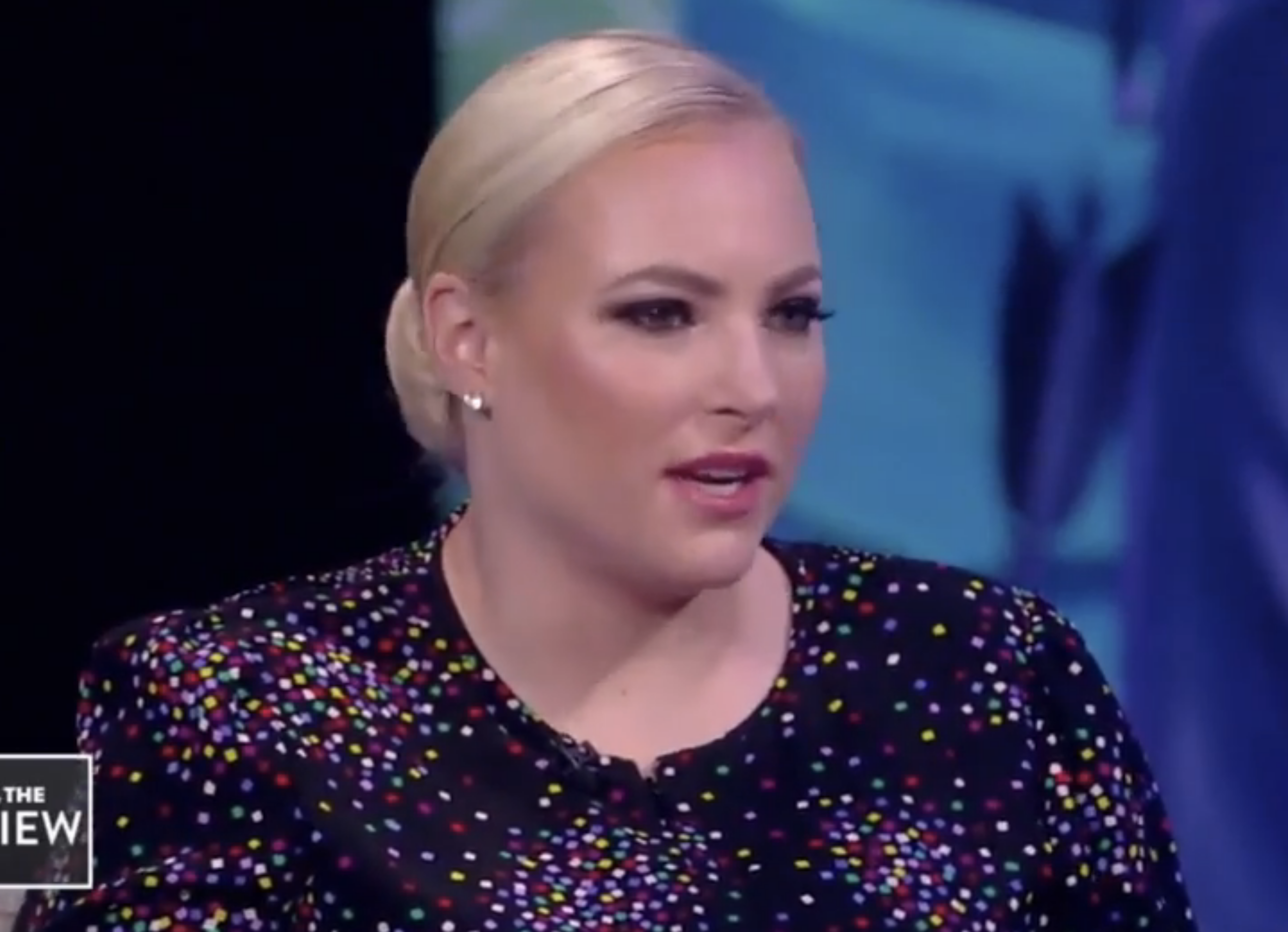 Rosie, 55, was on The View with her Birds of Prey co-stars — Margot Robbie, Jurnee Smollett-Bell and Ella Jay Basco — to talk about the upcoming DC Comics film when Meghan surprised her with the question.

After host Whoopi Goldberg stopped halfway through a question to Ella and Jurnee, saying “This is a question I’m not gonna ask,” Meghan stepped in with one of her own for Rosie.

She asked the former View co-host: “We’re sitting here talking about women, and the power of women, and you just did something I think is pretty incredible.

“You went to court to testify on behalf of Annabella Sciorra in the Harvey Weinstein trial. 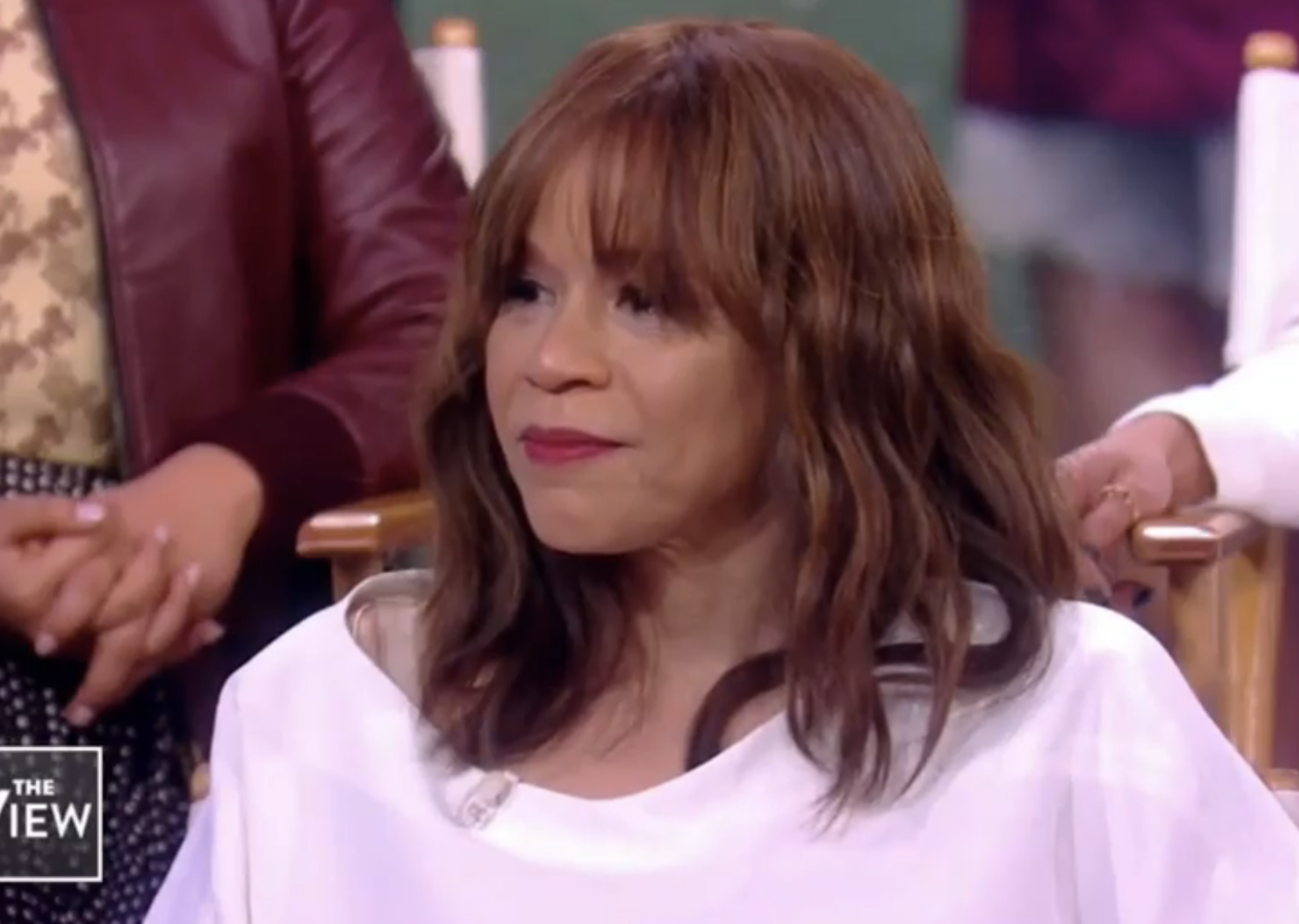 “How did it feel to support your friend in that moment? I can’t imagine.”

Viewers were quick to take to social media to rally against Meghan and the subject matter, with one writing: “Meghan's question to Rosie Prez was not cool #theview”

Another said: “#TheView Meghan just looked like an A**hole by asking Rosie Perez a Question regarding the Weinstein trial she just has to change the subject… not a good look this time Meghan….”

Rosie, who testified last month that Sopranos actress Annabella confided in her about the time Weinstein allegedly raped her, immediately began to tear up as she responded. 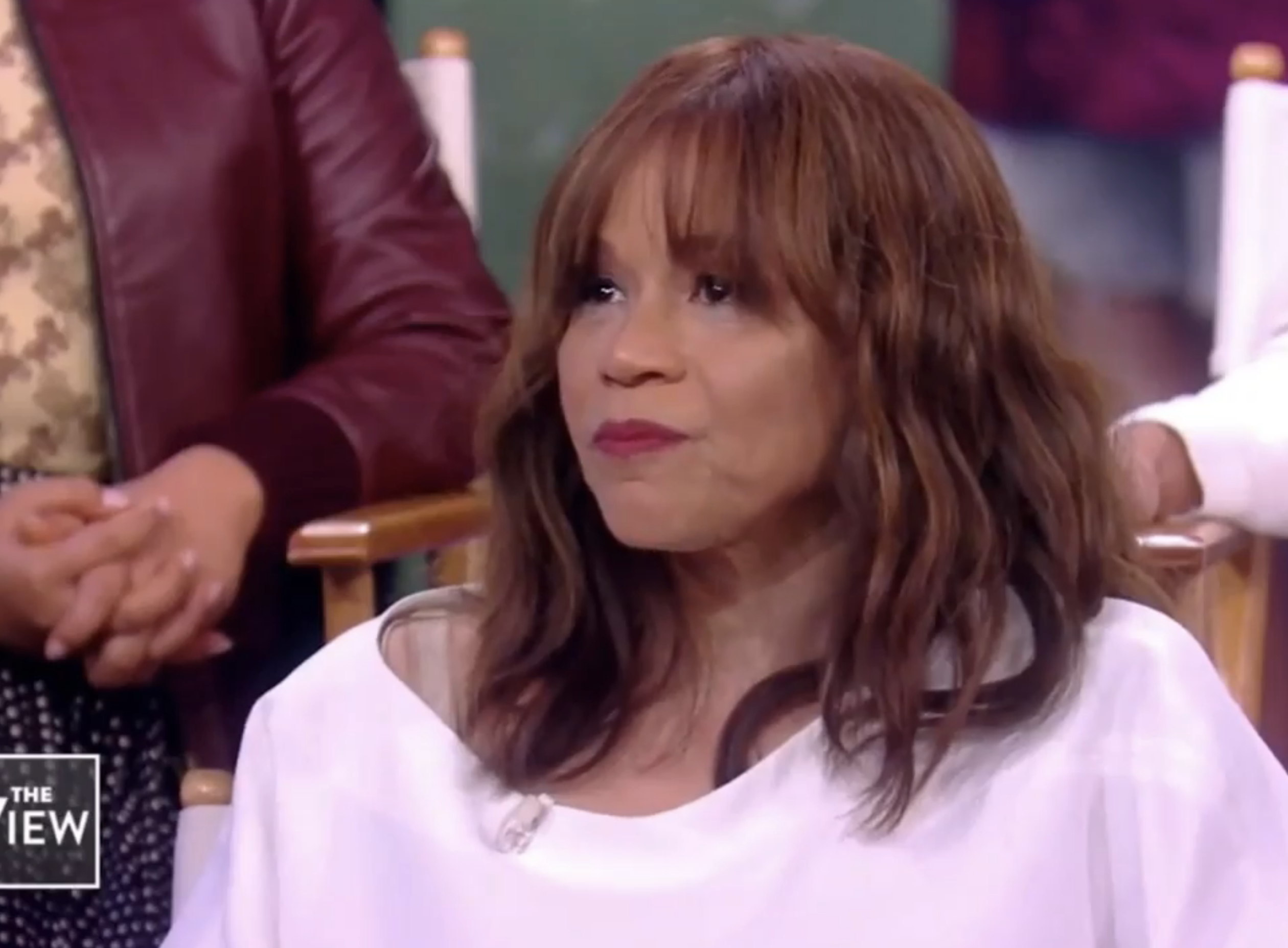 The Birds of Prey actress said: “Well, I’m not — legally, I’m not at liberty to talk about an ongoing case, as [The View co-host] Sunny [Hostin], you know.

“What I can say is that, when a friend needs you, you hope someone’s there. And she’s my friend.”

Her DC co-stars were quick to support her, giving her small squeezes on her hand and shoulder. 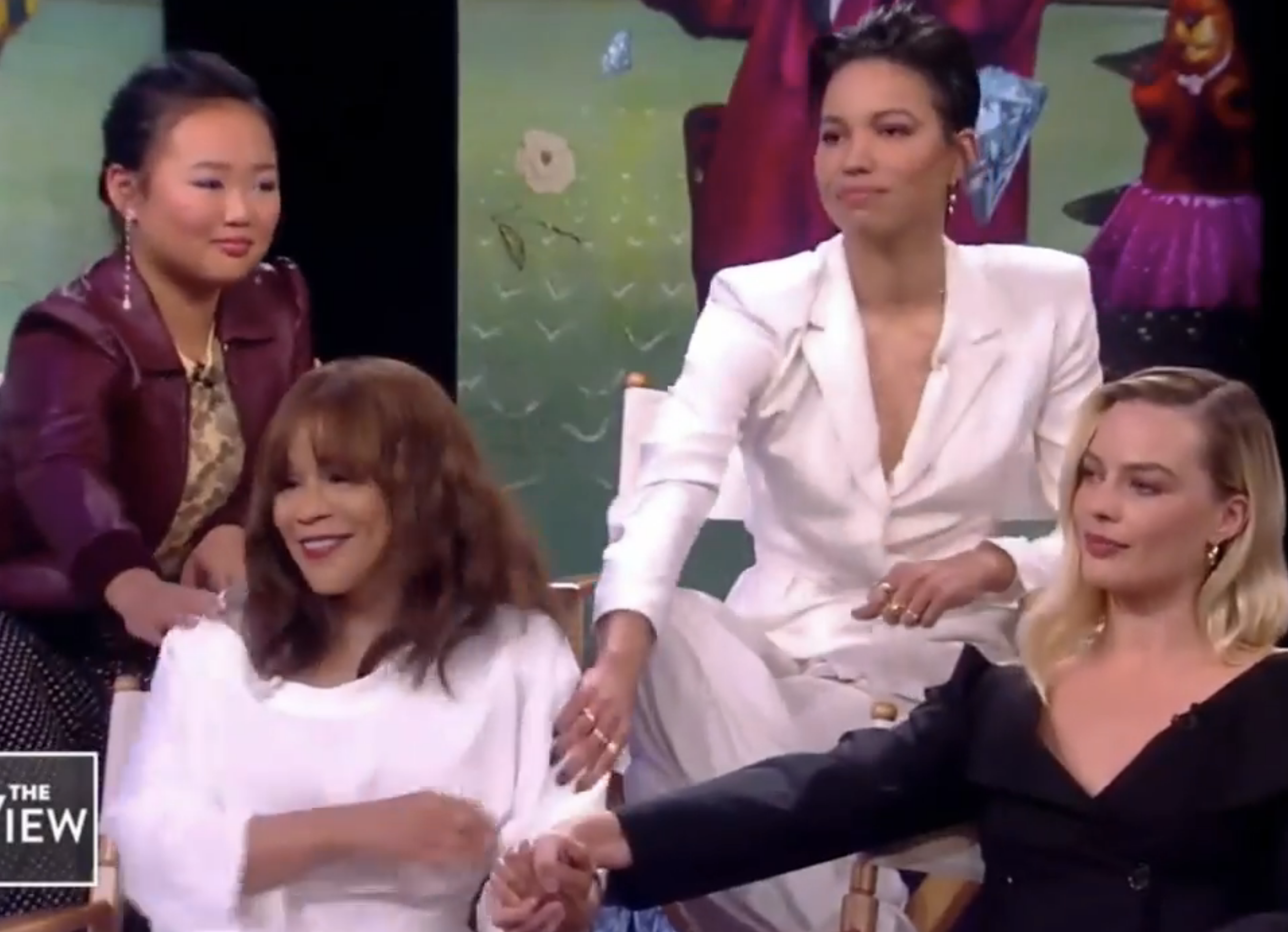 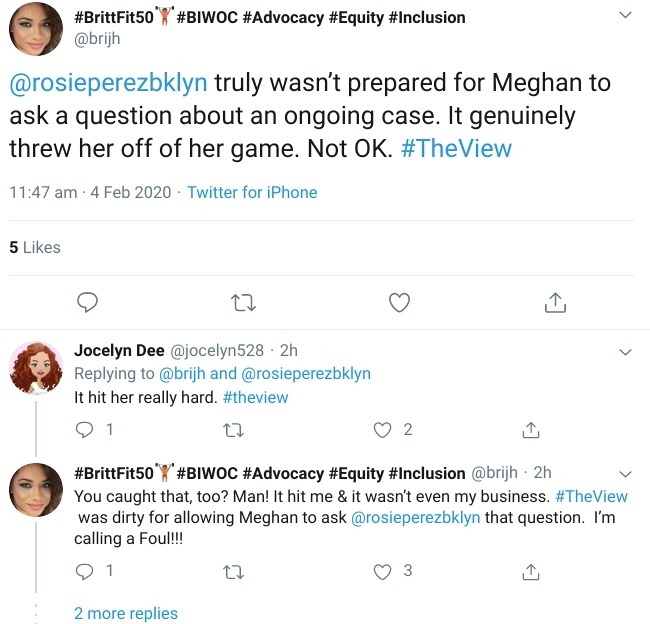 One user wrote: “@rosieperezbklyn truly wasn’t prepared for Meghan to ask a question about an ongoing case. It genuinely threw her off of her game. Not OK. #TheView”

Another tweet said: “It hit me & it wasn’t even my business. #TheView was dirty for allowing Meghan to ask @rosieperezbklyn that question. I’m calling a Foul!!!

“Her cast members had to reach out & hold her hand. Meghan pulled that Faux Newz mess, again. Not cool at all.”

Meghan closed out the View moment, saying: “We’re all here to support you and Annabella and watching the case very closely and have made our own conclusions.”

She then added that with “that being said, I have to give this legal note” about Harvey denying the allegations of sexual assault against him.

Rosie was on the show to promote Birds of Prey, which comes out in theaters on Friday, and she’s also currently filming the upcoming HBO Max series The Flight Attendant with Kaley Cuoco.