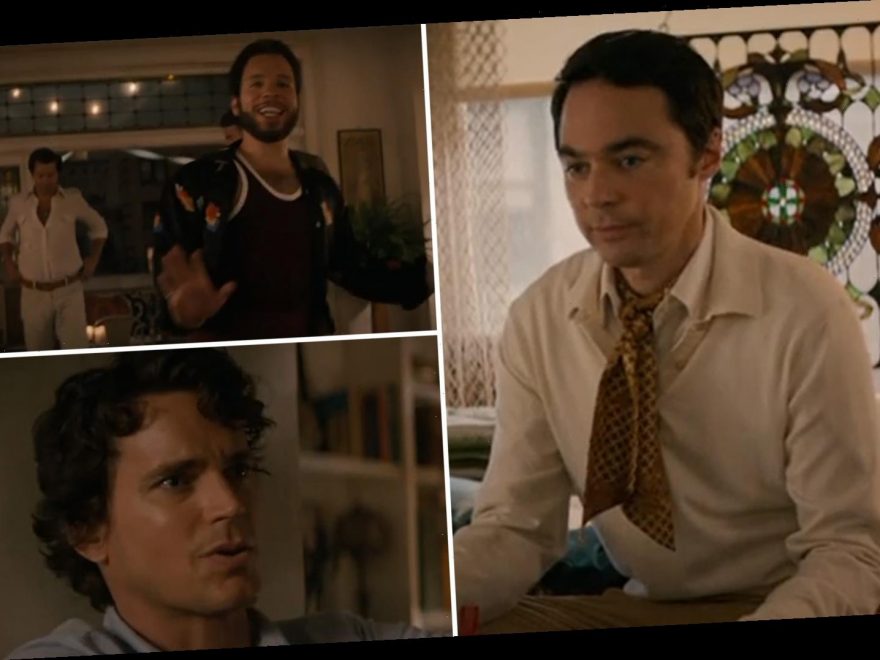 NETFLIX has dropped the first look at Jim Parsons in new drama Boys in the Band – and he's worlds away from Sheldon Cooper.

The 47-year-old played the iconic character in the hit CBS sitcom for 12 seasons until it came to an end last year.

But in his new project, Jim has ditched Sheldon's colourful-but-geeky T-shirts for 1960s attire as Michael, the host of a birthday party attended by his gay friends.

The movie, from American Horror Story producer Ryan Murphy, is based on the 1968 play of the same name by Mart Crowley, who also wrote the screenplay.

Jim had already played the role on Broadway in 2018 and the whole cast, including Zachary Quinto, Matt Bomer and Charlie Carver have reunited for the Netflix production.

The trailer highlights the devilish humour and fun that takes place at Michael's penthouse apartment as he throws a birthday party for Harold (played by Zachary).

Meanwhile Charlie plays a sex worker intended to be Harold's 'gift' for the evening but things are disrupted by the unexpected arrival of Alan, Michael's old college pal.

Boys in the Band was first adapted in 1970 by William Friedkin and was the first big-studio treatments of uncloseted gay and bisexual men, marking a point in history for the LGBTQ community.

Ryan, 54, thinks the play is just as important today and explained to IndieWire why he took on the new adaptation.

He said: "I feel like the world needs more LGBTQ history. It just does.

"[The Boys in the Band] is a play that many people have looked on as problematic, when it’s seen through the current prism of, I guess — gay politics.

"But I was always interested in that. I thought that was a great jumping-off point.”

The Boys in the Band premieres on Netflix on Wednesday, September 30.

What’s on Netflix and Amazon Prime?