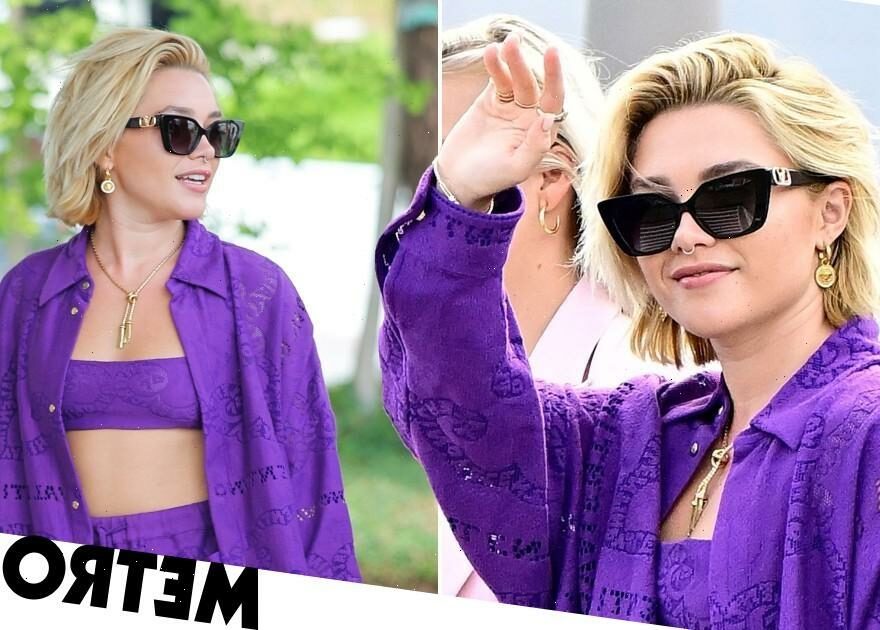 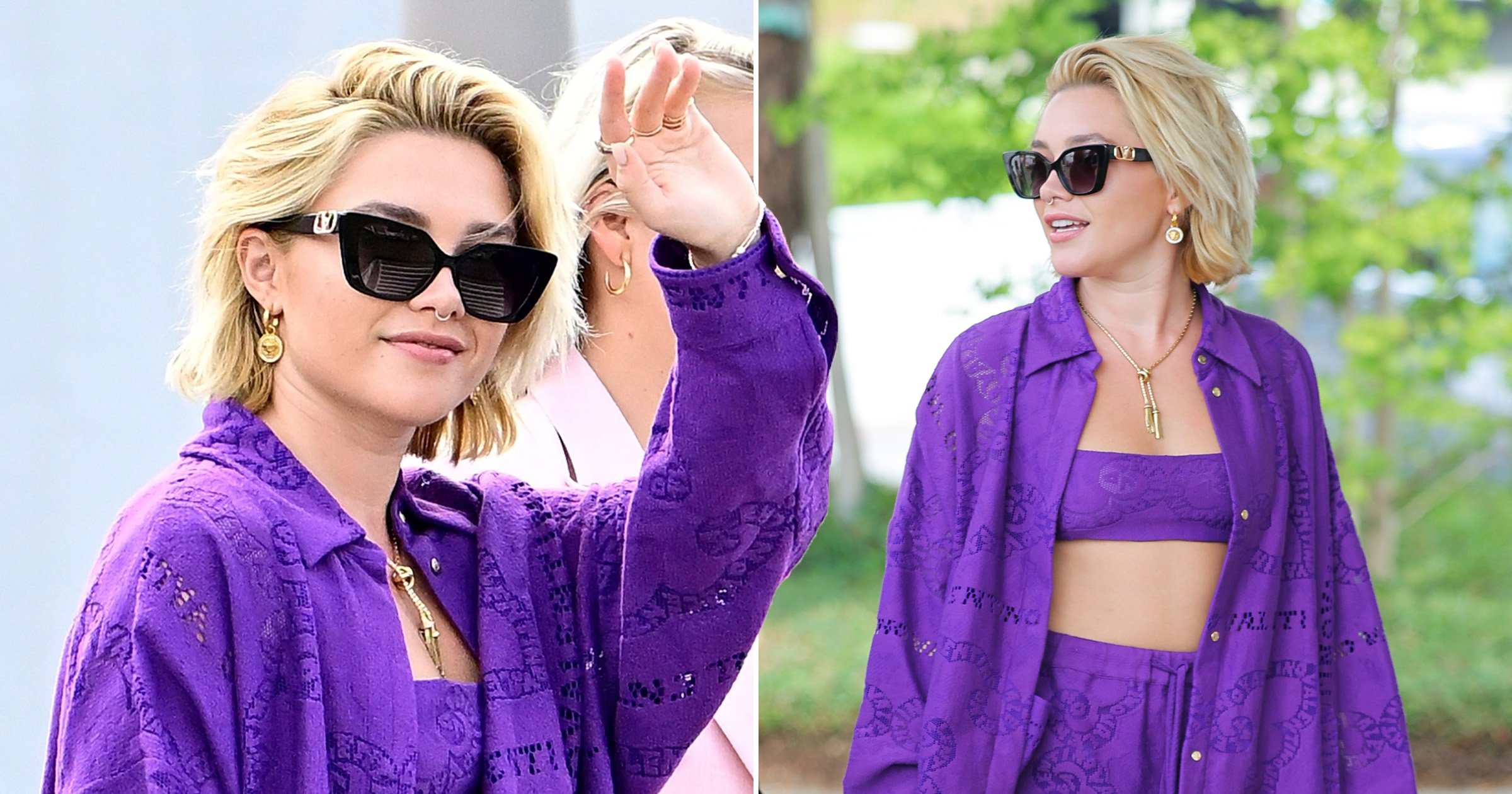 Florence Pugh looked sensational as she rocked up to Venice Film Festival amid the Don’t Worry Darling drama.

The actress, who stars in the upcoming psychological thriller alongside Harry Styles, rocked all purple, pairing shorts with a crop top, shirt, and a matching bag and heels.

The star glowed as she smiled at the cameras, donning a pair of shades and wearing her cropped hair down.

Florence, who has been filming Dune 2 in Budapest, was notably absent from the Don’t Worry Darling press conference, but is expected to attend the photo call and red carpet premiere alongside her co-stars, despite reports of a feud between her and director Olivia Wilde.

Earlier today, Harry and Olivia, who are dating, were seen posing together at the festival alongside stars Gemma Chan and Chris Pine.

Speaking to press, Olivia said of Florence’s absence: ‘Florence is a force; we are so grateful she is able to make it tonight [to the premiere] despite being in production.’

She added: ‘As for all the endless tabloid gossip and noise out there, the internet feeds itself. I don’t feel I need to contribute to it. It’s sufficiently well-nourished.’

According to reports, the Lady Macbeth star was never going to be at the conference due to her flight from the set of the Dune sequel not getting in until at least an hour after it is due to start.

Florence won’t be sticking around for too long as she’s reportedly expected to be back on set on Tuesday morning.

Don’t Worry Darling has been at the centre of speculation after it was reported that Florence and Olivia clashed behind-the-scenes. It amped up further when it was claimed that the Marvel star had limited her promotion of the film to the Venice Film Festival premiere.

However, Olivia had nothing but praise for the actress and sung her praises during a recent interview.

‘She’s ferociously talented,’ she told Interview Magazine of Florence. ‘She was so dogged in her pursuit of the most authentic version of every moment.

‘She also knew that my real goal was to create a love story that felt so sincere between her and Harry that people would be incapable of not falling for them as a couple. It had to be a love that felt real – it had to be passionate, but textured.

‘I wanted so badly to have a nuanced, layered relationship that people would buy into despite knowing at times in the film that they shouldn’t. Even when the movie suggests you should question them, I wanted you to fight it.’

When the trailer for the film was first released, it featured a steamy scene between Harry and Florence’s characters.

However, the Black Widow star refused to speak about the scene and criticised viewers for reducing the film to just one sex scene in an interview.

‘When it’s reduced to your sex scenes, or to watch the most famous man in the world go down on someone, it’s not why we do it. It’s not why I’m in this industry,’ she told Harper’s Bazaar.

‘Obviously, the nature of hiring the most famous pop star in the world, you’re going to have conversations like that.