Both productions were in previews when New York’s theater shutdown hit in March 2020.

“Ecstatic excitement barely begins to describe the feelings we have about reopening,” said Lincoln Center Theater Producing Artistic Director André Bishop, who called the productions “two wildly different musical works whose lives were cut short well over a year ago.”

“Like all the other theaters that are reopening in New York and all over the country, we rejoice and we are grateful,” Bishop continued in the statement. “And boy, do we look forward to seeing our audiences again. It will be a happy time.”

Flying Over Sunset, with book and direction by Lapine, music by Kitt, lyrics by Korie and choreography by Michelle Dorrance, is a work of fiction inspired by the lives of three historical people: writer Aldous Huxley (Hadden-Paton), playwright, diplomat, and congresswoman Clare Boothe Luce (Cusack) and movie star Cary Grant (Yazbeck), each of whom in real life experimented with the drug LSD. As the production describes, “At a crossroads in their lives the three come together, and under the influence of the drug, take a trip and confront the mysteries of their lives and their world.”

The production includes sets by Beowulf Boritt, costumes by Toni-Leslie James, lighting by Bradley King, sound by Dan Moses Schreier, projections by 59 Productions, orchestrations by Michael Starobin and music direction by Kimberly Grigsby. Flying Over Sunset is produced in association with Jack Shear. 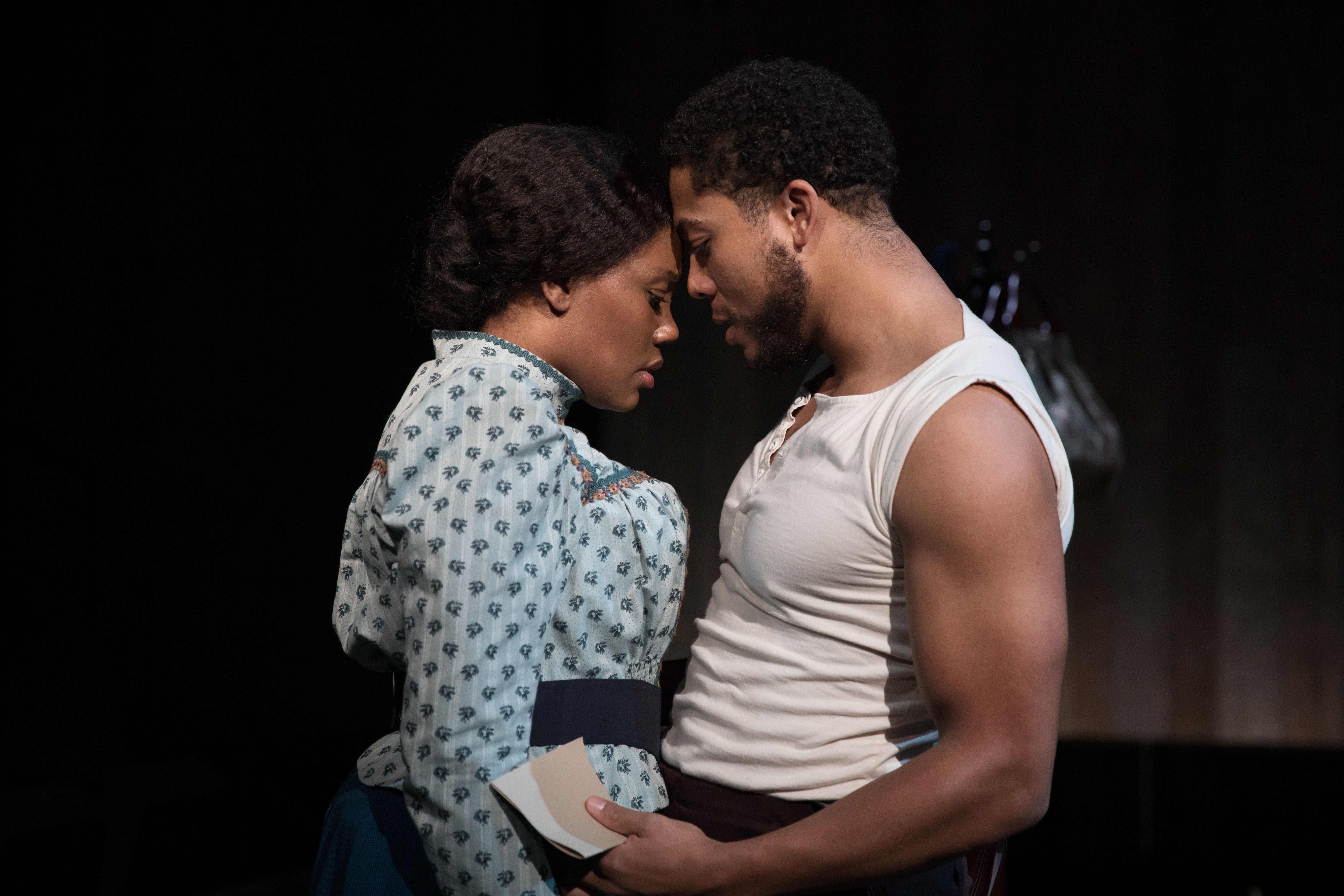 Intimate Apparel is an opera with music by Ricky Ian Gordon, a libretto by Lynn Nottage based on her play, and direction by Bartlett Sher. As described by the production, Intimate Apparel is set in turn of the century New York and tells the story of Esther (to be played by Kearstin Piper Brown and, on the Wednesday and Saturday matinee performances, Chabrelle Williams), a lonely, single African-American woman who makes her living sewing beautiful corsets and ladies’ undergarments. Seeking love and romance, Esther embarks on a letter writing relationship with a mysterious suitor laboring on the Panama Canal and comes to realize that only her self-reliance and certainty of her own worth will see her through life’s challenges.

The opera employs a variety of musical styles including ragtime, cakewalk and the blues, and marks the first libretto from two-time Pulitizer Prize-winning playwright Nottage. The production will feature sets by Michael Yeargan, costumes by Catherine Zuber, lighting by Jennifer Tipton, sound by Marc Salzberg, projections by 59 Productions, music direction by Steven Osgood and choreography by Dianne McIntyre.

In addition to Flying Over Sunset and Intimate Apparel, Lincoln Center Theater will produce a full slate of yet-to-be-announced productions during the 2021-2022 season, and will co-produce the Broadway transfer of Antoinette Chinonye Nwandu’s Pass Over, directed by Danya Taymor, opening at the August Wilson Theatre this Fall.