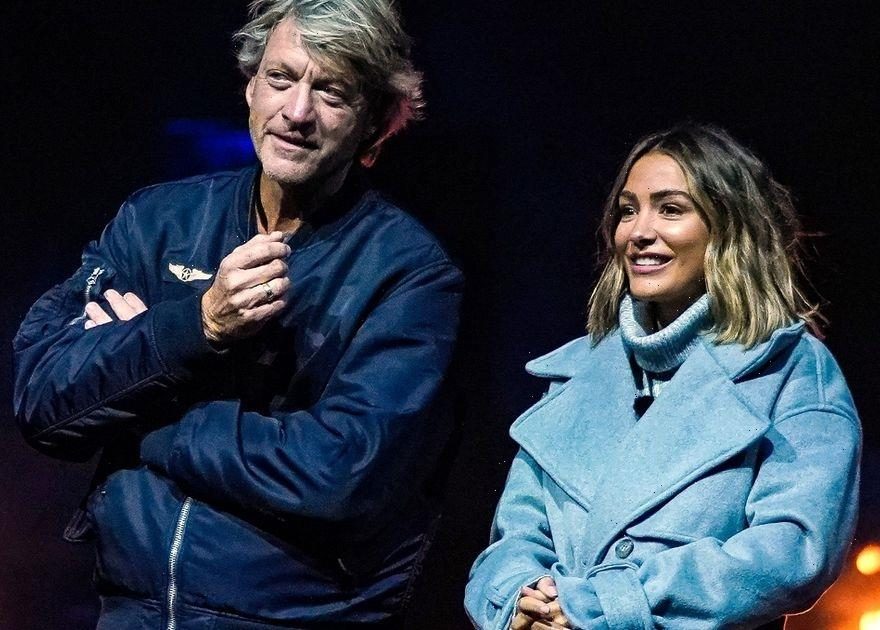 I'm A Celebrity… Get Me Out Of Here! has seen a range of famous faces heading to Gwrych Castle as the second Welsh series gets underway.

Swapping their luxurious homes for the cold and dismal trappings of the castle will be Emmerdale's Danny Miller, singer Frankie Bridge, TV presenter Richard Madeley and many more stars.

And two of the celebs have already endured their first trial – Turrets of Terror.

The eight celebrities arrived at the trial, which consisted of a giant three level structure in front of Gwrych Castle.

Ant and Dec joined the campmates to reveal what they'd be during and shared which two celebrities the public had voted for to take on trail number one.

Richard Madeley and Frankie Bridge joined the rest of the celebrities – the first two to be selected for a trial.

One team chose Frankie to represent them and the other Richard, and Ant explained the rules.

"Hanging high in the air between the two turrets are two giant keys. The first celebrity to make their way to the top and grab their key will win."

Ant added: “Each Turret is made up of three floors with stairs leading to the next level.

"However, to get to the next level you need to go through a locked gate. On each floor you must retrieve the keys to unlock the three padlocks to open each gate.

"When you get to the roof of the turret you must use your lance to hook your key and drag it over to you. The first celebrity to retrieve their key has won.”

As is usually the case on I'm A Celebrity, castle critters would be joining Richard and Frankie as they took on their challenge, Dec warned.

Viewers will be able to find out which team is led to victory in the trial by tuning into the first episode of the series, airing on Sunday 21 November at 9pm on ITV.

Prior to the big trial, the contestants were recently been pictured completing their first terrifying task – Walk The Plank.

Naughty Boy and Danny Miller's efforts in the task ended with the both of them dangling from their ropes as the platform gave way from underneath them.

This year will be set in the Welsh Gwrych Castle for the second year in a row as a result of coronavirus restrictions.

However, this year could be even more challenging for the celebs as they won't have beds raised from the ground this time, meaning they just have to sleep on the floor.

It's also been rumoured that the contestants will be forced to shower in the dark with freezing water.

For more I'm A Celeb updates, sign up to OK!'s daily newsletter here