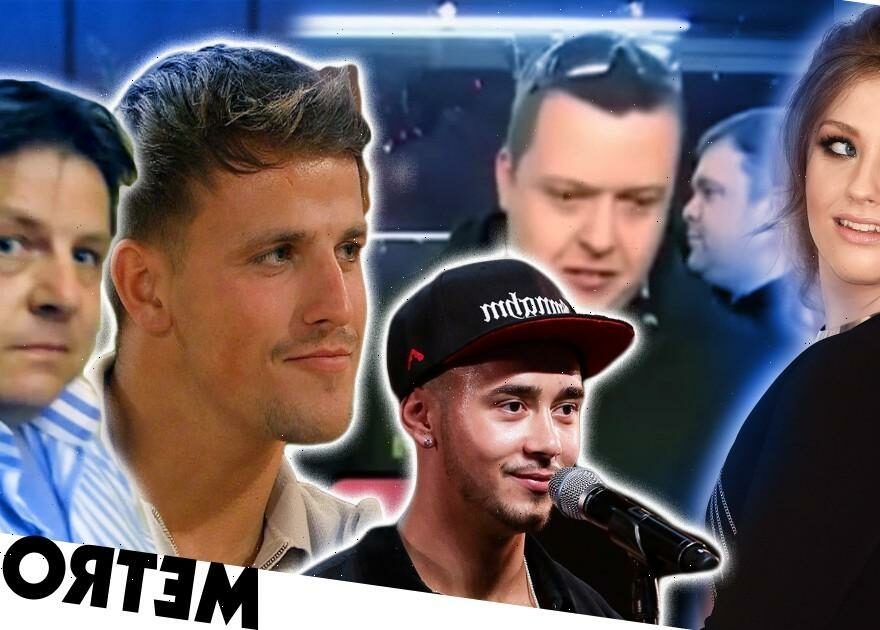 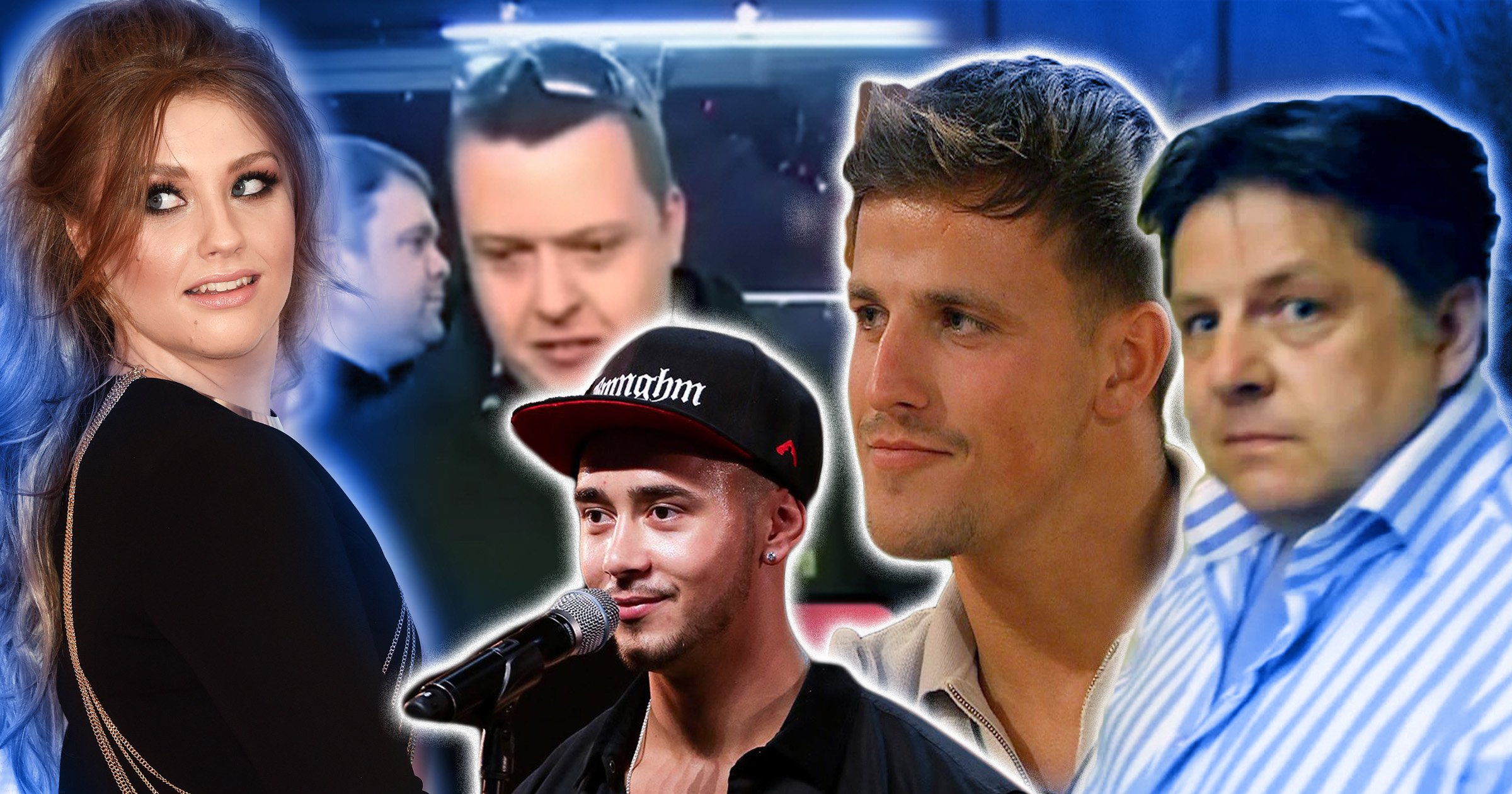 Whether it’s losing out on a Brit Award or simply getting a ‘no’ from Simon Cowell, TV has blessed us with some extraordinary sore losers.

Their loss has absolutely been our gain, and we’ve been blessed with tantrums which we can watch over and over again.

If you’re in need of a giggle you’re in luck because we can assure you that watching these terrible losers taking defeat so badly they didn’t even care the cameras were rolling will bring you endless joy.

Here are the worst losers of television – enjoy.

Some of never are never too old to throw a tantrum after being beaten by a bunch of kids and this is exactly what happened when Ant and discovered his team lost to some children on Robot Wars.

After a nail-biting battle to the death, Angela Scanlon read out the ‘unanimous’ decision by the judges and Ant stormed off.

And his primadonna behaviour did not go down well with the audience, who drowned the studios with boos. Rightly so!

Thankfully for us, however, it made for some excellent television.

Even Simon Cowell had to call out ‘a** hole’ Mason Noise.

Mason Noise had some serious nerve when he appeared on The X Factor, daring to take on megastars Simon Cowell, Cheryl, Rita Ora and Grimmy.

The aspiring artist threw a hissy fit during the Six Chair Challenge because he didn’t think he was getting enough airtime.

Launching into an epic rant, the cocky contestant said: ‘If that is what I have to do to be an artist? I’m being an artist. You shouldn’t be booing. I am doing this for them, for artists. This is real. I am bringing entertainment back!’

But Simon was having none of it, branding Mason an ‘a***hole’ and taking the decision to boot the singer off the show because of his hostile behaviour.

Ella Henderson was not OK losing out on a Brit Award

Ella Henderson enjoyed a successful career after being voted out The X Factor in 2012, scoring a number one single and album and was even nominated for a Brit award back in 2015.

However, it was not the Ghost singer’s night.

While she was up for Best British Female Solo Artist, the gong was instead awarded to Paloma Faith and a sneaky camera operator caught the moment the 26-year-old realised she would not be adding to her trophy cabinet that night – and she did not look pleased.

A stony-faced Ella looked crestfallen when the result was revealed and unenthusiastically clapped along.

Luca Bish was practically incandescent with rage when his relationship with Gemma Owen scored poorly in a little voting game played by the Love Island contestants.

The 23-year-old and the dressage rider, Tasha Ghouri and Andrew Le Page, Ekin-Su Culculoglu and Davide Sanclimenti, Dami Hope and Indiyah Polack and Adam Collard and Paige Thorne all had to vote for the least compatible couple in the villa.

And the fishmonger was furious with the result, even though every couple bar one received nominations, with Ekin-su and Davide getting picked by everyone.

Three couples voted for Luca and the 19-year-old, although it was eventually Adam and Paige who got the boot following the task.

But that didn’t stop Luca from letting rip to Dami and Indiyah, saying angrily: ‘The people I voted for I don’t give a f**k. F**king all I know is how good me and Gemma are, but then three of you voted for me.’

The Beast lived up to his name and punched the set

The Beast, aka Mark Labbett, took his moniker a little too seriously when he started behaving like one during The Chase.

While the quiz genuis regularly wipes out teams with ease, he takes it pretty hard on himself when he has gaps in his general knowledge.

In one particular episode, Mark broke out into a sweat when he met his match in an unassuming group of three hoping to get their hands on some cash.

And it seemed luck was on their side as they managed to do that rare thing and beat The Beast, bagging a massive £60,000.

As they celebrated their jubilant victory, the 56-year-old left the studio in a right old huff and even punched the set as he made his angry exit.

Even host Bradley Walsh looked shocked at the TV personality’s extreme reaction, with fans on Twitter saying they ‘couldn’t believe’ what they just saw.

It was Watergate 2.0 when Grace Adams-Short was evicted from the Big Brother house.

Things started to turn sour when Susie Verrico entered the house halfway through after winning a golden ticket back in 2006.

However, to cause a stir on the Channel 4 show, Susie was the only housemate to nominate that week, picking Nikki Graham and Grace and subsequently putting them both up for eviction.

Neither took it well.

The duo even teamed up and stole the housemate’s bottle of champagne, while Grace body-shamed Susie and made comments about her ‘chunky thighs.’

When eviction night was upon them and Grace was booted out after receiving the lowest number of votes, her final act was to chuck a glass of water all over Susie.

Oh, Peter. To say to home cook was disappointed he didn’t win Come Dine With Me is something of an understatement.

When he was tasked with announcing who had been crowned as throwing the most fabulous dinner party, events took an unexpected turn.

Rather than graciously accepting his fellow diners had voted him in last place, Oxford-based contestant lashed out at winner Jane in a now immortal rant.

In a fit of pure rage, Peter said: ‘Enjoy the money, I hope it makes you very happy. Dear lord, what a sad little life Jane.’

‘You ruined my night completely so you could have the money, but I hope now you spend it on getting some lessons in grace and decorum because you have all the grace of a reversing dump truck without any tyres on.’

Say hello to your social lives once again – Love Island 2022 is over, with Ekin-Su Cülcüloğlu and Davide Sanclimenti being crowned the winners in an epic final.

If you missed it, don’t fret – here are the highlights of the end of a brilliant series: