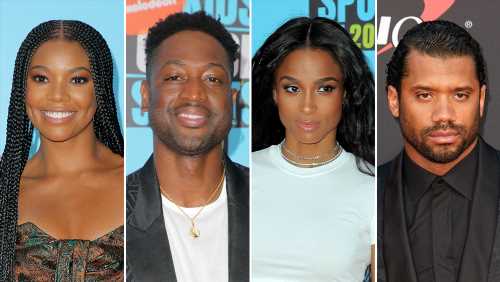 EXCLUSIVE: Undrafted punt returner Vernon Turner might have come into the NFL through modest auspices, but his inspiring life story will head to the screen backed by a high wattage group of producers. Gabrielle Union & Dwyane Wade and Ciara & Russell Wilson are teaming up on a drama based on Turner’s self-published book The Next Level: A Game I Had To Play.

Union’s I’ll Have Another Productions and Wade’s 59th and Prairie Entertainment has teamed with Wilson and Ciara’s Why Not You Productions to develop the project, joining producing duo Brett Gursky and Josh Surkin from Magic Hour. Brad Gann (Invincible and Soul Surfer) wrote the feature script, entitled Relentless, after spending time with Turner exploring his life. Nicholas Katsapas will be executive producer.

This is way more than Vernon making it to the NFL against long odds that were with him when he was a high school QB who was 5’6″ and 100 pounds, and still threw for 4000 yards and made All State as a senior. The story is also about the sadness, embarrassment, heartbreak, guilt, regret, anger, fear, determination, triumph and relief that it took for the 5’8″ 185 lb. football player from Brooklyn to make it and save his family.  In addition to his autobiography, Turner gained attention by writing a Letter To My Younger Self, which went viral on social media. In it, he divulged that when he was only 11, he come home to find his mother shooting heroin into her veins in the bathroom. If that wasn’t hard enough for a youth who watched his black mom and white father fight over her drug abuse, she told him why she took heroin. As a young girl with her own dreams, she was subjected to a vicious sexual assault, and got pregnant…with him. The drugs were a way to temper the pain of that and she died early. It was up to Vernon to assume the role of adult for his siblings. Even the fact he got his story told by self-publishing his memoirs is in keeping with his never quit attitude.

Often told he had no chance to make it to the NFL after playing local college ball, he didn’t get drafted and got cut a few times as a walk on. He finally found his place in the sun as a kickoff and punt returner with the Rams, Lions, Buccaneers, and Panthers before playing in Europe until he retired in 1998. During his career, he led the Rams in kickoff and punt returns for 2 years before backing up Mel Gray on the Lions, becoming the Bucs’ to become its leading return specialist during the 1994 season and going into the Bucs history books by becoming the first player to ever return a kick or punt for a touchdown. He would get knocked down by being cut despite his success, but he got up every time.

“My most important mission is for this project to have the right group of individuals in place to help tell my story,” stated Turner. “Well, I struck ‘platinum’ with the additions of the talented actress/producer Gabrielle Union and her husband/future Hall of Fame NBA star Dwyane Wade, along with accomplished recording artist Ciara and her husband/NFL’s star quarterback Russell Wilson, joining my steadfast producers Brett Gursky, Josh Surkin, and Nicholas Katsapas from Magic Hour, and our unbelievably gifted writer Brad Gann. I truly feel we have the right ingredients to accomplish my mission, which is to help change and save lives. My journey is an extremely powerful tale that must be told and, at the end of the day, I want this film to have a global impact. I came into this world under horrific circumstances, but I want to leave it with a legacy where my parents above will look down with enormous pride- and give a wink of approval.”

Wade, Union, Wilson and Ciara said a joint statement: “After reading Vernon’s “Letter to my Younger Self,” we all learned so much more about this man than what was presented to us growing up. His story isn’t just one of an accomplished athlete. It’s a story of resilience, family and the will to survive by any means possible. We consider ourselves to be survivors of our own personal struggles who have also come out on the other side and couldn’t be more excited to tell this story together. Once we read Brad Gann’s script, we knew we had to get this made. This is truly a story of black excellence at its finest.”