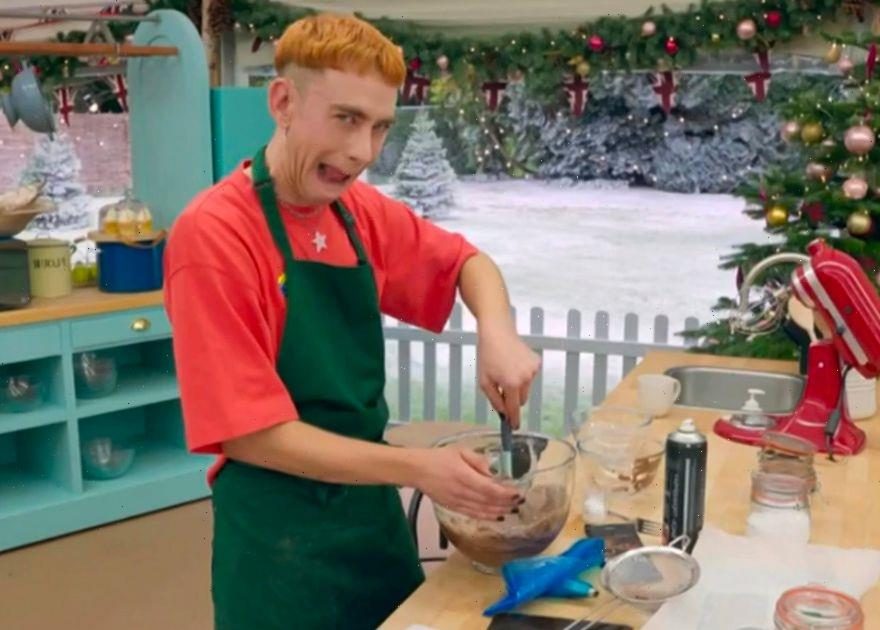 Fans of The Great British Bake Off will know all too well that a successful handshake from Paul Hollywood is incredibly rare.

Judges Prue and Paul gave the It's A Sin stars multiple challenges to test out their baking skills as part of the festive edition of the show.

However, even when it comes to the festive period, fans know that a handshake from Paul is an incredibly rare occurrence, but when he gives one – it means they've done a cracking job.

Olly Alexander, of the popular TV show and band Years & Years, was the first one to receive the handshake from Paul, leaving him overjoyed, with the singer even declaring he would "never wash his hand" again.

He screamed as he said: "Noooo! I got a handshake!", while Prue told Olly he should be happy as it was "a real triumph".

He couldn't stop beaming after receiving the impressive handshake – but he was left shell shocked after Nathaniel also landed one.

Just before Paul pulled out his hand to congratulate the fellow celebrity, Prue said she thought he was going to offer his hand forward.

Nathaniel gratefully accepted the gesture as he joined Olly in the pure joy over his success on the show – while Olly looked less than impressed.

While it was something to celebrate, viewers were left in awe over the fact that Paul dished out two handshakes in one episode.

Taking to Twitter, bamboozled fans couldn't help but share their thoughts as one user wrote: "Two consecutive handshakes from Paul Hollywood? What the hell is going on?"

While another said: "Handshakes? What is happening?" Fans were happy to see the cast of It's a Sin on their screen after the successful stint on the Netflix show.

Instead of appearing on screens as their characters though, they tried their hand at some festive-themed baking as they battled it out to find out who would be hailed the star baker of the show.