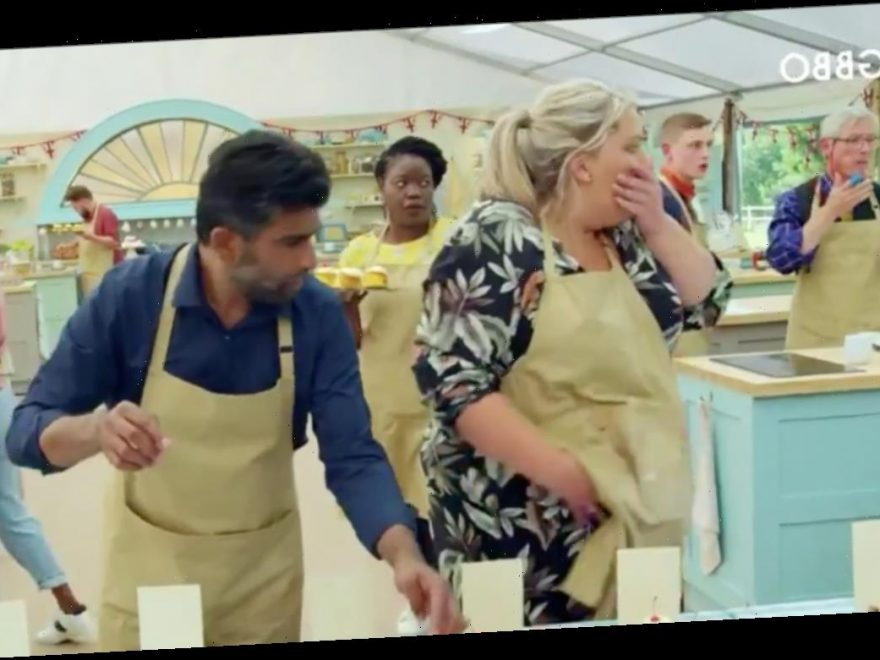 GBBO was finally back on our screens on Tuesday night, and fans saw the first baking disaster when Sura accidentally knocked several of David’s pineapple upside-down cakes onto the floor.

The accident occurred as she tried to shoo a fly from her bakes, not realising that David was right behind her, and holding his tray. The lovely viewers were quick to support Sura, who broke down in tears over how bad she felt about the mishap, and shared their own stories of clumsiness.

One person wrote: “Poor Sura as well. That’s the sort of thing I would do having knocked over a supermarket display of Easter eggs. She must have felt awful.” Another added: “Poor Sura and Dave. It’s something that would have been me, I’m so cack-handed. *hugs* to you both.”

Of course, people were also quick to poke light-hearted fun at the gaff, with one writing: “I would’ve straight up said it’s fine, then took her buns put them behind my photo and pushed the squished buns behind hers.” Others shared the popular ‘You Won Jane’ meme from Come Dine With Me, writing: “You won Sura, enjoy the pineapple upside-down cake, I hope it makes you very happy.”

Fans were delighted to see the return of Bake Off, with one person writing: “Can’t believe this is only the series premiere because I would go as far as saying that this is one of the single best episodes of Bake Off ever #GBBO.” Another added: “I honestly can’t tell you how happy I am to have #GBBO back on the telly, I could do a little cry.”