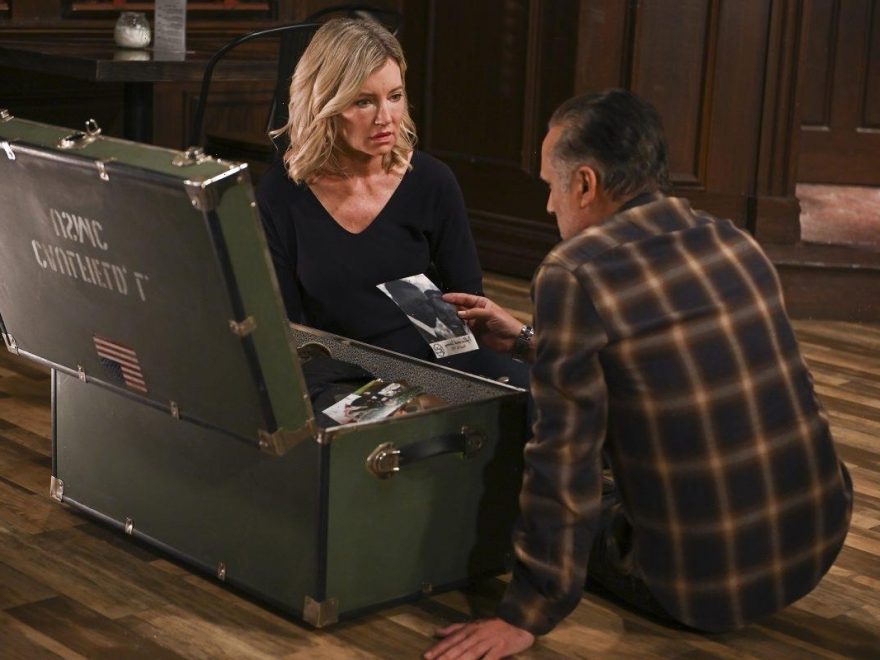 General Hospital is bringing its drama back to the small-screen where it belongs. Attention is now turning to the Nina and Sonny/Mike relationship, which has been in a bit of limbo since it first started. Now, though, upcoming episodes tease that the forbidden couple will finally become “official” even as the world seems to burn around them.

[Spoiler alert: Potential spoilers for upcoming episodes of General Hospital are up ahead.]

On ‘General Hospital,’ Nina and Sonny/Mike may finally become an official couple

Metro confirmed that Tuesday’s episode of General Hospital featured Nina and Sonny/Mike finally going on their first official date. Nina’s “quiet life” in Nixon Falls has been anything but quiet, with all the ghosts of Christmas past coming back to haunt her. From Maxie to Peter, Nina can’t seem to catch a break.

It’s nice that she seems to be taking comfort in her relationship with “Mike” (Sonny), even if it is built on a bit of a lie. But, really, what would Port Charles be without deception and intrigue?

That doesn’t mean, however, that all’s well in General Hospital.

But questions still abound about their relationship

In the past, Nina was deathly afraid that her beloved “Mike” would realize the truth of his identity as Sonny Corinthios. Now, though, her biggest concern is that everybody else is going to inform Mike that he’s really Sonny Corinthios. And there’s even some speculation that Nina will go to drastic lengths to keep her secrets…and everyone else’s.

Of course, SoapHub confirms that that’s just the beginning of the drama over at General Hospital. On Friday’s episode, you can expect Nina to get the heat turned up on her as Jax starts poking around about her love life. He’s going to run to Ava with all his burning questions, though it’s unclear if Ava can give him the answers he wants.

If all else fails, Nina has good old Aunt Liesl Obrecht to be her fixer.

And then there’s the pesky issue of Carly

What Nina’s definitely not prepared for, though, is the pesky issue of Carly.

In past episodes of General Hospital, Carly assured Jason that she loves him, and is marrying him for all the right reasons. Everyone around her, though, knows that’s a bunch of hogwash. Carly’s feelings for Sonny absolutely refuse to die, and there’s some speculation that this will throw her relationship with Jason into chaos sooner rather than later.

And this is to say nothing of what’s going to happen to Nina when Carly discovers that her beloved Sonny is still alive, and living life as Mike. While this is all just some speculation, we’ll definitely be tuning in to upcoming episodes of General Hospital to see the drama shake loose.