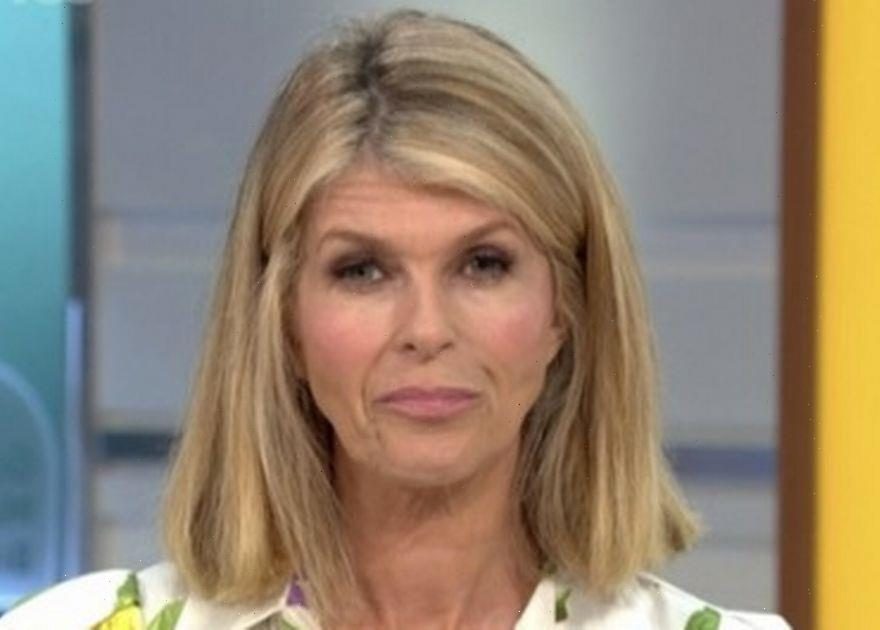 Good Morning Britain presenter Kate Garraway was left emotional during Friday's instalment of the ITV morning programme, as she was reunited with one of her fellow I'm a Celebrity… Get Me Out of Here! campmates.

Adele Roberts appeared on the show alongside her partner to discuss her battle with bowel cancer, which has left her with a stoma bag and undergoing chemotherapy after a surgery to remove the tumour.

The stars appeared together in the Australian jungle back in 2019, and wasted no time while reminiscing about their various escapades during GMB.

Adele even admitted that the strange jungle diet had left her doubting whether something was seriously wrong when she began suffering digestion problems, which eventually led to her cancer diagnosis.

Kate told Adele: "You're looking so well!", as the Radio 1 star was left blinking back tears, asking Kate: "Do I really look okay, Kate?"

Adele admitted she has nicknamed her stoma bag 'Audrey' as she praised NHS staff for helping her through her cancer battle.

The star said she should be "back to her normal self" by summer as she likened her chemotherapy sessions to "snipers" taking out any remaining traces of cancer.

Speaking about her diagnosis, Adele admitted: "It was a shock. I didn't realise that I could get cancer, and I know that sounds silly because I know now it can happen to anyone, at any age.

"I was pretty much vegetarian, I ran all the time, I tried to keep fit and well and eat the right things. And I just started to notice that my digestion started to get a bit funny."

She added: "And I mean after all the stuff we ate in the jungle, I wasn't surprised!"

Kate gushed to her former campmate: "You were just fearless! You were given all sorts of nonsense, weren't you? And you've always been quite careful with what you eat."

Adele then confessed she struggled with the decision to call the doctor, as she didn't want to be a burden on the NHS during the pandemic.

"I feel like I'm just trying to get through each day. Luckily I got told on October 1, and on the 25th of October they managed to remove the tumour, which was incredible. The NHS have been awesome," she said.

GMB airs weekdays from 6am on ITV.