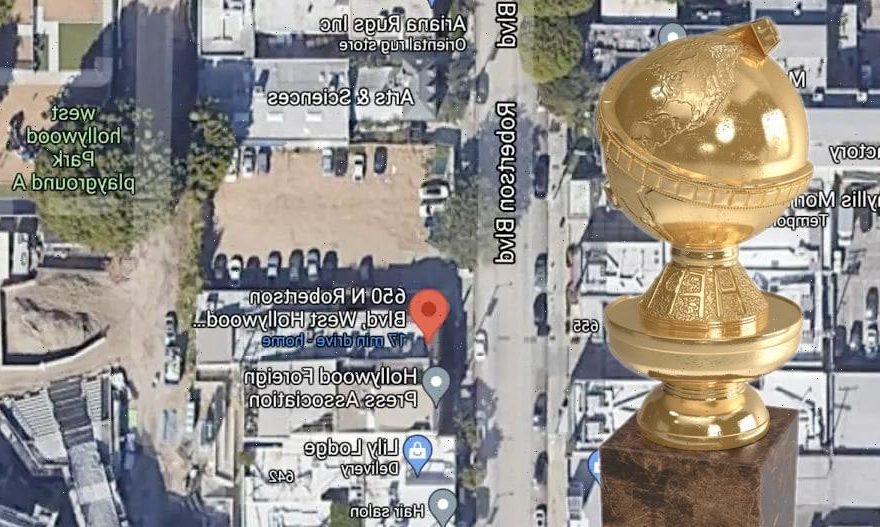 The Hollywood Foreign Press Association has indefinitely shelved a plan to build a new headquarters on a West Hollywood lot near its existing building that would have cost $40 million to $60 million, according to multiple insiders familiar with the plans.

The project, launched two years ago with the purchase of a $16 million lot and the hiring of the A-list architecture firm Frederick Fisher and Partners, has come to a standstill due to a number of factors. First, the coronavirus pandemic that started shortly after the HFPA bought the lot in 2019 slowed all activity. Second, the August 2020 death of HFPA President Lorenzo Soria, who had spearheaded the project made progress difficult. And more recently, the internal turmoil following industry-wide criticism of the organization over accusations of corruption and a lack of Black members.

“The project is not canceled, but on hold pending the reform focus for now,” an individual with knowledge of HFPA’s proceedings told TheWrap. The HFPA had no comment for this story.

The state-of-the-art building — whose design included new offices, a 100-person screening room and event spaces — was conceived when the roughly 85-member organization was riding high as the organization behind the annual Golden Globe Awards. In 2018, the group signed an eight-year extension of its lucrative deal with NBC to broadcast the awards show.

The group’s bank account would have been able to support such a vast project, since the HFPA grew its net assets from $39.8 million at the end of fiscal 2015 to $62.7 million by 2018, according to the nonprofit organization’s most currently available tax documents.

As recently as early 2020, the HFPA’s building committee was meeting regularly on the project as a way to reframe the organization’s mission. “It wasn’t just going to be a new headquarters — it was an envisioning of how we could grow and change as a philanthropic and cultural institution,” said former HFPA member Diederik van Hoogstraten, who resigned from the organization last month citing corruption and verbal abuse. “This was going to be something we were going to be excited about, and we all thought it would be exciting to see the future of the HFPA reflected this way.”

The organization had long felt that it had outgrown the building it had owned at 646 North Robertson Boulevard in West Hollywood. According to real estate records, the HFPA in January purchased the building next door, at 650 North Robertson, for $8.5 million from Sandra and Darrell Hamilton — as well as an adjacent empty lot right under the ownership of an LLC for an additional $16 million. The combined lots total more than 10,200 square feet.

In return, the Hamiltons purchased 646 North Robertson from the HFPA for $5.125 million, essentially swapping places so the HFPA could own both 650 North Robertson and the vacant lot right beside it, where it hoped to build a grand new building designed by architect Frederick Fisher and Partners, whose projects include designs for LACMA, the Natural History Museum of LA County, University of Southern California, Princeton University and L.A.’s Buckley School. (The HFPA continues to rent its current building from the Hamiltons.) 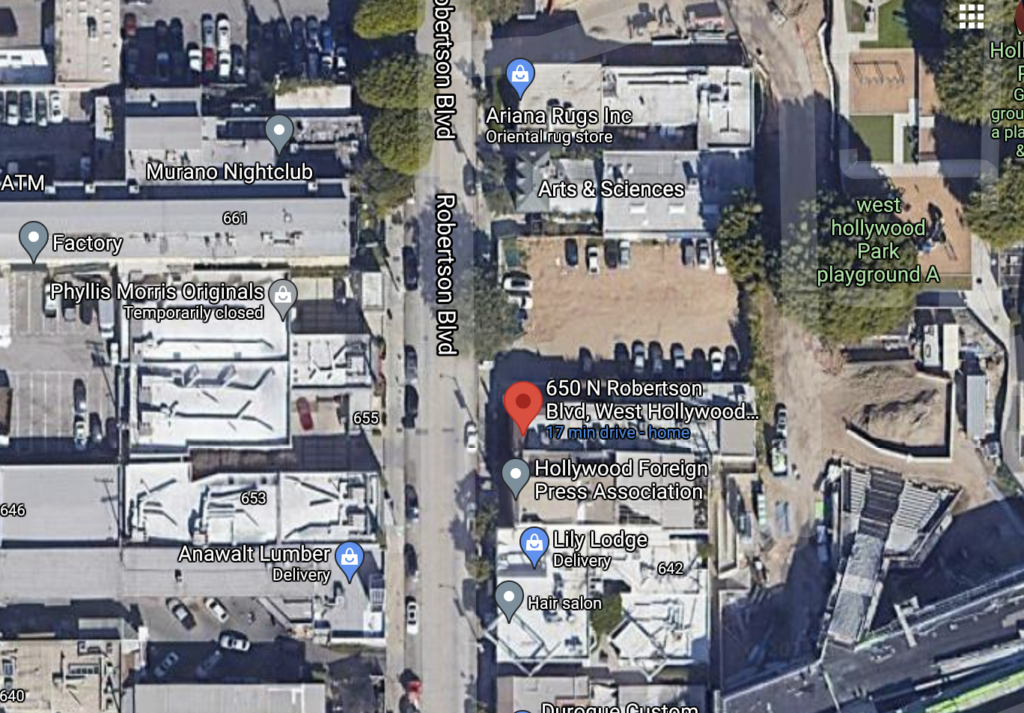 But the mounting costs of a new building proved challenging. Given the expensive real estate and the plans the committee had for the three-year construction phase of the project, Van Hoogstraten estimates the project would cost the organization between $40 and $50 million. Another individual with knowledge of the plans confirmed the $50 million pricetag, while a third insider said the cost would run as high as $60 million.

“The number itself scared a lot of members, especially when COVID happened,” van Hoogstraten said. “People started resisting spending money on a building, so we ran into some resistance and that accelerated when Lorenzo [Soria] passed away and then the lawsuit came, so people got worried, and then the Los Angeles Times article came out, and then everything ground to halt.”

And the HFPA’s finances are even more strained with the potential loss of next year’s Golden Globes, which NBC canceled after the backlash against the organization due its lack of Black members and alleged corruption. It’s still unclear whether NBC is contractually obligated to pay the roughly $30 million annual licensing fee.

The organization’s expenses have also increased, both on legal fees to handle the 2020 lawsuit from aspiring members (which a judge recently dismissed) and the added expenses from the planned reforms to the group’s operations. The HFPA has announced a reform plan that includes adding new members, working with outside DEI consultants, hiring outside professionals in key executive roles, electing a new board and amending its bylaws.

According to two insiders, those efforts have already resulted in millions of dollars of new expenses.

Tony Kantarjian, the owner of EEI Real Estate Development and Services and the new building’s project manager, declined to comment and cited a nondisclosure agreement he had signed. Similarly, a spokesperson for Frederick Fisher and Partners did not respond to TheWrap’s request for comment.