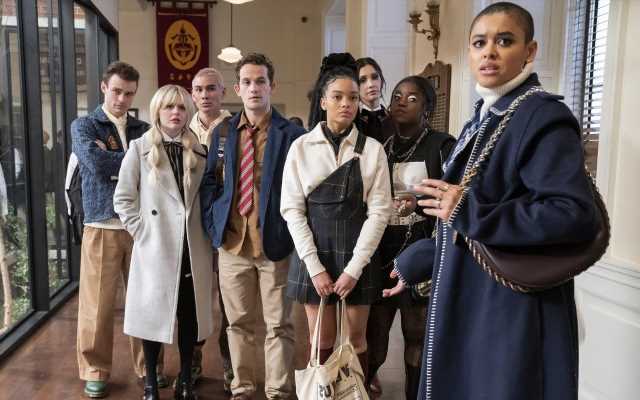 The sophomore season of the reboot of the popular series will be its last on HBO Max as the network has decided not to order another season of the teen drama.

AceShowbiz -“Gossip Girl (2021)” is set to sign off soon. The second season of the “Gossip Girl” revival will be its last on HBO Max as the network has decided not to order another season of the series.

Breaking the sad news was showrunner Joshua Safran. Announcing on his social media account on Thursday, January 19, he wrote, “So here’s the goss: it is with the heaviest of hearts that I have to announce GOSSIP GIRL will not be continuing on HBO Max.”

“The EPs and I will forever be grateful to the network and studio for their faith and support; the writers for their devious brains and dexterous talent; the superstar cast for being the greatest of collaborators and friends; and the crew for their hard work, dedication and love for the project. This was honestly the greatest set I ever worked on, top to bottom,” he continued.

Safran added that while they are “looking for another home,” he admitted “that might prove an uphill bottle.” He concluded, “Thank you for watching, and I hope you’ll tune into the finale next Thursday to see how it all comes together. Xoxo ps. A big thank you to all the GG fans around the world. You’re the reason we came back in the first place, and who knows, maybe the reason we will meet again. Much love.”

Meanwhile, an HBO Max spokesperson said in a statement, “We are very grateful to Josh Safran, Stephanie Savage and Josh Schwartz for bringing us back to the Upper East Side and all the scandals at Constance Billard. Although we are not moving forward with a third season of ‘Gossip Girl’, we thank them for the enticing love triangles, calculated backstabbing and impeccable fashion this series brought to a new audience.”

The reboot of “Gossip Girl” premiered in HBO Max back in 2021. While it brings an all-new cast, the revival features Kristen Bell reprising her role as the voice of the eponymous narrator. The new show also reveals upfront that the teachers at the fancy high school were behind the blog, instead of keeping the Gossip Girl’s identity a secret like the original show.

As for the original series, it aired from 2007 to 2012 on The CW. Created by John Schwartz and Stephanie Savage, the show was based on the book series by Cecily von Ziegesar. It told a story about the ins and outs of life at a prestigious New York City prep school. Among the stars were Blake Lively and Penn Badgley.