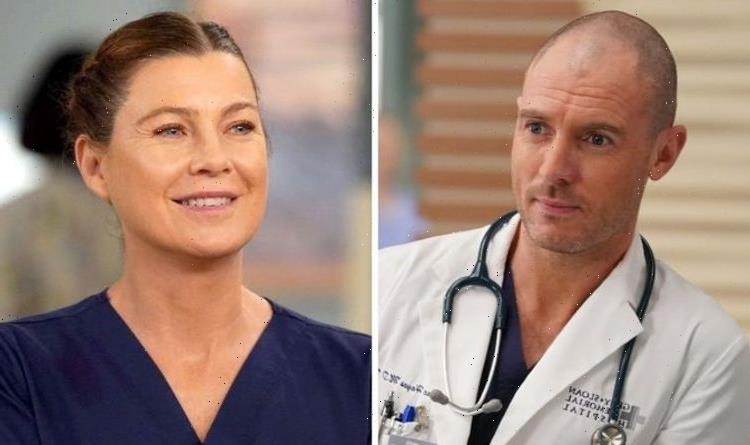 The 18th season of Grey’s Anatomy will begin on ABC at the end of September. After recovering from COVID by the end of the latest instalment, could a new relationship be on the horizon for television’s favourite surgeon, Meredith Grey (played by Ellen Pompeo)?

Executive producer Meg Marinis has opened up on whether Meredith Grey will have another chance to find love in the upcoming season of Grey’s Anatomy.

The long-running hospital drama will return for its 18th season on September 30 and pick up from the stunning finale earlier this year.

The next instalment will also deal with the fallout from the latest edition of Grey’s spin-off Station 19.

“Even though she was in a bed [for much of season 17], she did just lose DeLuca.”

In addition to the challengings of battling COVID, Meredith awoke from her coma to discover Dr. Andrew DeLuca (Giacomo Gianniotti) had tragically been killed.

DeLuca was stabbed to death in his pursuit of a sex trafficker in the Station 19 crossover event, and said goodbye to Meredith in her coma-induced beach dream.

This sadly put an end to their fledgling romance, just a few seasons after Meredith’s husband, McDreamy himself Derek Shepherd (Patrick Dempsey) was similarly killed off.

Whether or not Meredith will remain unlucky in love for the rest of the series’ tenure on ABC has yet to be seen.

After experiencing so much tragedy over the last few instalments, love is probably the last thing on her mind heading into season 19.

Meg Marinis confirmed as much, saying: I don’t think she’s actively looking for it.”

However, she then teased: “Now, does that mean it won’t possibly find her?”

In her chat with TVLine, Meg Marinis hinted there may be something in the air between Meredith and the new Head of Pediatric Surgery, Cormac Hayes (Richard Flood).

Cormac will remain part of Grey’s Anatomy’s main cast in season 18, after recurring in season 16 and being promoted in the latest run.

Marinis reiterated: “I wouldn’t say she’s actively looking for it.

“Because she just got out of the COVID crisis, and her career and her family have always come first.”

Even so, there were certainly some sparks flying when they shared a bottle of whiskey last season.

The EP confirmed: “I think Meredith is open but definitely not looking.”

She also suggested there could be a chance for Meredith and Cormac to go for a real drink in the coming weeks, although the prospect of dating probably won’t be on the cards for some time.

“We saw Hayes being more drawn to [Meredith] even as she was in a hospital bed all season,” Marinis explained.

She finally added ‘an official drink, if you will’ is definitely on the table when Grey’s Anatomy finally returns.