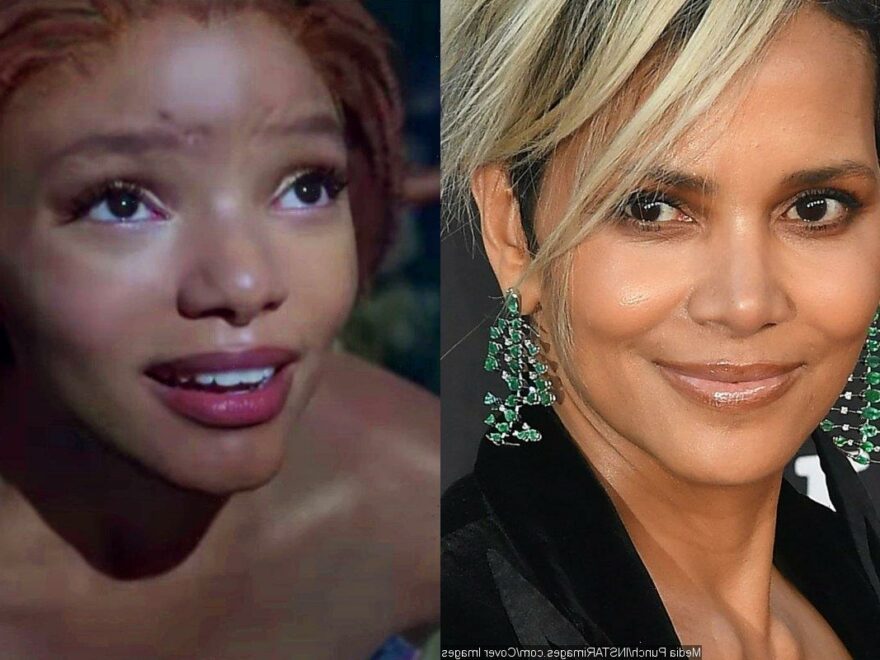 The ‘Kingsman: The Golden Circle’ star also responds to a Twitter user confusing her for the young star after the official teaser of the upcoming Disney movie unveiled first look at Bailey as Ariel.

AceShowbiz –Halle Berry does not only share a similar name with Halle Bailey, but she’s also here to offer her support to the young star when needed. The Oscar-winning actress has defended the singer/actress amid a storm of criticism of “The Little Mermaid (2023)” teaser.

Mixing up Berry and Bailey, one person who attempted to attack the actual Ariel depicter tweeted, “Can’t wait to see you under da sea!” while addressing it to the “Catwoman” star. Not missing a beat, Berry wrote back, “Wrong Halle lol. I can’t wait to see her too though!”

Berry also took time to respond to yet another user who confused her for Bailey. The user named Suicide Sportif shared two screenshots, one of which included the metrics of the new Disney movie’s teaser trailer, showing over 2 million views and more than triple the number of dislikes to likes. The other was an excerpt from the Disney fandom website describing Ariel as “the youngest of King Triton’s seven daughters.”

“Halle Berry is nearly 60 playing the role of a 16-year-old girl. This is what happens when you upset a fandom,” the said user claimed in the now-deleted tweet. Noticing this, Berry posted a photo of Mo’Nique sitting between two other women all looking annoyed and confused.

Disney unveiled the first look at Bailey as Ariel in the official teaser of “The Little Mermaid”, which was debuted on Friday, September 9. While many have shared positive reactions to the awe-inspiring depiction of the Disney princess, some racist people took issue with the casting of Bailey as the titular character.

One person showed disapproval to the casting by reposting an altered version of the teaser. The tweaked video turned the skin of Bailey from black to white and changed her features, including cartoonishly reddening her hair, though it kept Bailey’s singing voice.

The video was originally shared by user @vandalibm, who claimed that the Ariel had been “fixed” and the entire movie could also be “fixed” in 24 hours upon its release on May 26, 2023. While @vandalibm stressed that he shared the clip purely for “educational purposes” instead of as a racist attack on Bailey’s portrayal of Ariel, both his and the other user’s accounts have since been deleted or suspended by Twitter.