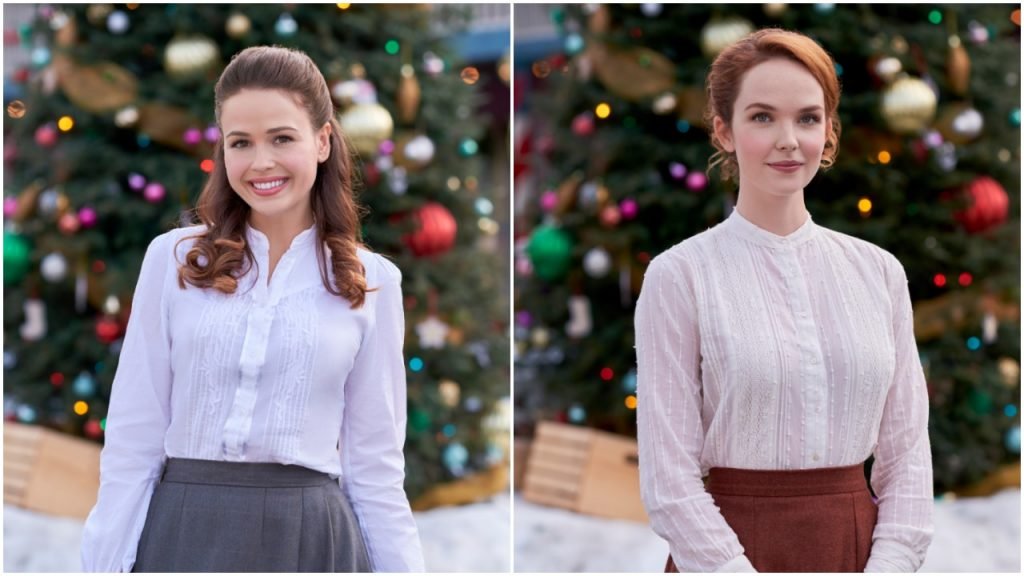 Hearties have finally gotten their first look at the new When Calls the Heart spinoff series When Hope Calls. On Monday, ET shared an exclusive glimpse at some new photos from the When Hope Calls set and also revealed when the new series will premiere.

Set in 1916, When Hope Calls tells the story of two sisters named Lillian (Morgan Kohan) and Grace (Jocelyn Hudon) who were separated as small children. They reunite as adults and open an orphanage in the frontier town of Brookfield. Once there, each struggles to find love and happiness while also caring for the children they’ve taken in.

When Hope Calls is a new show, but When Calls the Heart fans will recognize the two main characters. Lillian and Grace made an appearance in WCTH’s 2019 holiday special, The Greatest Christmas Blessing.

“When Hope Calls embodies the same heartfelt themes of community, family and faith that have resonated so strongly with When Calls the Heart fans over the past six years. This is another series that viewers are sure to treasure,” Michelle Vicary, Executive Vice President of Programming and Network Publicity at Crown Media Family Networks, told ET.

A look at ‘When Hope Calls’

ET shared nine photos from the When Hope Calls set to help get fans excited for the new series. In one, Lillian poses with Gabriel (R.J. Hatanaka) the local Mountie who she has her eye on. In another, we see Chuck (Greg Hovanessian), the ranch hand who is trying to win over Grace. Anothers shows Chuck’s mother Tess (Wendy Crewson), who until recently was a long-time friend of Lillian’s family.

Actors Kohan, Hudon, and Hatanaka have also been sharing photos from the When Hope Calls set, offering Hearties a behind-the-scenes glimpse of what to expect from the new series.

How to watch ‘When Hope Calls’

Hearties are excited for When Hope Calls, but they’ll be disappointed if they tune into the Hallmark Channel on August 30 hoping to find the new show. Rather than airing on cable, When Hope Calls is a streaming-only series, a first for the network.

To watch the show, you’ll need to subscribe to Hallmark Movies Now for $5.99 a month. That gets you access to new episodes of When Hope Calls as well as other content that isn’t found on the Hallmark Channel or Hallmark Movies & Mysteries. That includes Hallmark Hall of Fame movies lie The Beach House with Andie MacDowell, A Brush with Fate with Glenn Close, and The Magic of Ordinary Days with Keri Russell. You can also watch series like Cedar Cove, Chesapeake Shores, and Highway to Heaven, and dozens of Hallmark original movies.

Read more: ‘When Calls the Heart’: How Fans Can Attend the 2019 Hearties Family Reunion