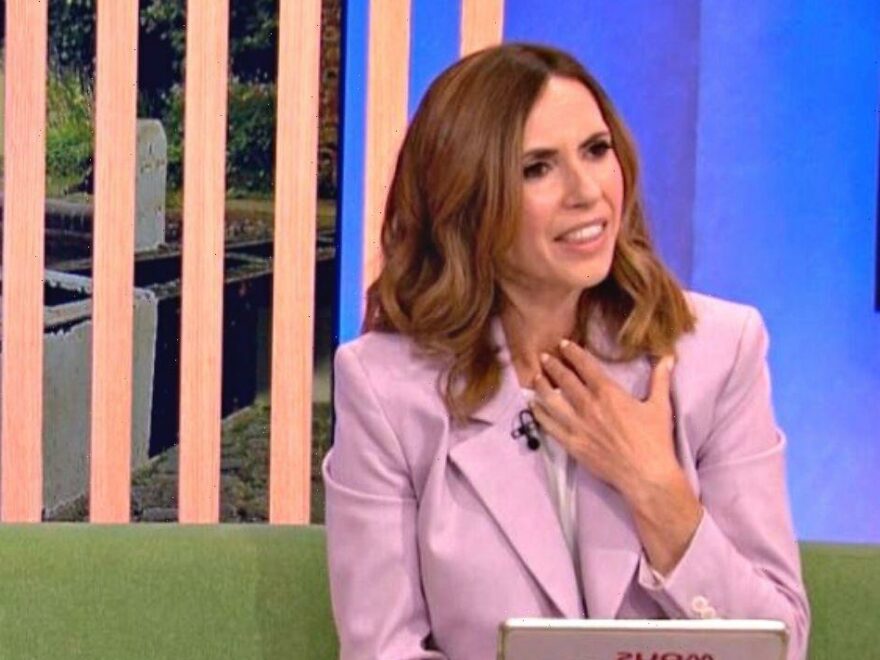 The One Show: Jermaine points out Alex's 'ropey' voice

The One Show host Alex Jones, 45, addressed her health concerns as the BBC show started, explaining why she has a raspy voice and asking for viewers to get in touch to help. Her co-star Jermaine Jenas said the presenter was “powering through” as he also urged people to get in touch.

Presenting the show, Alex stated in an unusually croaky voice: “Well hello and welcome to your Monday One Show live on BBC Two and iPlayer, with Jermaine Jenas…”

“And Alex Jones!” Jermaine continued. He added: “Erm, sounding a little bit ropey there Al, you okay? Your voice is a bit…”

“Better than I was,” Alex replied. “But you know, sponsored by pineapple juice.

“Any home remedies, send them in, it’s the most frustrating thing!” 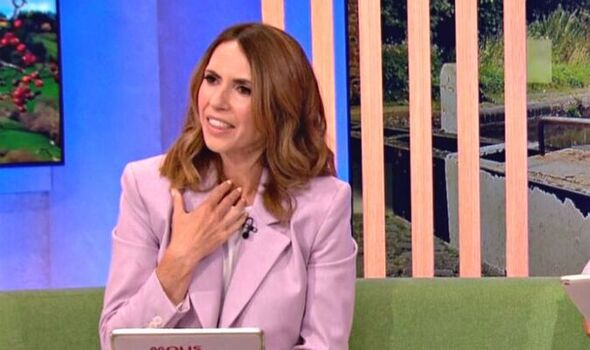 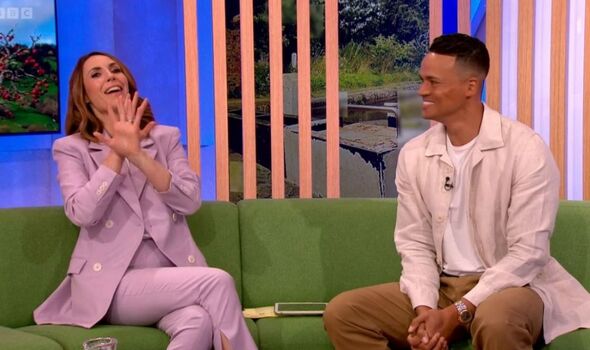 As Alex appeared fed up, Jermain added: “It is, come on, she’s pushing through, people. Help her out, send her in your remedies.”

Later, after Alex and Jermaine had spoken to Thor: Love and Thunder stars Natalie Portman and Tessa Thompson, she thanked people who had shared their natural cures.

“Thank you so much for the sore throat remedies,” she commented.

Turning to the actresses, she continued: “I don’t normally speak like this ladies – you won’t know that!” 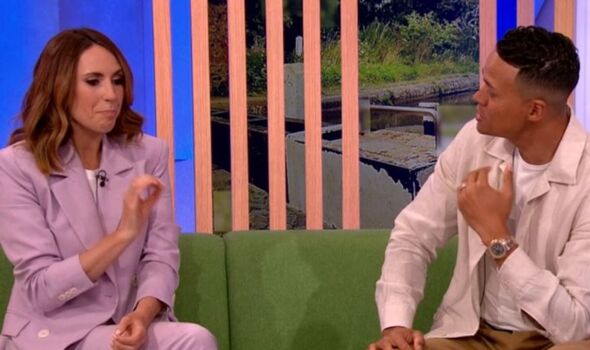 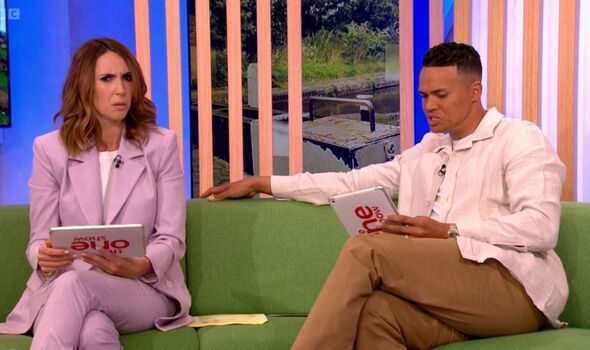 “Sounds great,” Natalie remarked and the presenter went on: “I’ve got a  hoarse voice, I think I’ve got a bit of laryngitis, but I feel fine! Anyway, thank you.”

Sharing some of the examples of what viewers had advised, Alex began to read aloud.

“A toddy apparently, was invented in India,” she announced. “I thought… I don’t know.

“That’s whiskey, honey and cinnamon, that suits me, I’ll do a bit of that!”

The Welsh TV host pulled a disgusted face as Jermain shared another tip from a viewer.

“Chopped onion and brown sugar in a bowl…” he started, as Alex simply replied: “Oh.”

“Oh, Claire!” Alex grimaced, addressing the fan directly. “I think I’d rather have this for a few weeks.”

The Thor: Love and Thunder stars had told Alex and Jermaine about the new film, and Tessa revealed a surprising fact about Adele.

As the presenters complimented her on her British accent in the film, she explained the singer had inspired her.

“I have to say, from watching the films, I thought you were British,” Jermaine admitted.

“You’re surprising me today with this accent.” Alex agreed: “Yeah, honestly, we were like, ‘She’s not British?!'”

“Apparently it’s Adele that helped you perfect it?” Jermain stated.

“Well, yes,” Tessa replied. “Adele is my favourite person to watch, and I’ve seen like, every single interview of hers.

“I’m not doing her accent, it’s very different to what Valkyrie sounds like, but she also just.. don’t you feel like you just want to hang out with her?” She added, emphasising she was emulating Adele’s vibe.

The One Show airs weekdays at 7pm on BBC One/Two.