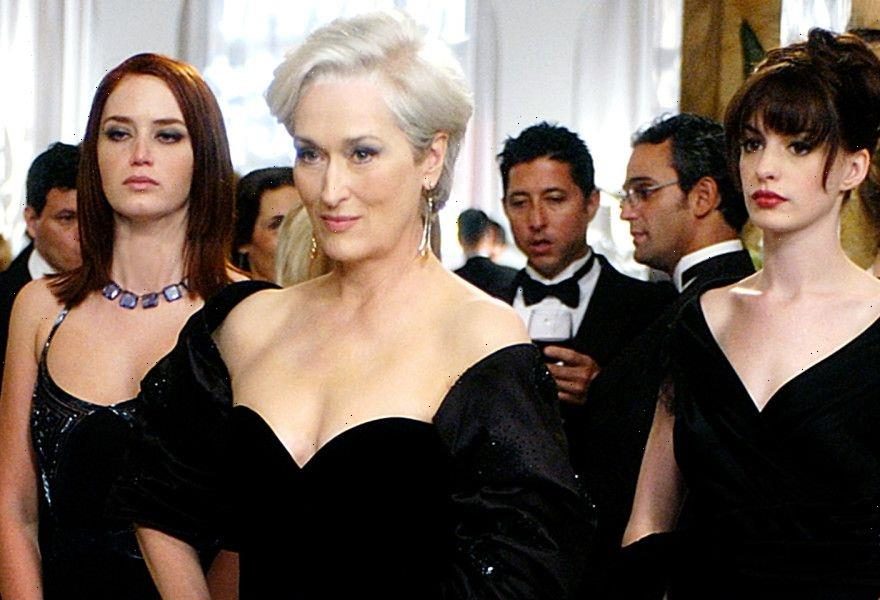 Ah, The Devil Wears Prada—the best thing to come out of 2006, hands down. It’s been 15 years since the iconic movie came out (don’t worry, I feel incredibly old too!) and the all-star cast that we know and love from the hit movie has done A LOT since then. Of course, there are some cast members like the queen of acting herself, Meryl Streep, or Anne Hathaway, who you’d have to literally be hiding under a rock to not know what she’s been up to. But then you’ve also got some of the lesser-known actors from the movie that perhaps you haven’t kept up with so much. Some of them have gone on to have super successful careers, while others have left acting altogether. Oh! And if you REALLY want to feel ancient, go peep just how old the Harry Potter-loving twins from the movie are now. It’s downright unsettling.

Now, quickly practice your best Miranda Priestly nods and lip purses (and perhaps even a smile?!) as you get ready to judge what each of the cast members have been up to since the movie came out. As it turns out, you’ll probably recognize most of them from a lot more than just The Devil Wears Prada. Actors? Having other jobs? Groundbreaking! (Sorry, I had to!)

Somehow Meryl’s career has only gotten better and now, at 72, she’s been nominated for 21 (!!) Oscars and has taken home three. Not to be dramatic, but this woman can play literally any role in any movie and it instantly makes it one of the best things you’ve ever seen.

He was the work best friend we all wanted. Even if he may serve you some harsh realities some times, giving you an entire wardrobe of Chanel and Louis Vuitton makes everything okay.

No shocker here, but Stanley Tucci is still wildly successful. He played the killer in The Lovely Bones, and even reunited with Meryl for Julie & Julia. And who could forget him as the dad in Easy A. Oh! And he’s now Emily Blunt’s brother-in-law after he married her sister in 2012.

Give Emily Blunt some fiery red hair and she becomes the high-strung, highly-competitive co-worker you don’t necessarily always want to be around but still kinda love. Even though she had starred in a few projects before this, The Devil Wears Prada was Blunt’s first big American movie.

It’s safe to say Emily’s career exploded after The Devil Wear’s Prada and she’s now a household name. She also got to reunite with queen Meryl for Into the Woods, and she even played freaking Mary Poppins in the revival movie. Most recently ,she’s starred in both A Quiet Place movies, directed by her husband John Krasinski.

Ah yes, the true villain of the movie (IYKYK). Adrian Grenier may have been smoking hot (and in the prime of his Entourage fame) but his character in this movie kinda sucked.

Adrian is still out there acting, although he doesn’t take on too many projects. He’s had a few direct-to-video movies released and even starred in a Hallmark movie, but in 2015 he reprised his role as Vincent Chase in the Entourage movie. It turns out his interest are pretty varied, because he also started up a music incubator in 2012 and a sustainable lifestyle brand called SHFT. Adrian’s also directed a few documentaries, including How to Make Money Selling Drugs.

Ungrateful friend #1 (aka Lily) was played by Tracie Thomas, who, just before snagging this role in The Devil Wears Prada, had starred in the movie Rent.

Tacie has earned herself recognition for a few other roles now. She played Annie’s kidnapper in the 2015 movie remake of Annie, and she had a role in the Broadway revival of the Tony-award-nominated Falsettos. Most recently, she played a grief counselor on Station 19.

Ungrateful friend #2 (aka Doug) was actually the first-ever movie role for Rich Sommer, and he perfectly portrayed a friend who, even though you give him tons of free things from your job, still rips on you for caring about said job.

Turns out you can go onto great things even after playing the whiny best friend. Rich Sommer is now the proud owner of two SAG awards thanks to his long-running role as Harry Crane on Mad Men. He also appeared in the Wet Hot American Summer revival TV show and played Detective Dean Riley in In The Dark. He’s also a recurring guest on The George Lucas Talk Show—an improvised comedy podcast where he plays both himself and his own fictional roommate.

We all fell in love with Christian Thompson just a little bit (okay, a lot) when he saved Andy’s ass with those Harry Potter manuscripts. And those gorgeous golden locks didn’t hurt either.

Even though he was super hot as Christian, Simon’s probably now most known for his starring role in The Mentalist. He’s also really good friends with Naomi Watts and Nicole Kidman, and they’re both godmothers to his children.

French actress Stephanie Szostak perfectly played editor Jacqueline Follet. Before this she had starred in a couple of French movies, but nothing quite as big as The Devil Wears Prada.

After The Devil Wears Prada, the French actress had a ton of different roles, (including in some big name movies like Iron Man 3 and We bought a Zoo) but she now stars in A Million Little Things. Her Instagram is also a great follow if you need some inspirational posts.

The Brazillian model had put her acting chops to the test in 2004’s Taxi before landing her second role as Andy’s other judgmental co-worker Serena in The Devil Wears Prada.

Although she didn’t really keep up the acting, Gisele is still one of the highest paid models in the world and has been on the cover of Vogue roughly one billion times. She made headlines earlier this year after she announced she’d be leaving IMG models after 22 years so that her twin sister could be her manager.

Rebecca Mader had a few roles on TV shows including Law and Order and All My Children before she landed the role of Jocelyn, where she asked Miranda the iconic question of which of the two VERY DIFFERENT blue belts they should go with.

If you don’t now recognize Rebecca as Zelena (aka the Wicked Witch of the West from Once Upon A Time) then what have you even been doing?? She also played Dr. Charlotte Lewis on Lost, so that’s an acceptable answer too.

Before playing designer James Holt (who, if you don’t remember, infamously got a pursed lip from Miranda), Daniel Sunjata had also had a bunch of appearances on TV shows, including Sex and the City and Law and Order.

Yes, Daniel Sunjata is still hot, but now he’s giving off some hot dad energy. Most recently, he’s had a starring role in Power Book II: Ghost alongside the likes of Mary J. Blige and Method Man.

Playing Meryl Steep’s daughter was young Colleen’s first credited role, which is pretty freaking cool. She was one half of the mischievous, Harry Potter-loving, twins.

Colleen is now 27 (feel old yet??). She hasn’t really kept up with acting much and, like her sister, doesn’t have any public social media accounts. She had a few roles after The Devil Wears Prada but hasn’t done anything since 2013. She told Buzzfeed in 2017 that she and her sister took a step back from the industry because of a bad audition experience.

The other half of the twins was (not too surprisingly) played by Colleen’s IRL twin Suzanne. This was also her very first movie role too.

Like her sister, Suzanne hasn’t had a movie role in quite a few years. But both of the Dengel girls now have degrees from Southern New Hampshire University and have said that they’re more interested in writing.

Tibor Feldman played the big shot CEO of Elias-Clarke (Runway’s publishing company) who, very rudely, was trying to push Miranda out of the Editor-in-Chief seat.

Although The Devil Wears Prada might still be what you recognize Tibor from the most, he’s had TONS of different roles since then. He played a medical examiner on Blue Bloods, and played judges on The Good Wife, Orange is the New Black, and Unbreakable Kimmy Schmidt. I guess he just has that legal look to him.