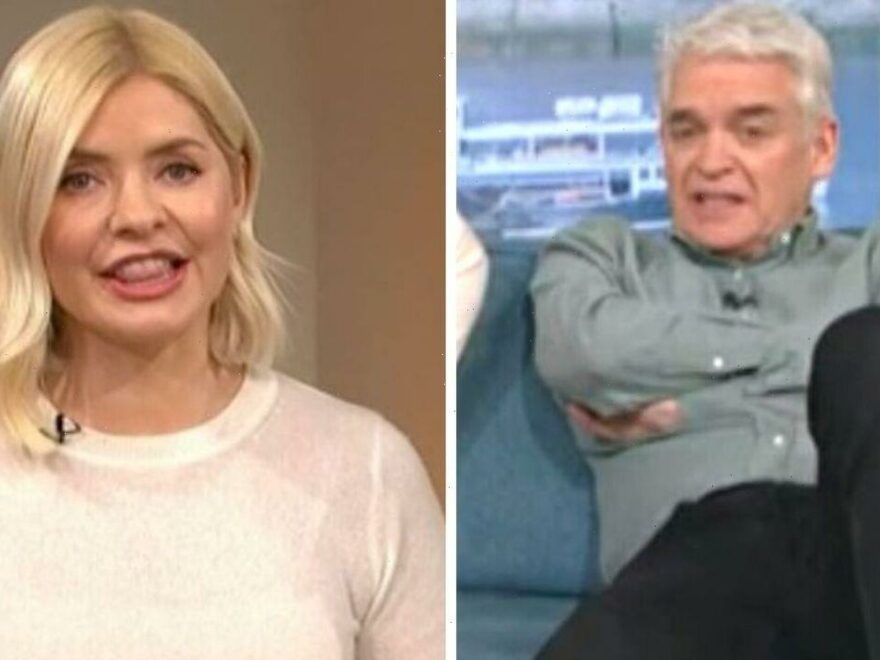 This Morning: Phil and Holly jealous over wine tasting in Alps

It seems that may not have been enough for the two though, as they “pulled faces” on This Morning after speaking to their ITV colleagues who were advertising a ski resort get-away. Both Holly Willoughby, 41 and Phillip Schofield, 60, scowled at wine guru Helen McGinn and fashion expert Kat Farmer, who joined via video from a hot tub in the Swiss Alps. Their reactions angered some viewers though, who pointed out the pair had just returned from overseas trips and a month-long break themselves.

Holly spent much of her break on a luxury ski holiday in the French Alps, while her co-host Phillip spent the Christmas period in the Danish capital Copenhagen.

Despite Tuesday marking the first day of their return from a month of relaxation and luxury, the pair complained they were “jealous” while speaking to Helen and Kat.

The women had been wine tasting while promoting the segment, and the presenters were visibly sour as they watched on.

“I’m so jealous,” Holly remarked, while Phil sunk into the sofa with folded arms and commented: “I am absolutely dripping with envy.”

Holly continued: “I don’t know which bit I’m most jealous of – like, the wine, the scenery, the Swiss chocolate, the cheese.”

She added: “If you’re doing dry January at the moment, I can only apologise.”

Meanwhile, Helen and Kat posed for the cameras, wine glasses in hand, as the hosts watched on, green-eyed.

It seems their reaction didn’t go down too well with the public though, who soon took to social media to point out it was Holl and Phil’s first day back after a lengthy Christmas break.

They fumed that a month is more than most people enjoy and stated many people can’t afford holidays at the moment.

Twitter user @DavidMackayy wrote: “Holly and Phil sat there annoyed, not like you two can’t afford to jet off at any time, spare a thought for those who can’t afford to eat x #thismorning.”

@Dc7073Bloss added: “#ThisMorning Why are Phil and Holly pulling faces, especially Phil he’s been in Belgium for nearly 3 weeks.”

“Oh look at holly and Phil pretending to be jealous, 9 holidays a year and working for 2 and a half hours a day is just terrible #thismorning,” @criticaltv1 shared.

@Boppity_Boo34 posted: “What are those two pulling faces for they’ll have been on holiday during Xmas they had a month off #ThisMorning.”

@chancockuk tweeted: “Yeh like we can afford ski holidays at the moment!! And the smugness of those 2 presenters doing the section on it. Come on #ThisMorning.”

Just last week, Phillip posted a selfie from the Danish city and captioned it: “Sad to leave Copenhagen. No question, the friendliest city I’ve ever visited.”

During their absence from the daytime magazine show, other ITV stars stepped in to take their places on the This Morning sofa.

Dermot and Alison hosted Monday’s show, where at one point they broke into fits of laughter over some of Prince Harry’s X-rated revelations.

This Morning airs weekdays from 10am on ITV.