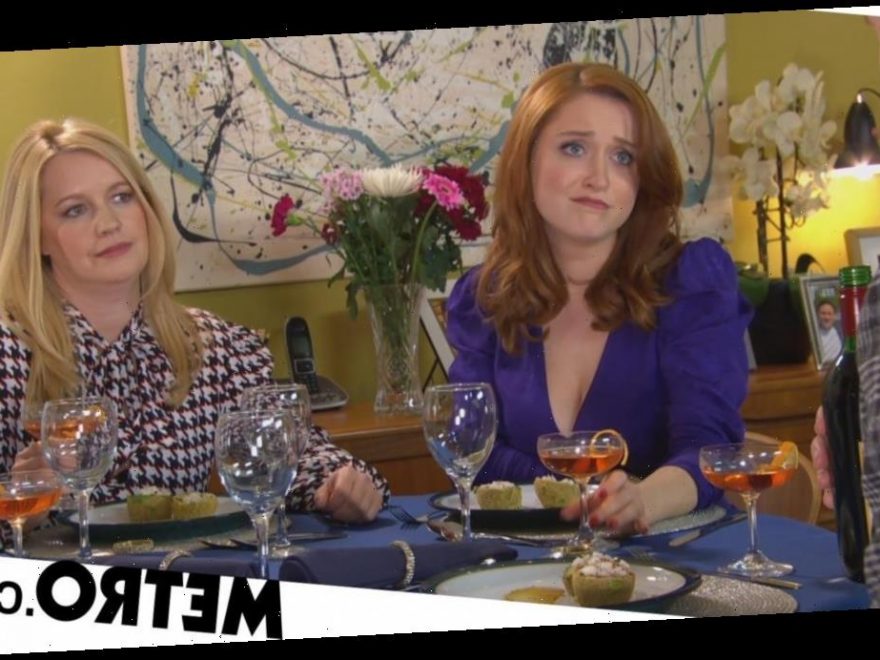 Hollyoaks villain Edward Hutchinson (Joe McGann) is set to get even more dastardly in upcoming scenes as he controls Diane (Alex Fletcher) to the extent that he moulds her into the woman that he wants her to be.

As Tony (Nick Pickard) vows to fight for his marriage, another obstacle that may stand in the master manipulator’s way is his own daughter Verity (Eva O’Hara) – who is very well aware of her father’s lies, including the deceit over the brain operation which never happened.

As Verity sees Diane being transformed – including a bright red hairdo – will she decide enough is enough and stand up to her demonic dad? Could she be the one to finish him off – or could Edward go as far as sacrificing his own daughter in order to maintain his hold over Diane?

A Hollyoaks source told Metro.co.uk: ‘Verity, more than anyone, knows what her father is doing and while she has stood back so far, as he gets worse, she is someone to keep an eye on over coming weeks and months.

‘Edward and Verity’s moral compasses are very different and while Verity may have her father’s ruthless streak, the lengths he is going to against Tony and Diane might backfire on him where is relationship with his daughter is concerned.

‘We will definitely see Diane’s situation get worse as Edward ups his cruel manipulation. Can Tony or Verity bring Edward down – or will they become casualties as his schemes get out of hand?’

Guiding Diane into the salon, Edward will tell her to ‘say goodbye to the old Diane’. But just how much is he planning to turn her life upside down – and mould her identity?