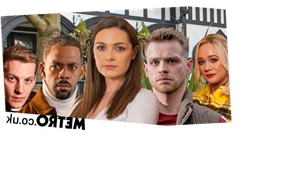 There was a time, rather offensively and quite unbelievably now, where Hollyoaks was dismissed as ‘that Channel 4 kids’ soap with the sexy young people’. A snazzy, all lipstick and no knickers romp to entertain the mindless.

At the time it was an unfair description and, today, it is just downright absurd to imagine someone calling a soap with such a diverse cast and so many important storylines anything other than groundbreaking television.

One of the things that outgoing producer of collectively 12 eventful years, Bryan Kirkword, loathed was any kind of snobbery towards the work his team did. Nothing to do with his own ego, but anyone who has actually invested in a Hollyoaks issue led storyline and seen the process from imagination through to research through to execution, will know how seriously this team takes a soap that wasn’t at all taken as seriously as it should have been by the rest of us.

Nowadays, industry led awards ceremonies are recognising Hollyoaks’ pivotal and fantastic episodes and charities and organisations will turn to Hollyoaks as a beacon of how to tell an important story for their audience in the correct way.

Basically, for fans, people in the industry and even actors, who now flock to Hollyoaks in their droves, seeing it as a brilliant opportunity to do some great work rather than something to be sniffed at (and we’re talking Hollywood stars sometimes), Hollyoaks is every much the vital soap in our schedules as EastEnders, Emmerdale and Coronation Street.

And that’s thanks to Bryan and his passion for the show, for moulding Hollyoaks into its own identity that sets it aside from the other shows and setting and embracing standards that many 9pm dramas would take notes from.

Over my career, I have spoken to Bryan a lot and this is a man who cares about his audience. He cares about entertaining them, shocking them, sometimes angering them (hey, this IS a soap) and, most importantly, educating them and making them feel part of the community.

No other soap engages with its audience through social platforms and innovative projects such as the Don’t Filter Feelings campaign, which really put mental health on the map, as much as Hollyoaks does.

He is grateful for the audience, never took them for granted and also appreciative of the press who are interested in the show and who promote it. He would always be an open book and speak with such thrill – as well as asking for my opinion on certain storylines.

On award panels, he would fight fiercely for Hollyoaks’ voice to be heard among the other titans of the soap world. Every award on that shelf, whether audience or industry voted, means the world to him.

Bryan would hate to read a piece that gives him credit for Hollyoaks’ resurgence – the work of a true producer is to inspire the team behind you and it is they who he would credit for the success of Hollyoaks. He’s happier to take a back seat and just embrace the ensemble nature of Hollyoaks.

Having sat in screenings with the cast, crew and production for big episodes, the support and love everyone has for one another at Hollyoaks is infectious to me. They welcome you into the fold so we can all get together and laugh at a bonkers holiday special, marvel at a manic stunt or sit in silence through a story about depression, far right extremism, abuse or self harm and then have honest and open conversations afterwards.

Hollyoaks is firmly on the map and guaranteed the kind of future that the other three, practically untouchable soaps, are granted.

Hollyoaks is now a part of so many lives and has made many differences to the world. It is also fast paced, wildly energetic and just the right side of bonkers with collapsing cranes, tornadoes and train crashes for that wow factor.

Characters with such depth like Sienna Blake and James Nightingale will go down in history with your Kim Tates and your Phil Mitchells. Families like the McQueens and the Nightingales deserve their place in soap history surrounded by Dingles and Barlows.

The legacy Bryan leaves isn’t just the individual things like Mercedes McQueen, a soap first like radicalisation and drugs lines, the flashy episodes with flashbacks or powerful relationships like Jade and Alfie.

His overall legacy is putting Hollyoaks on the map, demanding we all take a real look at it for what it is and finally bringing us to a time when it is appreciated as it should be.

He leaves as every good producer should – with the show in a healthy place and so much to build on.

And Hollyoaks owes the very fact that it has a future to Bryan and his passionate work.

A hard act to follow – but Hollyoaks can only go from strength to strength and it’s nice to know that Bryan will be able to enjoy that journey with us as a fellow die hard fan of what is often the best television in the UK.