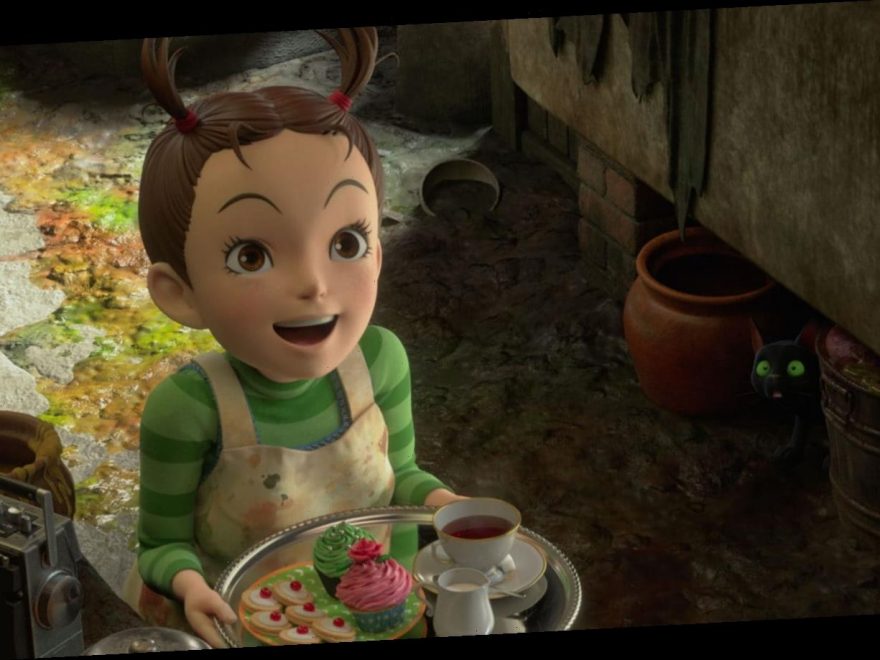 TheWrap awards magazine: “We had to create a team and a whole infrastructure from scratch,” says director Goro Miyazaki, son of the company’s legendary founder Hayao Miyazaki

A version of this story about “Earwig and the Witch” first appeared in the Oscar Nominations Preview issue of TheWrap’s awards magazine.

The Japanese company Studio Ghibli is legendary for its hand-drawn animation, including the classics “My Neighbor Totoro,” “Princess Mononoke,” “Howl’s Moving Castle” and the Oscar-winning “Spirited Away.” All of those films were directed by the studio’s co-founder, Hayao Miyazaki — but it’s his son, Goro Miyazaki, who has now given Studio Ghibli its first-ever 3DCG animated feature, “Earwig and the Witch.”

The idea for the film, Goro Miyazaki said, came when his father gave him the novel by English writer Diana Wynne Jones and suggested it might make a good movie. Goro, who initially worked as a landscape architect to avoid the long shadow of his father before joining the family business to direct “Tales From Earthsea” and “From Up on Poppy Hill,” took to the story of a young, headstrong girl who is adopted by a cranky witch.

“I liked the fact that the protagonist wasn’t your typical good girl who always says the right thing and is very polite and modest,” he said. “She doesn’t whine or complain, she just tries to solve whatever problems are in front of her. And also, I liked it was a very simple story. She’s basically confined in this house with a witch who gives her all those chores that she doesn’t like. This was going to be Studio Ghibli’s first full 3DCG film, and we didn’t want to take on a film that had multiple locations and multiple stories at the same time.”

The move to 3DCG, he added, was not part of some grand artistic plan. “Probably none of us — me or Hayao Miyazaki or (co-founder) Toshio Suzuki — ever really thought about whether a 3DCG film or a hand-drawn film is better from a technical point of view,” he said. “We’ve been famous for doing hand-drawn animation for a long time as a studio, but are we going to continue just doing it in the future? We wanted to try something new.”

The move also made sense for the very practical reason that Hayao Miyazaki, who won an Oscar for “Spirited Away” and also won an Honorary Academy Award for his entire career, had first dibs on the studio’s talent pool and had come out of retirement to make the upcoming “How Do You Live?”

He opted to stay away from a CG style that would look hand-drawn, and also away from one that would be too photo-realistic. Instead, he drew inspiration from the stop-motion animation of companies like Laika and Aardman, because he found that approach had echoes of the Japanese manga style.

Getting Studio Ghibli geared up to do 3DCG, he said, was the biggest challenge he faced on “Earwig.” We didn’t have the system or the manpower to do a full 3DCG film in-house,” he said. “We had to find people, hire people, create a team and create a whole infrastructure from scratch.”

But the new format also took some of the pressure off the team. “In reality, because we were making this in full 3DCG, a lot of the older members of the studio didn’t understand what I was doing,” he said. “I was able to do things in a free way.”

“If a young director tries to work on hand-drawn animation at Studio Ghibli, you’re basically trying to follow in the footsteps of Hayao Miyazaki and Isao Takahata. That causes immense pressure, and it doesn’t really bring out the best in people. This time, I would say that it was mentally more relaxing for me.”

So did it feel like a big step to bring Studio Ghibli into the world of 3DCG? “I don’t know if it’s a big step or a small step,” he said with a laugh. “This might be our last 3D CG film.”