Lena Waithe has been advocating for supporting marginalized storytellers for years, but now she has real money behind that mission. In a new partnership between her company Hillman Grad Productions and global job listings site Indeed, Waithe has launched the Rising Voices initiative, which aims to uncover, invest in, and share stories created by Black, Indigenous, and People of Color (BIPOC) filmmakers. The initial 10 short films produced by the initiative came out of a $1 million investment from the partnership.

All of those short films made their world premieres during a special Tribeca Film Festival event at Pier 76 this week, with Waithe and Indeed CEO Chris Hyams in attendance. In an interview with IndieWire shortly before the screenings, Hyams and Waithe explained how the partnership emerged from the wider goals of Indeed itself.

“Our mission was to help people get jobs and see how important a job is in a person’s life and their family and their community,” Hyams said. “We could easily spend a million dollars on a TV ad, but we thought, instead of doing that, what if we took that million and invested it in BIPOC filmmakers to tell a story from their own perspective about what the meaning of a job was.”

The idea first took root in last fall, when Hyams connected with Waithe and Hillman Grad president Rishi Rajani, who suggested the idea of splitting $1 million among 10 filmmakers. Ultimately, each of them received a $100,000 production budget to produce their films, a $10,000 writing fee, an additional $25,000 for the COVID safety of the cast and crew, and a dedicated line production team provided by Hillman Grad and 271 Films.

“What was so exciting is that the filmmakers would have a really nice, robust budget, because $100,000 for a short allows you to really sort of stretch your muscles and see what you’re made of, which is what happened here,” Waithe said.

By February of 2021, the initiative opened up submissions and ultimately received close to 900 screenplays, which were whittled down to 10 by executives from Hillman Grad, Indeed, Ventureland and PRETTYBIRD filmmakers, along with program mentors Calmatic, Paul Hunter and Melina Matsoukas.

Waithe said the collection of shorts were selected to highlight a spectrum of voices and sensibilities. “I think what’s exciting about new filmmakers is that they’re, of course, going to innately bring something unique to the business or the screen, because we haven’t met them,” she said, adding that newcomers she’s supported have ranged from Radha Blank with her comedic breakout “The Forty-Year-Old Version” to Little Marvin with “Them: Covenant,” a horror series. “They are uniquely themselves,” she said. “I can’t do what they do. They don’t do what I do. They bring something inherently different to the table because they’re inherently different.” 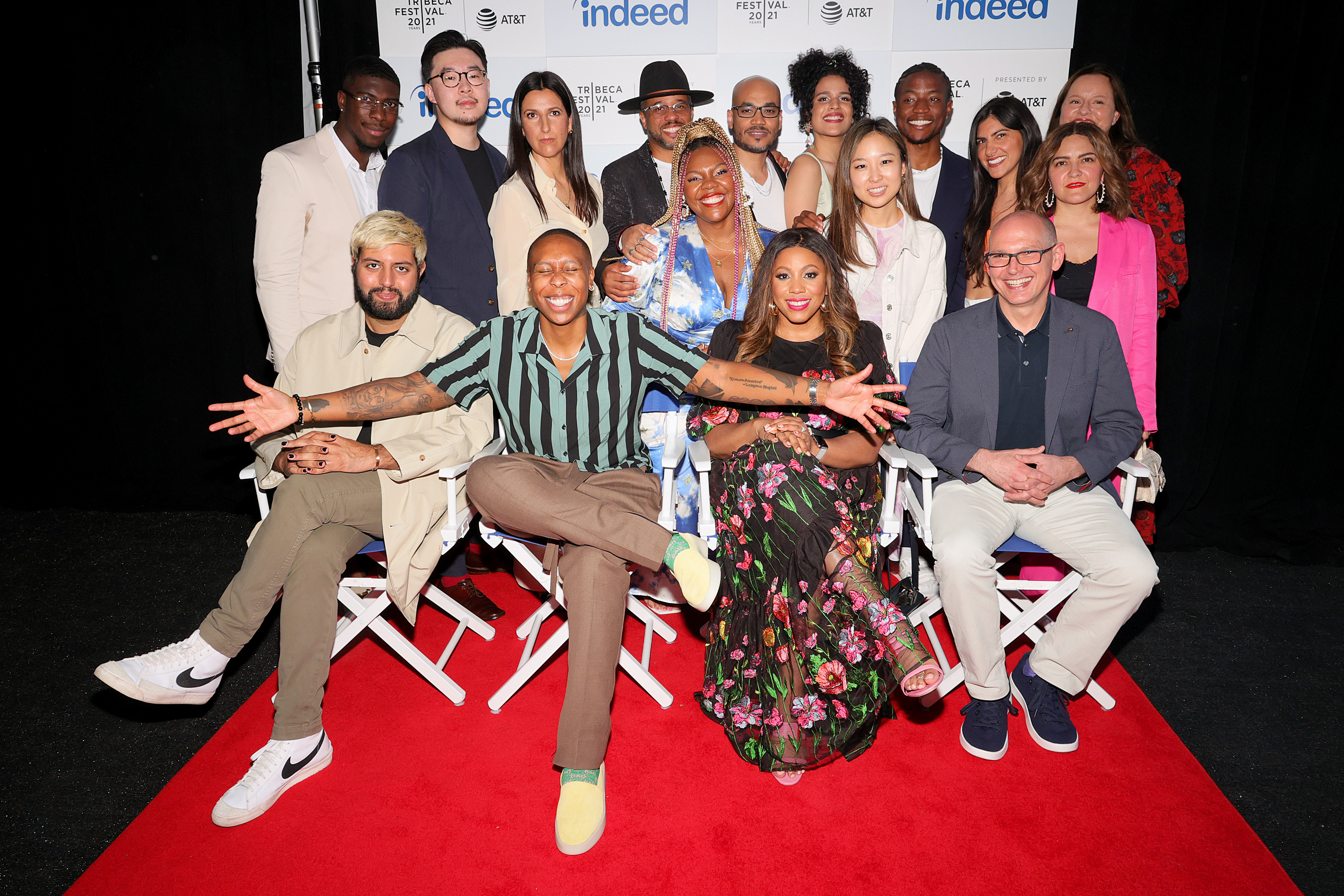 Hyams noted that the budgetary allocation meant that each short film had ample resources. “If you come and watch these films, you’ll see every penny on the screen,” said Hyams, who previously founded the film marketing and distribution service B-Side. “As someone who’s seen a lot of short programs at film festivals before, I can say that I’ve never seen 10 films that stack up like these. And it was because they had the right budget, which meant that they could actually hire a real crew.”

According to Hyams, the program — which supported each single filmmaker through the entire production process — created over 600 individual jobs. “Our view at Indeed is that talent is universal, but opportunity is not, and so, all you have to do is give that opportunity, which every single one of these filmmakers made the most of,” he said. “We got them all cast, shot, guided them through post-production, and they’re screening four months after we launched the program in February, which is extraordinary to do for one film, let alone pull it off for 10 films at the same time.”

Following their Tribeca premiere, the films will be promoted on premium broadcast media, including an in-show package at the upcoming BET Awards, airing June 27, as well as a commercial during the show that will celebrate all the filmmakers, and direct to viewers at indeed.com/risingvoices, where they will be able to watch every film, along with a “making of” documentary.

At its conclusion, at least one filmmaker will be offered a filmmaker-in-residency position at Indeed to continue producing content with the brand.

It’s a critical step forward for Waithe, who previously had to contend with flak in response to comments she made about Hollywood’s Black elite and the lack of financial backing of films by Black auteurs. “I’ve made peace with those comments, because it was more about me saying to myself, if I’m ever in a position of power, I want to do something, and lead by example, instead of asking what others can do,” she said, and credited Ava DuVernay, Issa Rae, and Justin Simien for using their influence to lift others up.

Waithe said that the shorts, which each run about 15 minutes, will serve as calling cards for the selected filmmakers. Speaking moments before the 10 films premiered, she beamed like a proud parent of children of accomplished children. “These filmmakers get to sit and watch their films on the big screen, seeing their dreams come true in more ways than one, which is what Hillman Grad is all about,” she said. “We’re in the ‘making dreams come true’ business, because when we work with filmmakers like these for the first time, we get a front row seat at the beginning of their journeys, having playing a small part in their legacies, which is a huge honor for us.”

The “Rising Voices” short films are available to watch via indeed.com/risingvoices and will be available on Prime Video later this month. Amazon will donate $1 for every hour of content streamed to Goodwill, a long-standing partner with Indeed to increase opportunity for underrepresented communities and help people get jobs.