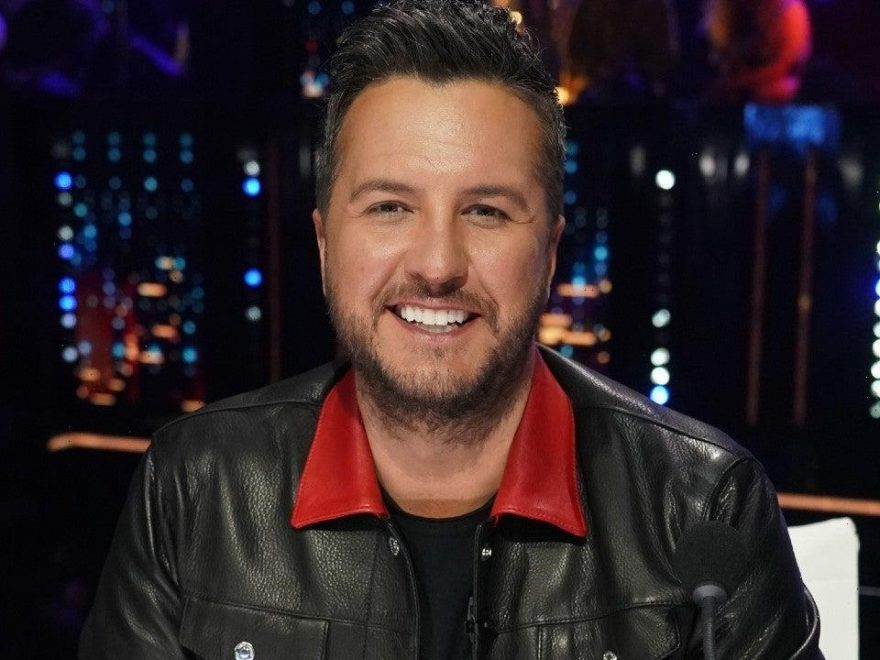 Luke Bryan wants to bring people hope. Ahead of the premiere of Luke Bryan: My Dirt Road Diary, ET’s Rachel Smith spoke to the 45-year-old country singer about his candidness in the docuseries, specifically while reflecting on the deaths of his brother, sister and brother-in-law.

In 1996, Bryan’s older brother, Chris, was killed in a car accident at age 26. Then in 2007, his older sister, Kelly, died suddenly at 39 of natural causes that are still unexplained. In 2014, Kelly’s husband, Lee, died of a heart attack at age 46, leaving behind three children, including a 12-year-old son that Bryan and his wife, Caroline, are raising.

“When [people] walk up to me on the street and they’re like, ‘Hey man, you really inspire us,’ that’s what it’s all about to me,” Bryan told ET. “I think telling this story with this much detail really helps people learn about me and learn about people that go through very, very tragic things. I always believe there’s a lot of people out there going through similar scenarios as me. If we can inspire them and help them dust themselves off, that’s what this thing really is about.”

“Really showing this story, I think it will clarify so many more things, if any of my fans or anybody that didn’t know me had some grey area about my journey,” he continued. “It’s been quite the story and quite the ride. I think this docuseries really tells of the ups and the downs. You gotta celebrate the ups, and you gotta really try to work together to get through the downsides.”

Throughout the docuseries, fans will hear from Bryan’s family and friends, including his late brother-in-law, Lee.

“Watching my brother-in-law do his interviews, and then obviously now he’s not with us anymore, it’s just something that’s really etched forever in time,” Bryan said. “It’s just a lot.”

As for the rest of his featured loved ones, Bryan quipped, “They’re not short on words.”

“When you’re able to watch those interviews take place and… hear people say that they love me in an interview like that, it’s so special,” he said. “I’ve even told everybody to pay to have a documentary done about their life, because you’ll tell somebody you love them to a camera, but you’ll really have a tough time doing it to their face.”

After his family and friends got the first look at the docuseries through its trailer, Bryan said “they were already bawling.”

“When they’re able to see the whole thing, it’s just going to be somewhat of a healing experience for my family,” he predicted. “I think it’s gonna tell the world exactly where I come from and why I am what I am.”

Another thing that will assist with that goal is the old footage of Bryan as a teenager, when he was first learning to sing and play guitar, as well as participating in high school theater.

“Back then, I don’t think I was ever imagining that all of these amazing things would happen,” Bryan told ET. “… We dug up some of my brother’s old tapes of stuff, and then we were able to really  go back and find some really neat footage from a long time ago that really tied it all in. It really tells a story.”

Another thing that helped to tell the story was the director of the docuseries, Michael Monaco.

“He is a big driving force in making this thing happen. He was there so many of the times backstage, videoing so many of these emotions,” Bryan explained. “… Then you got my career happening and then you got the ups and downs of my life, so it just started unfolding as kind of a story.”

“We felt like this story would inspire people that have been through the challenges of life,” he continued. “We felt like it was a story that needed to be told about where I come from, too. To get to see my little hometown and a lot of my family members is really special.”

While Bryan is largely aiming to bring hope to his fans through the series, he also wants it to clear up the “claim” that he’s “shied away from my roots,” something he says “is certainly not true.”

“Obviously, I’ve been really, really blessed to have been around the world, doing what I love, so I always want to stay who I am,” the American Idol judge said. “I think those images of me as a boy have helped carry me through this business and carry me through life. I love telling that story. I think it’s important for people to know exactly where I come from.”

From where he started out to this current moment in time, Bryan, who’s currently on his Proud to Be Right Here Tour, is grateful that he continues to feel fulfilled professionally.

“I am so blessed because I look out there and places are still sold out and people want to come see me live. The day that I wake up and I look out there and there is empty seats and stuff, I am like, ‘Maybe I got to start trying another avenue in entertainment,'” he said. “But right now, music fulfills everything professionally for me in life.”

“Music is first, and obviously my obligations to American Idol are so amazing, too. When I look at American Idol and music, gosh, I mean, those are really, really special things for me,” Bryan continued. “I would love to focus on them. When I feel the calling to kind of dabble in something else [I will]. In five years I might be a high school football coach or something. Who knows?”

Tune in to Wednesday’s episode of Entertainment Tonight for more of ET’s interview with Bryan. Luke Bryan: My Dirt Road Diary will debut Aug. 6 on IMDb TV.