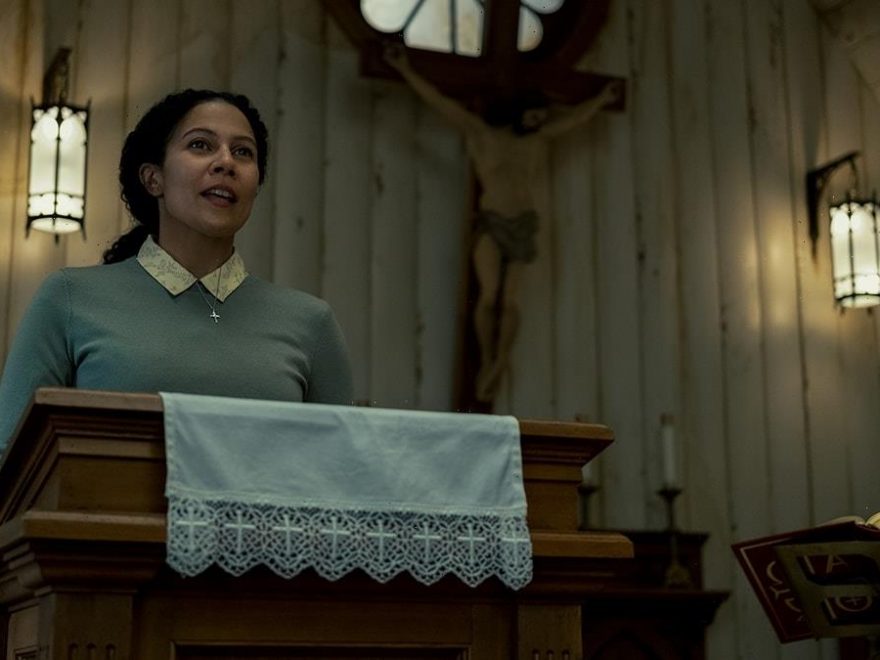 TheWrap magazine: ”Scripture can be so easily manipulated to fit an agenda, even one as ridiculous as the one we were using,“ showrunner says

A version of this story about “Midnight Mass” and creator Mike Flanagan first appeared in the Documentaries issue of TheWrap magazine.

Saying that Flanagan’s source material was “huge” would be putting it mildly, “and the craziest thing about it, is that it is so dense and so esoteric, you can find something in there to justify almost anything.”

The Good Book has some surprisingly dark material. “There were things that had leapt out at me as a horror fan when I would read the Bible and be, like, ‘That’s horror! That’s classic horror-fiction tropes.’ So those things always stick with me more,” said Flanagan, who debuted “Midnight Mass” in September after working for at least a decade on the concept inspired by his Catholic upbringing, questions of faith, struggles with addiction and road to sobriety.

The show focuses on a small, isolated island community called Crockett Island that is rocked by the return of a disgraced, recovering addict (Zach Gilford) and the arrival of a charismatic priest (Hamish Linklater) and the strange miraculous events that he brings with him, which are questioned by a devout, but skeptical townswoman (played by Kate Siegel, who happens to be Flanagan’s real-life wife and a recurring leading lady in his work).

Spoiler alert: The “miracles” they experience are gifted by an angel. This angel is less like the white, comforting being you’ll find atop a Christmas tree, and more like a vampiric agent of the Lord that bestows health and youth in exchange for your blood and human life.

This description of an angel might seem totally off to “Midnight Mass” viewers at first, but Flanagan said the Bible is there to back up the show’s depiction. 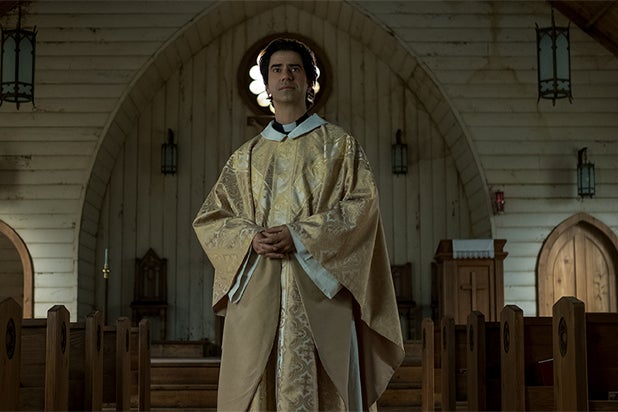 “A lot of it was searching through it and basically trying to find passages that we could use for this. I just had no idea it would be that easy,” said Flanagan, who worked on “Midnight Mass” with longtime producing partner Trevor Macy. “I mean, there were, especially in Revelation, there were so many things that just snapped right onto our agenda. But I think that’s part of the point of the show, is this scripture can be so easily manipulated to fit an agenda, even one as ridiculous as the one we were using. That’s scary. That should scare us, especially if we’re going to say, or some of us are going to claim, that this book was written by God. That this book is a holy scripture. It can be weaponized very easily and context can be absolutely upended. And that’s something I think that everyone should be wary of, faithful or not.”

Because “human beings have been doing this for thousands of years” with scripture, Flanagan said it was surprisingly “easy” to create some of the more outrageous and fantastical Bible-based elements of the show.

“They can dig into that book and be like, ‘Yup, this is why I’m allowed to kill this person. It’s right here.’ The book, unfortunately, is that malleable,” Flanagan said. “I didn’t expect it to be as easy as it was to completely justify vampirism biblically. Down to the fact that it’s like, ‘And it’s good that they burst into flames when they go outside.’ Yes, there’s a passage for that in Revelation that says, ‘Yup, and God’s going to make sure that the righteous burst into flames.’ Like, really? That’s in there, too?” 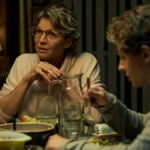 Flanagan didn’t just rely on the perennial bestseller as his go-to for answers to questions he had while writing “Midnight Mass.” He brought in a stable of consultants and experts on not just Catholicism, but Islam as well, the religion practiced by Rahul Kohli’s Sheriff Hassan and his son on the seven-episode limited series.

“We had Catholic scholars, we had a Catholic priest who consulted and even came to set,” he said. “We had Muslim consultants, we had two of them, to make sure that we got Hassan and Ali right. We really wanted to be as authentic as we could. So we’ve always had advisors and people attached to the show to make sure that we weren’t misrepresenting something and to kind of get a preview for how people might react.”

Flanagan said that after all that effort was put into authenticity in “Midnight Mass,” what caught him off guard was the reaction not from religious viewers, but fellow atheists. 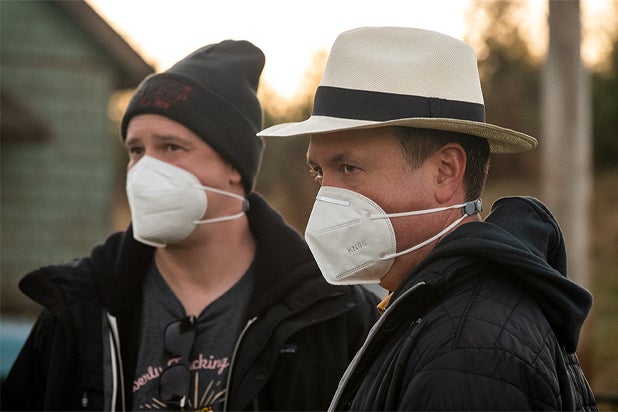 “I was very worried about how this show would go over with very religious people. The most upset reaction that I’ve seen to the show is from an atheist. I never could have predicted it in a million years. And reading it, I was just like, ‘For real?’ That was one consultant we never brought in, because I figured, that’s me. But it shows, when we talk about how easy it is to kind of co-opt scripture to your point of view, I was shocked at how people can co-opt the show to their point of view, as well.”

No matter what the reaction is, the “Midnight Mass” creator said he’s “very grateful” the Netflix series is “inspiring conversation.”

“It was never designed to be an attack on religion. It was designed to be a critique of fanaticism, in any belief system,” he said. “And I think a lot of religious viewers are recognizing that, and they’re using it as a wonderful way to discuss some of the pitfalls with modern faith. I love that. I’m so grateful and honored by that.”

Read more from the Documentaries issue of TheWrap magazine. 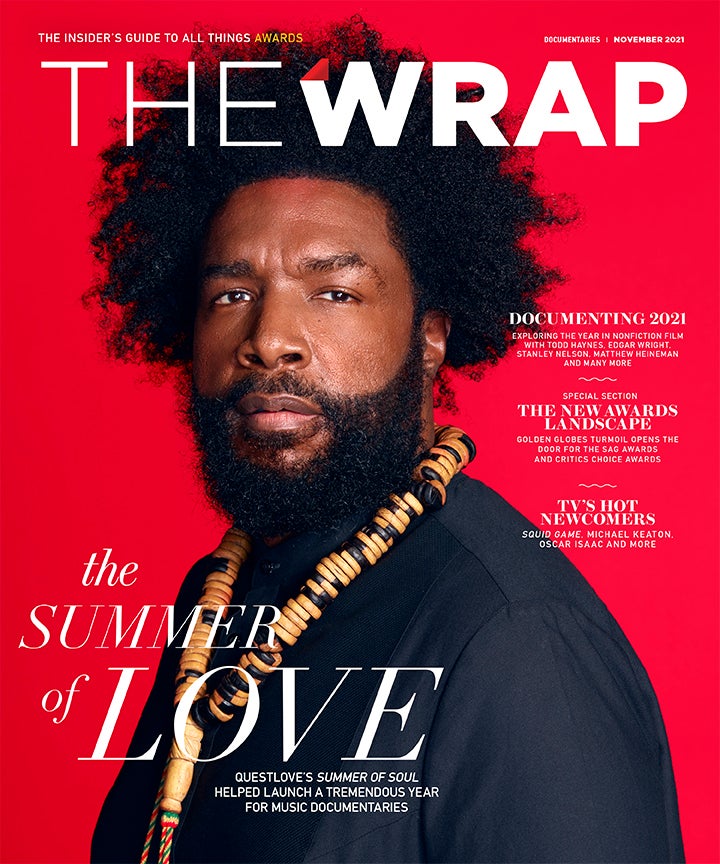