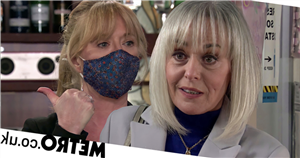 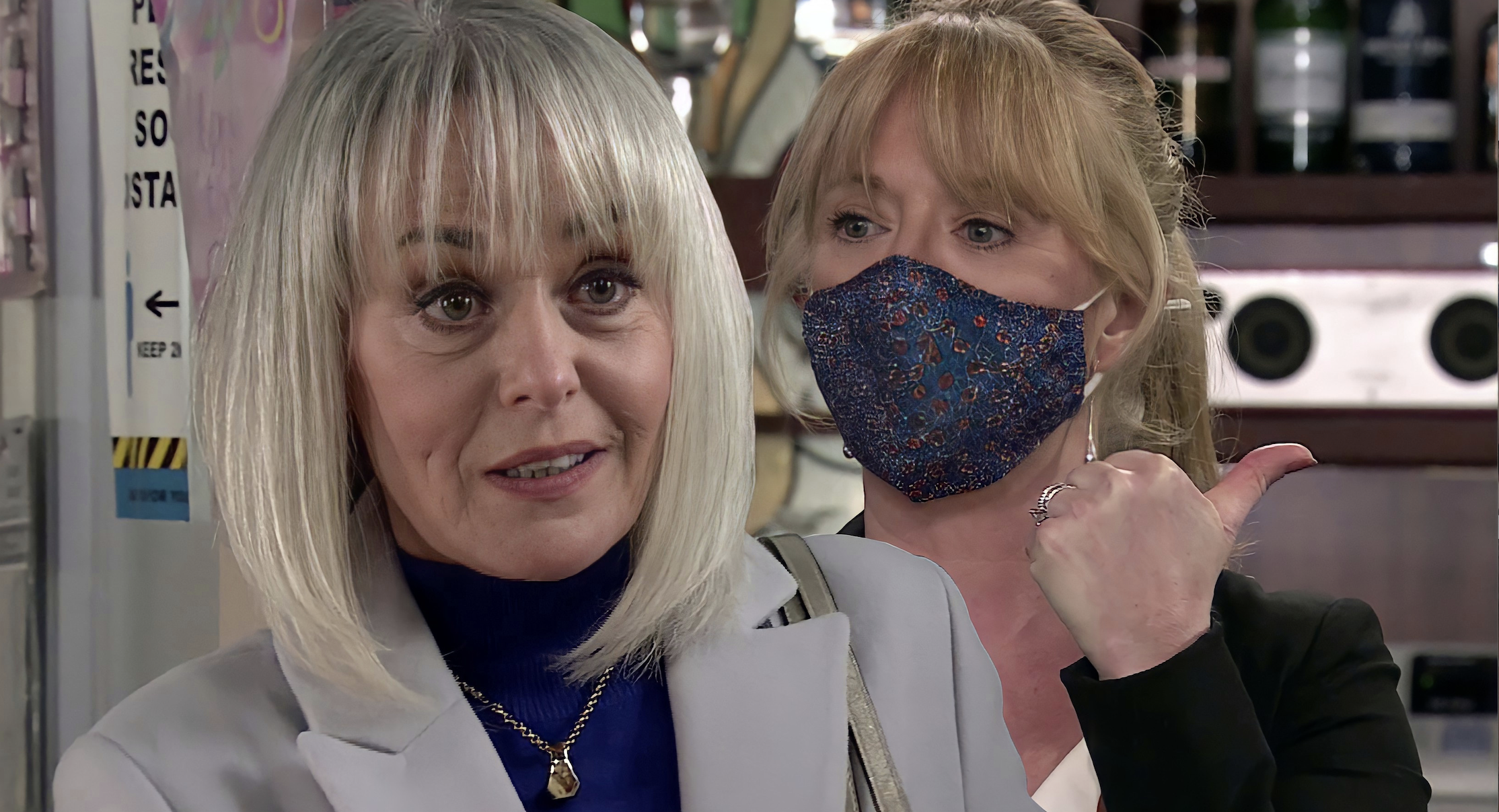 Initially wary and then subsequently welcoming, Jenny has now again become suspicious of Sharon’s intentions after running into her outside the local prison. And, it seems, that Jenny will become increasingly determined to discover what exactly Sharon is up to.

‘Rita had convinced Jenny that Sharon should have a second chance,’ actress Sally Ann Matthews told Metro.co.uk. ‘But after bumping into her outside the prison, Jenny turns into Weatherfield’s answer to Jessica Fletcher, only she’d be pulling pints in the opening titles instead of sitting at a typewriter.

‘She’s also a bit like Jenny in Gogglebox, but she’s taking notes about Sharon rather than Line of Duty.’

Matthews adds that she’d relish any opportunity to spar on screen with Bennett: ‘I tweeted the other week that I was having the campest day at work with Tracie thanks to some scenes written by Jonathan Harvey.

‘It was brilliant and anything with Tracie is just a joy to do. We work really well together and it’s hysterical. It’s so soapy but so unique.’

But rather than offer a tease on what lies ahead, Matthews would prefer to defy any expectations on where Jenny’s barely suppressed animosity towards Sharon will lead.

‘If the audience ever predicted how Jenny would react then I’ve failed. I love trying to keep people guessing.

‘They should know that obviously Jenny and Sharon will have some fireworks, but I also do like to try and surprise by not screaming and shouting or vice versa. I love doing that.’