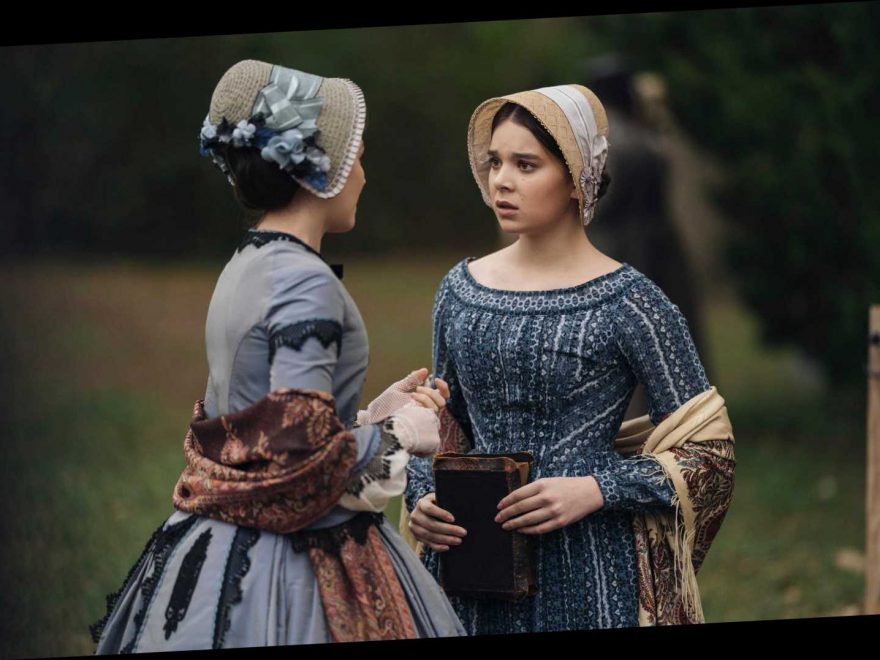 No need to shut yourself in until we get season 3 of Dickinson. Well… there are a few reasons to shut yourself in these days (like, COVID), but what I mean to say is there’s no need to be emo about the future of Dickinson. Alena Smith’s hilarious and heartbreaking series about the social life and poems of Emily Dickinson, starring Hailee Steinfeld, returned to Apple TV+ for season 2 in January 2021—and the “period, but make it modern” comedy has more up its puffy sleeves. Here’s everything we know, and guess, about season 3.

The series was renewed for a third season all the way back in October 2020, per Variety. As Emily’s sweet brother Austin Dickinson would say on the show, dope.

What’ll season 3 be about?

War! In season 2, Emily Dickinson toys with having a poem published in Springfield Daily Republican. In real life, that happened in 1861… the same year the Civil War started. Smith has teased a Civil War storyline for season 3, briefly, on Twitter and in some interviews. She also told Town & Country that living through a pandemic also influenced her as a writer while working on the scripts for season 3.

Expect these cast members to return:

It seems likely that Dickinson cast members Anna Barishnikov, Ella Hunt, Adrian Blake Enscoe, Jane Krakowski, and Toby Huss will all join Steinfeld in season 3. There will probably also be at least one appearance from Wiz Khalifa as Death — and this hopefully isn’t the last we’ve seen of Will Pullen as Nobody.

Joseph Lyman, the character played by Gus Halper in season 1, is mentioned briefly in season 2 as having moved to Nola, a.k.a. New Orleans. In real life, Lyman was a friendly correspondent of the Dickinson family for years—and his letters to and from the Dickinsons were compiled in a book. It would be cool to see him come back in season 3.

The could introduce some historical figures and writers.

There are figures from Dickinson’s life, like her publishers/friends Thomas Wentworth Higginson and Mabel Loomis Todd, who have yet to appear in the Apple series. Smith mentioned Higginson in an interview with the San Francisco Chronicle as someone Emily wrote to in the war, which Smith said will factor into season 3. There’s also Helen Hunt Jackson, a lesser-known writer from the period who knew Emily at school.

Then there are the Big Names, a.k.a. people you vaguely remember from school. The first two seasons gave us Zosia Mamet as Louisa May Alcott, John Mulaney as Henry David Thoreau, and Nick Kroll as Edgar Allen Poe. What’s next? The show has a reputation to uphold now! Wouldn’t you love to see Dickinson‘s take on Herman Melville, Mark Twain, or Lewis Carroll? Civil War aside, what about some of the early suffragettes, like Susan B. Anthony and Elizabeth Cady Stanton? Dickinson could absolutely tear the problematic and racist roots of the Women’s rights movements to shreds.

When are we going to get to watch season 3?

Personally, I would guess that we’ll have to wait several months for the new season. The first season came out in November 2019, and the second was in January 2021. Expect them to stick with the winter theme, but it’s difficult to say whether that means late 2021 or early 2022. Keep an eye on creator Smith’s Instagram, TBH. She’s very good about sharing fun behind-the-scenes pics—so when so they start filming… we’ll (likely) know about it.