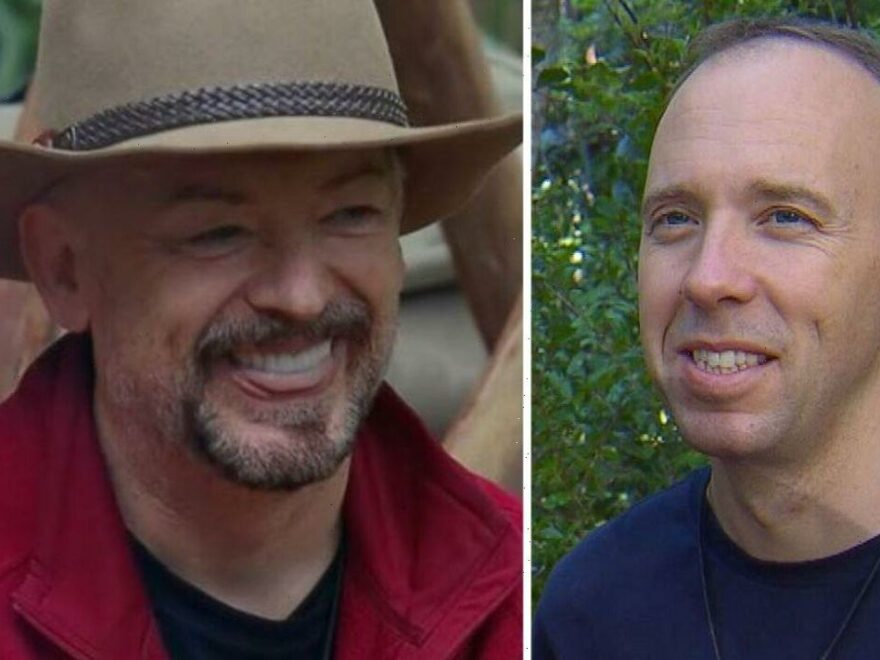 Tonight, the remaining I’m A Celebrity… Get Me Out of Here! contestants said goodbye to another campmate as they draw closer to the final on Sunday. Boy George was the fourth celebrity to be eliminated from the ITV series, however, viewers were stunned that former Health Secretary Matt Hancock had survived another public vote.

Presenters Ant McPartlin and Declan Donnelly arrived at the camp and revealed that the public had voted for Boy George to leave.

The singer left the jungle tonight after polling the lowest amount of votes in the latest eviction, however, claimed he was ready to go.

Before he left, he hugged his fellow campmates thanked them for their time together and made his way up to Ant and Dec for his interview.

Touching on his time, George said: “I didn’t realise how tough it was gonna be. I have challenged all my control issues and where my head goes.

“But I have enjoyed being here with all of you people and it’s been a real adventure.”

Viewers of the show were left fuming by how Matt Hancock has managed to escape the public vote and continue his jungle journey.

Taking to their Twitter accounts, Gary Landis fumed: “#ImACeleb NOOOOOO Not Boy George, how can MATT HANCOCK still be in there? Or Chris Moyles?? WTAF?”

@bravostan_ stated: “I swear to f**king god if Matt Hancock wins #ImaCeleb I’m giving up on the British public.”

@RoRoSuperRo claimed: “I still can’t believe people are voting for Matt, the British public are so easily manipulated… #imaceleb.”

However, not everyone was annoyed Matt was still in the competition as Sue Fielding wrote: “Matt Hancock has surprised me, to be honest. Kind of glad he is still there!” (sic)

Arriving at the trial area, Ant explained: “This is Grot Yoga. It’s hot yoga like you’ve never seen before. Each of you has to sit on one of these mats, inside the three tanks.

“There are eight stars up for grabs so there are eight rounds to this Trial. In each round we’ll show you a yoga pose, you must all copy and hold that pose for a minute while [chanting] ‘Om’.”

Dec continued: “If you successfully hold your pose for a minute then you get another minute to pass a star from one end of the Trial to the other and into the collection pot at the end, using only your mouths.

“Each star placed successfully into the collection pot equals a meal for camp. If you drop the star in your tank or on the floor, it’s lost.”

Pushing through the poses and blocking out the smell of what they were covered in, the lads won all eight stars and went back to camp with a smile on their faces.

I’m A Celebrity… Get Me Out of Here! airs daily from 9pm on ITV.