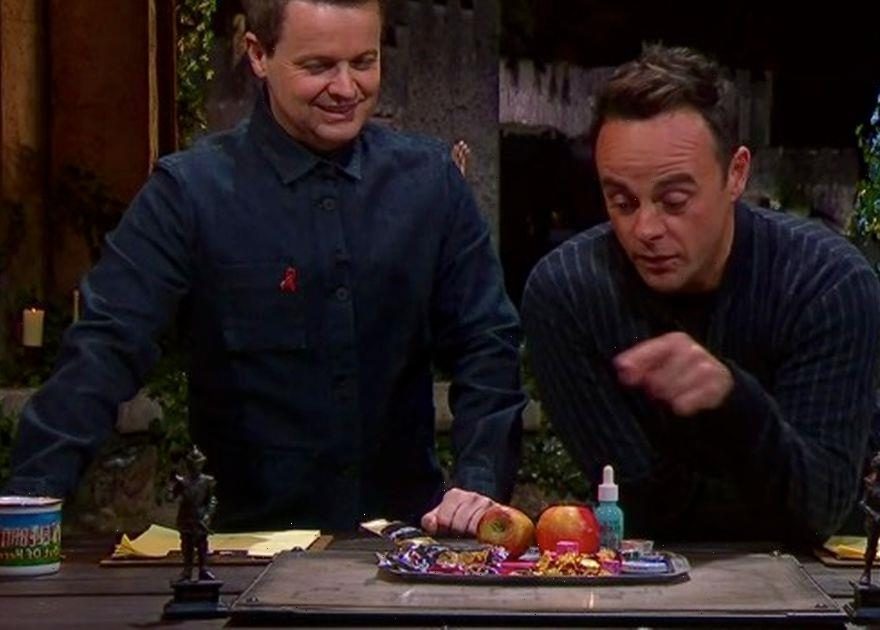 I’m A Celebrity hosts Ant and Dec shared the items that the contestants tried to smuggle back into camp upon their return on Wednesday's episode of the ITV show.

The presenters, both aged 46, revealed the "genuine" contraband that the celebrities had attempted to sneak into Gwrych Castle, which included boiled sweets, apples and even fake tan.

It comes as I'm A Celebrity returned to TV screens on Tuesday (30 November) after Gwrych Castle was hit by Storm Arwen, resulting in "technical issues" and the contestants being removed from the camp.

After it aired scenes of the celebrities returning back to the campsite, Ant and Dec decided to share the contraband that the stars tried to smuggle back into camp upon their return.

Dec said: "So the celebs are all back in the castle… but that doesn't mean they didn't try it on getting back in there, what you didn't see was the contraband we caught them trying to smuggle in."

He then produced a tray of the confiscated items, adding: "I've got just a bit of it there. How do you like them apples!"

To which Ant joked: "Where did they try to smuggle them apples! This is genuine, this is what they tried to smuggle in. We've got boiled sweets here, Naughty Boy's brooch, breakfast biscuits – why? And of course, look, fake tan, a nail file and Vaseline."

With Dec joking: "Wow, where were they quarantining, Superdrug? Don't be silly, it was Boots!"

I’m A Celebrity… Get Me Out Of Here! continues to air at 9pm on ITV and ITV Hub every night.

For all your latest updates on I’m A Celebrity… Get Me Out Of Here! , sign up to OK!'s daily newsletter.