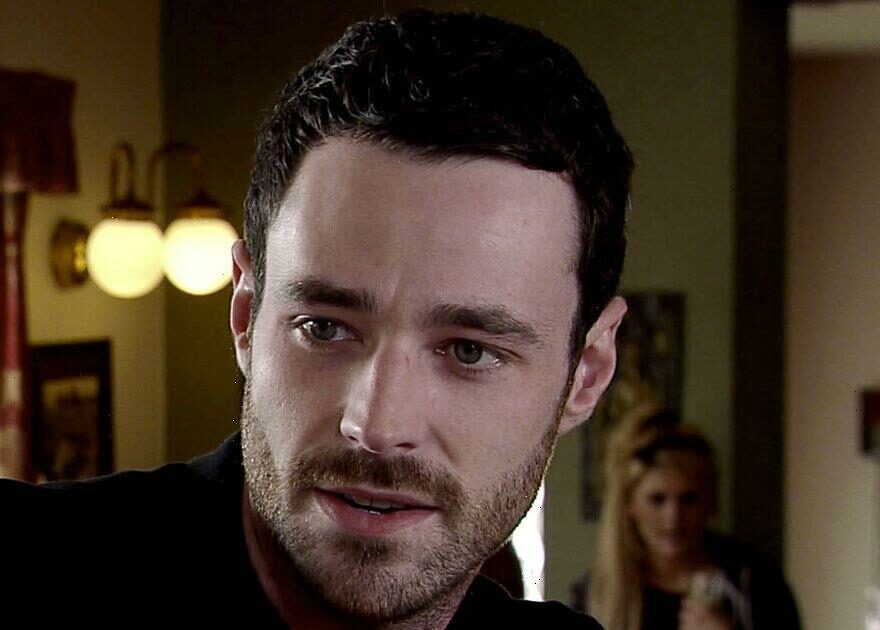 Callum was killed by Kylie (Paula Lane) in October 2015 in dramatic scenes after he attempted to rape Sarah Platt (Tina O'Brien).

READ MORE:Antivax comments Corrie's Sean Ward has made as he complains he can't get work

His body was later found buried beneath the annexe outside the Platts' house, with his death blamed on Tony Stewart (Terence Maynard).

Following a promising early career and amid a potential Corrie return, Daily Star takes a look inside Sean's recent troubles.

Sean made headlines for all the wrong reasons when he was seemingly arrested in September 2021.

Having previously received backlash after urging fans against getting a Covid vaccine, the actor was pictured being led away by police during an anti-vaccination protest in Canary Wharf.

The chaotic scenes followed his participation in a mob which attempted to get through the doors of the MHRA building where Covid jabs were initially approved.

Prior to his removal, the Our Girl star had documented the protest on his Instagram page.

Sharing photos from the demonstration, Sean wrote in a caption: "Kids don’t need an experimental jab. PROVE US WRONG."

Amid the protest, footage was also shared to Twitter which appeared to depict a group of six police officers surrounding Sean just moments before he was led away.

In August 2021, the actor also joined thousands of antivax activists who clashed with police outside the Television Centre in London.

A video later emerged of Sean trying to stop protestors battling with police forces during the incident.

Earlier this year, Sean revealed to fans on social media that he had become homeless after work offers "dried up".

The former soap star took to Instagram in January to reveal the devastating impact his antivax views had had on his finances.

Having once earned around £100,000 a year and lived in a four-bedroom house, Sean said he had been left sleeping on a mattress in a friend's spare room. The out-of-work actor also confirmed he had been boarding with his friend rent-free, having been made to part ways with his car and the bulk of his other possessions.

"No one would hire me whether in front of or behind the camera, all my usual ways of making money just stopped, eventually I couldn't afford the rent."

He later added: "Was it all worth it? Yes! If I've saved one life then yes."

Better yet, they reasoned he would return to Weatherfield in a dramatic faux-death twist.

The theory was first shared by Reddit users in March, with soap fans suggesting Callum had survived his beating and escaped from under the annexe, later returning to place another body in his stead.

Suggesting a gateway for Callum's return, one fan wrote: "Maybe Harry/Max grows up to want to find out what happened to their dad? Maybe it comes back to haunt Sarah in some way? Maybe he NEVER DIED?"