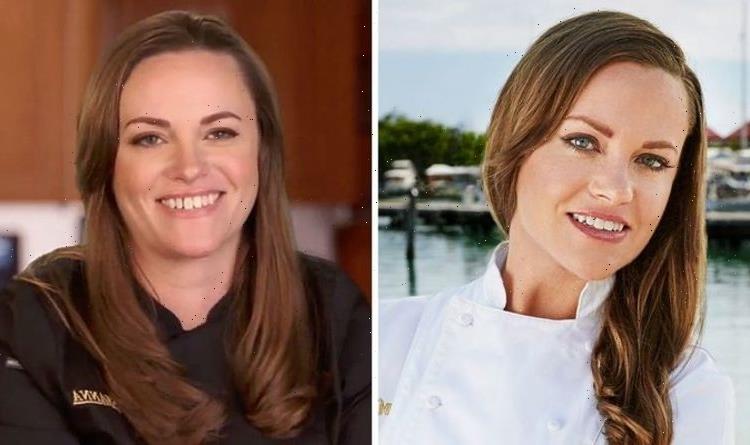 A dramatic look at Below Deck season 9 preview

Below Deck saw tensions rise on deck during season eight, with the crew’s personal lives once again causing plenty of onboard drama. Chef Rachel Hargrove was distracted by her boyfriend, with many fans curious to know if the relationship is still going during season nine. During a recent interview, Hargrove shared an update on her relationship status with fans.

Is Rachel from Below Deck still with her boyfriend?

Below Deck fans are finally able to catch up with the stars now that the series is back for season nine.

Ahead of the premiere, the crew has been sharing some updates on the weeks and months following season eight’s finale.

For fans, Rachel Hargrove’s relationship status was the main point of discussion, following an emotional season for the sailing star.

During season eight, Hargrove got emotional over her relationship with Vincenzo, her Italian boyfriend.

While never seen in the show, Hargrove still mentioned him regularly throughout the season.

She even broke down into tears in one episode, admitting she missed him because of the distance and time between them.

Sadly, following season eight, Hargrove confirmed that the relationship had ended and that she and Vincenzo had split.

“It was very difficult to be away from him and the uncertainty of everything. It’s hard to be away from your partner that you love so much, but it also helps when that partner is very, very understanding and you keep that line of communication together. It really is important.”

Just last month, Hargrove shared another update on her relationship, confirming that the romance was over for the pair.

On the Watch What Happens Live with Andy Cohen After Show, Hargrove said she was looking for a “clean start” now.

Hargrove explained: “We’re not together. Yeah, it took us five months to get back together — well, to see each other again from the start of filming [Below Deck Season Eight].

Despite her relationship ending, Hargrove said how good things are going for her now, not letting her past experiences take away her optimism.

Hargrove continued: “It’s actually been a wonderful experience. So nothing’s been bad.

“I’ve got a beautiful little apartment I love. I’m here in a good area where I can work on boats. I’m signed onto a boat, so everything works out perfect.

“You can’t fall apart at the seams. You’ve got to keep a positive attitude. I deal with everything with sarcasm, so I’m good to go.”

Hargrove will once again be joined by Captain Lee Rosbach, who is still heading up the crew.

In the trailer, it is confirmed that Rosbach will be absent from a chunk of the season due to illness, though thankfully he will return to command the superyacht.

Below Deck season 9 is airing weekly from 9pm EST on Bravo and is available to watch on Peacock. A UK release date is yet to be confirmed.