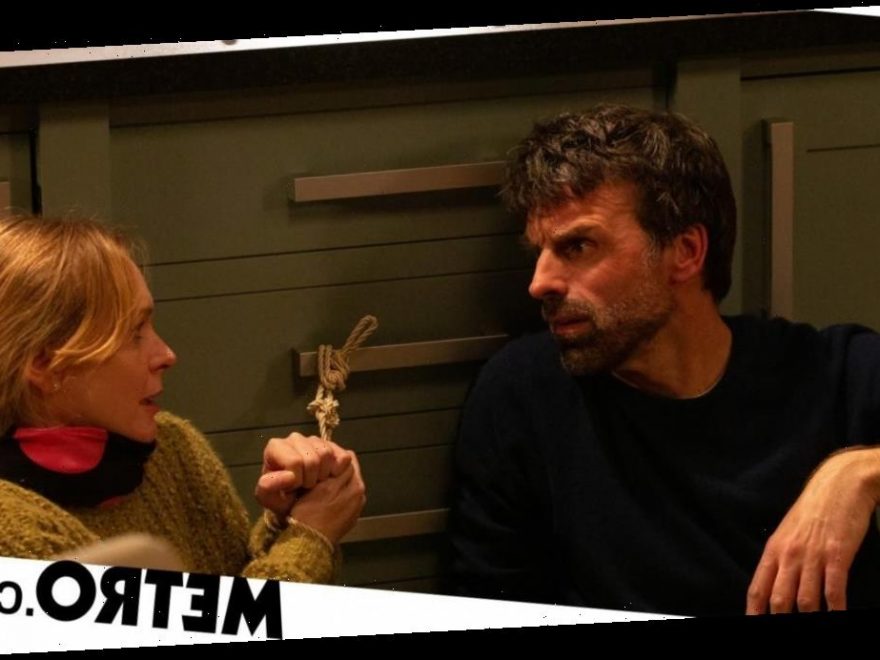 Vanessa Woodfield (Michelle Hardwick) is in grave danger in Emmerdale this week as Pierce Harris (Jonathan Wrather) has continued his plans to use her and her young son Johnny to get to Rhona (Zoe Henry).

The upcoming episodes will see Charity decide to stop checking her phone for messages from Vanessa after the pair fell out over the stealing of Graham’s money – not realising that Vanessa is in fact in need of desperate help as she has been kidnapped with Johnny and taken hostage by Pierce.

Vanessa and Pierce have a history, as she was the first person to see the villain for who he really was while he was in a relationship with her best friend Rhona. This means that Vanessa is even more likely to be a target of Pierce’s vengeful schemes – but what exactly does he have in mind and is Vanessa’s life in danger?

Although actress Michelle Hardwick has not made any announcement about leaving Emmerdale, suggesting there are no plans to have her character exit the soap anytime soon, the star did recently warn that Pierce may kill again now he has returned to Emmerdale – and Vanessa is certainly in harm’s way.

‘Vanessa and Pierce have got history,’ Michelle explained, ‘As soon as he came into the village, Vanessa took an instant dislike to him. She hated the way he was with Rhona and she could see his controlling ways.

‘Nobody else could see it in the village, so Vanessa was the one who tried to warn people.

‘So, has Pierce come back for revenge of some sort and is Vanessa going to be in the firing line for this?’

However, that said, Michelle will appear in next week’s episodes so she is safe for now – and Michelle hasn’t ruled out a future wedding for Vanessa and Charity, suggesting she will make it out of this alive somehow.

The drama will continue on into next week’s episode and the hostage situation is set to intensify. Whether Vanessa will be Pierce’s next victim or if she will be rescued in time remains to be seen – viewers will have to stay tuned to find out.