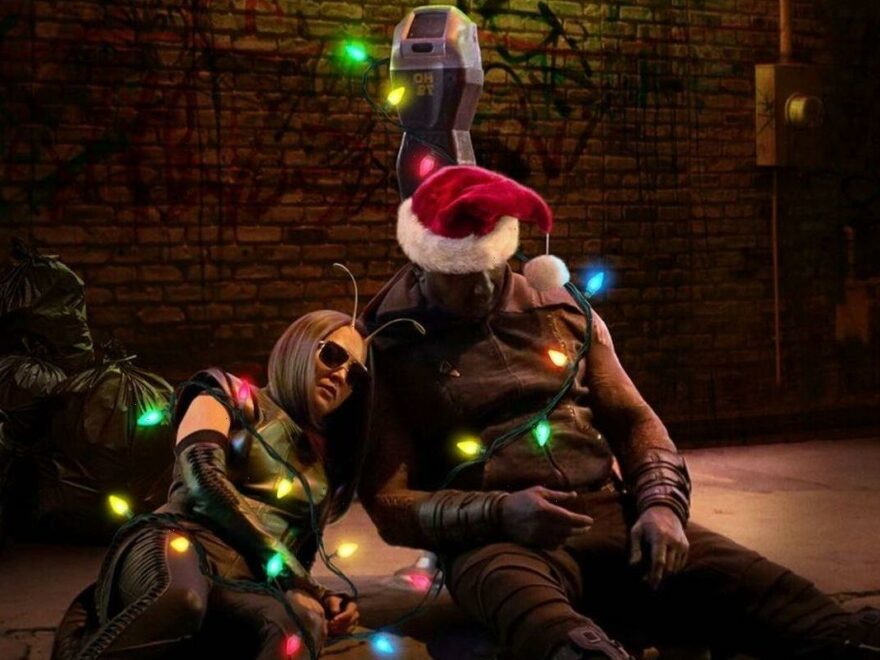 The ‘Guardians of the Galaxy’ filmmaker discusses his creative processes of penning the scripts for the two upcoming installments of Marvel’s space-faring family of misfits.

AceShowbiz –James Gunn penned the “Guardians of the Galaxy Holiday Special” in just a few hours. The holiday special follows Drax (Dave Bautista) and Mantis’ (Pom Klementieff) bid to help Peter Quill (Chris Pratt) rediscover his love of the festive season so they decide to present him with the actor, Kevin Bacon.

“The germ of the idea was just doing a holiday special. I love the holidays and I love Christmas cookies and I love getting together with my family and giving presents to each other. When I was a kid, I loved the ‘Star Wars Holiday Special’, but I also loved ‘Rudolph, the Red-Nosed Reindeer’,” Gunn told The Hollywood Reporter.

“I still think [‘How the Grinch Stole Christmas!’] is one of the greatest cartoons of all time. So the idea of doing a holiday special with the ‘Guardians’ was both a really funny idea to me and also something I really wanted to do.”

“And once I sat down and started trying to figure out what the story was, the Kevin Bacon idea came up very, very quickly. I’ll be honest, I wrote the screenplay in a few hours, so it just kind of spilled out of me. It was very easy. Everything about shooting it was easy.”

“Everything about getting the performances out of people was easy, whereas Vol. 3 was torture in every way. And so it was kinda like going back and forth between these two things. So it was really fun and really easy, and the score was instant.”

Although he admitted that “Guardians of the Galaxy Vol. 3” has been tough, he also called it a “joy.” He said, “It’s great. It’s a big movie, and it’s so different from the special because the special is so wacky and insane. The movie is so emotional, but it’s been a real joy making it.”

“So it’s coming along great. I still have a ton of visual effect shots I’m working on, and of course, putting the score together with John Murphy, which is gigantic. So those are the things I’ve been focusing on most, lately.”